Getting Lost in the Skies with Park Hyatt Tokyo

And having my acrophobia acting up.

Living the High Life in Tokyo

The Park Hyatt Tokyo has been a favourite of many Hyatt members and its ‘role’ in the movie ‘Lost in Translation‘ made it an international hit.

However, I have not watched the movie before so I do not really know what it is about.

The dates that I looked at to stay fell within the Bon Festival and is a long weekend holiday for the Japanese. As such, the prices were very substantial.

Thus, the chance to use my Hyatt Gold Passport points (before the new World of Hyatt currently) came and instead of paying more than 80k Yen after tax, I paid 15k points and $300USD per night.

With a points and cash rate, I was also able to use a free suite upgrade (which was one of the best perks of the Gold Passport programme) to a basic Park Suite.

And so, I made my way to where the hotel shuttle is scheduled to be at Shinjuku station and the small shuttle was there right on time and easy to spot.

The driver had my name on the list of guests checking in, and I was whisked to the hotel smoothly.

I gathered that the list helped the driver inform the hotel that I was checking in as I was greeted by name upon alighting from the shuttle and escorted to the front desk.

From there, I was escorted to my Park suite and the check-in done in the room with a swift tour around it.

This suite is facing Mount Fuji but the skies did not allow me to see the famous mountain.

Considering how small rooms usually are in Tokyo, this was a really big space. 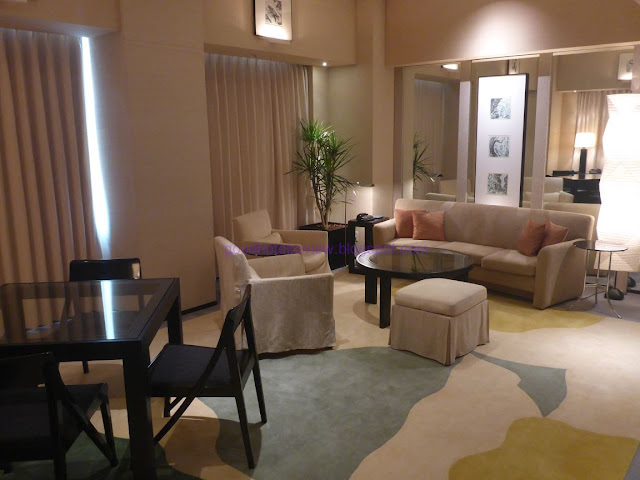 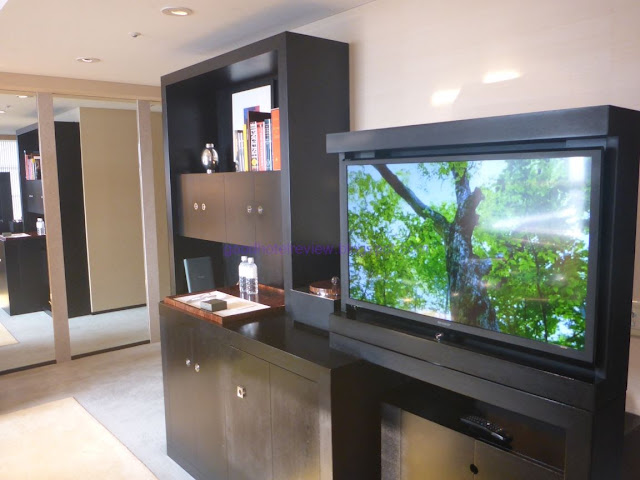 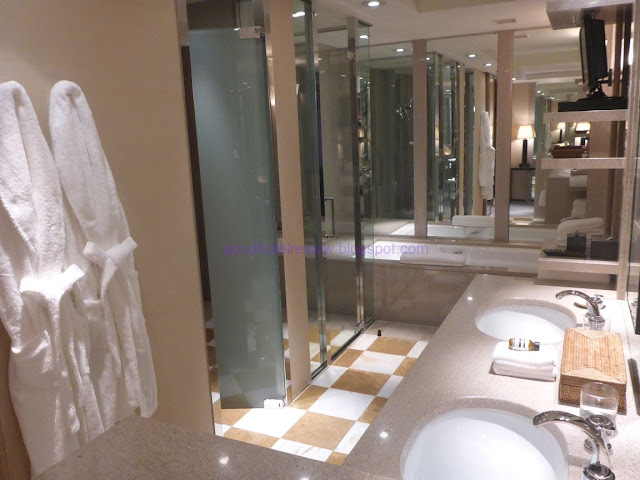 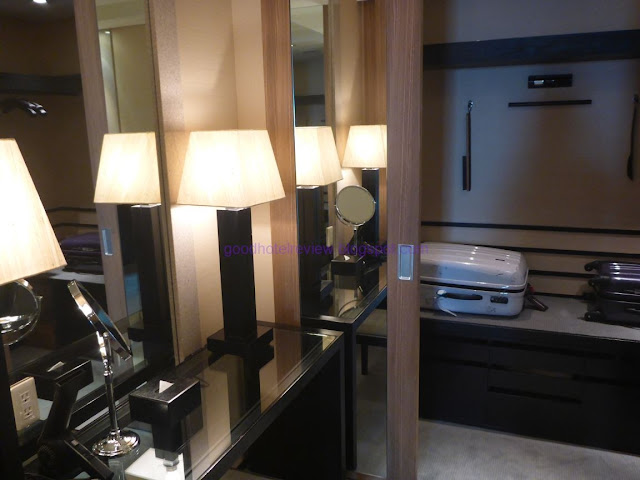 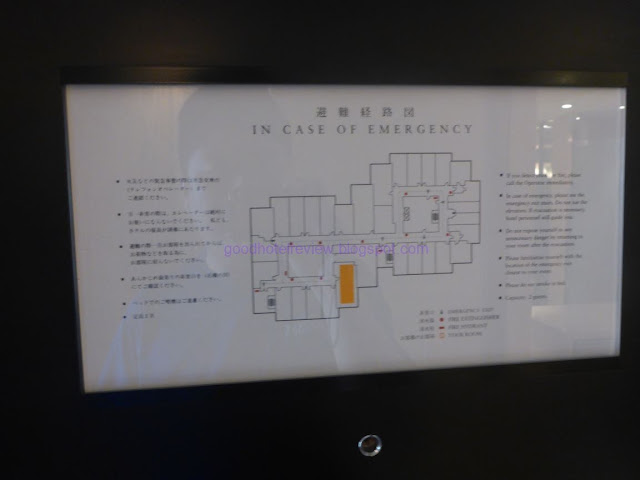 The bed was the largest I have seen, and without measuring it, I think it is a super king bed. I reckon this is probably the nicest photo of a bedroom I have taken so far. 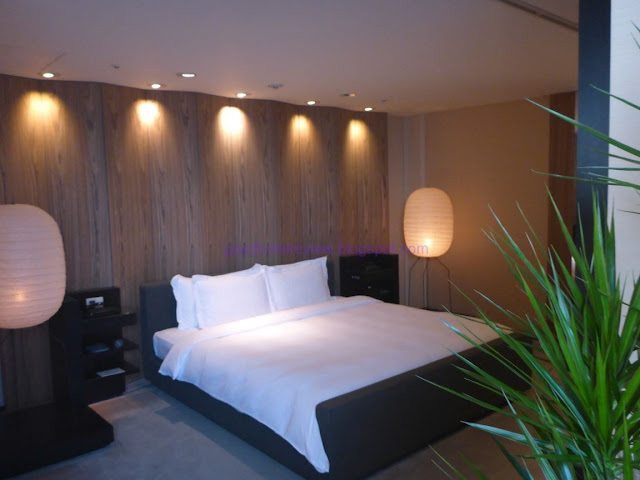 A small welcome gift was placed in the living room for me as well. 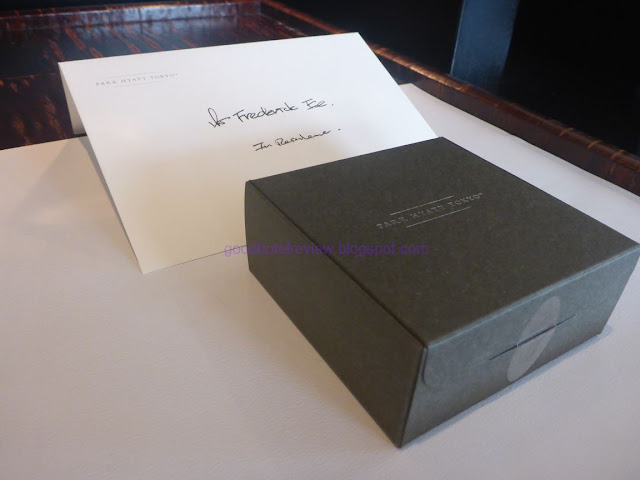 Walking out of the room, I looked around and took in the simple yet effective décor. The corridors were however a little to dim for my liking. 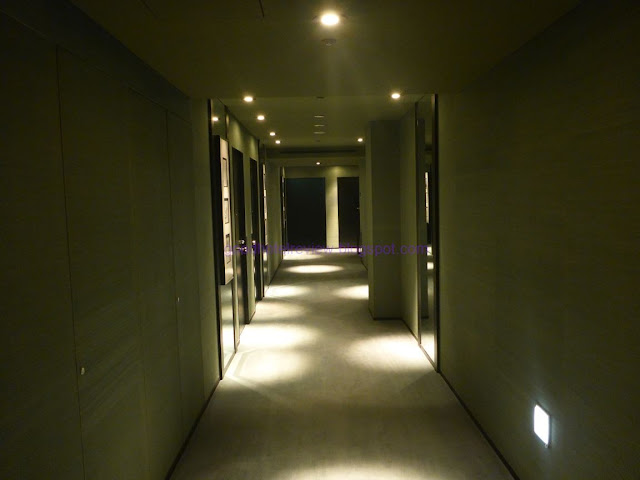 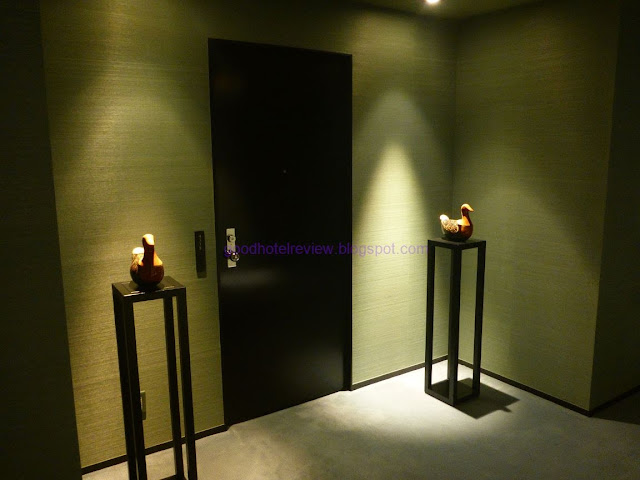 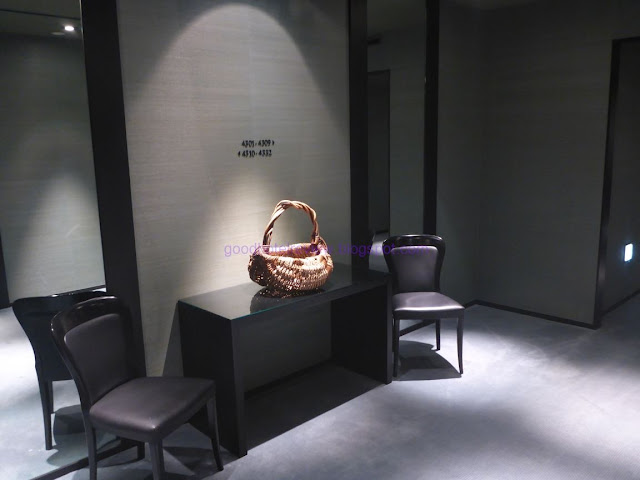 As a Hyatt Diamond (I’m so gonna miss that!), I had access to the evening cocktails at the lounge.

The swimming pool is located on the top floor but apparently no photography is allowed so I shall leave you with a picture of the bottles of water and the provided swim cap which one is suppose to wear.

Guess the Japanese are really particular about hygiene and floating hair in the pool. 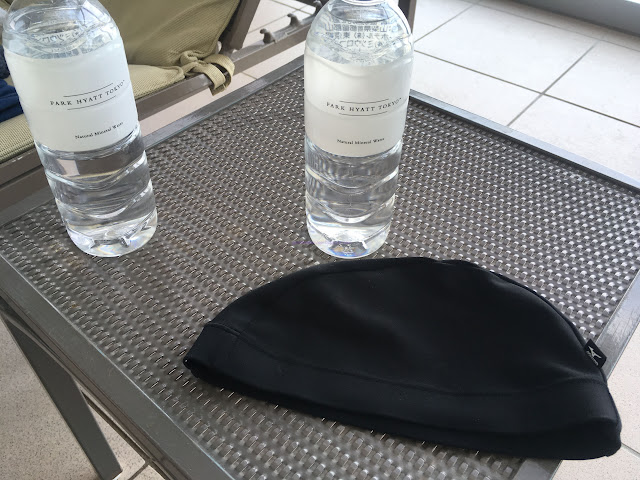 Breakfast was taken at the restaurant Girandole which looked really comfortable with its warm colours.

As a Hyatt Diamond, breakfast was complimentary and that saved me some dough. 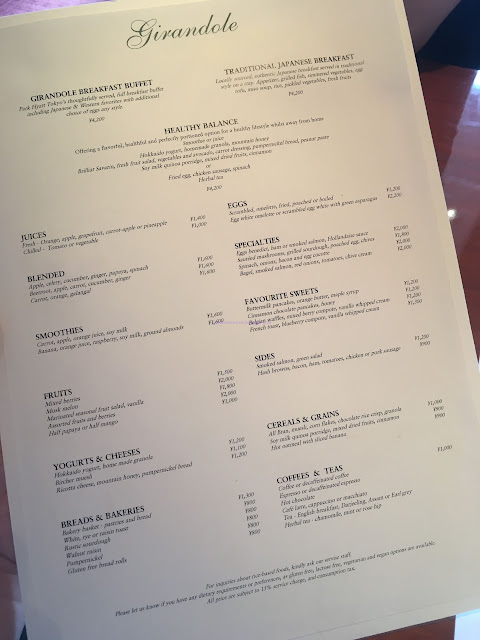 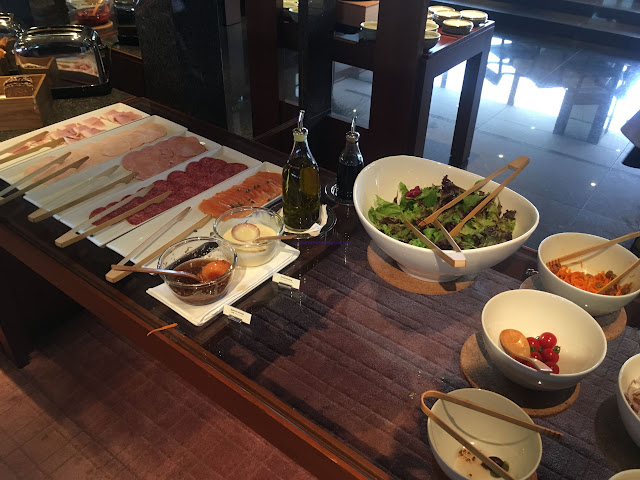 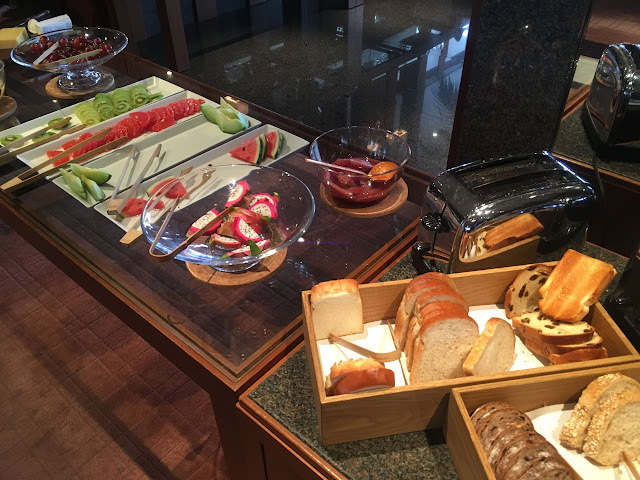 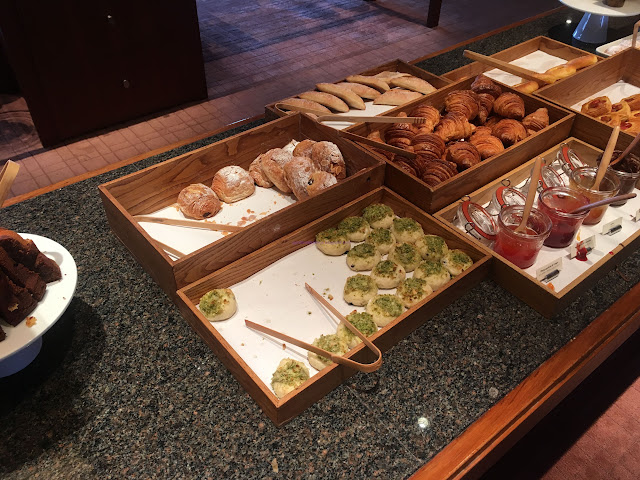 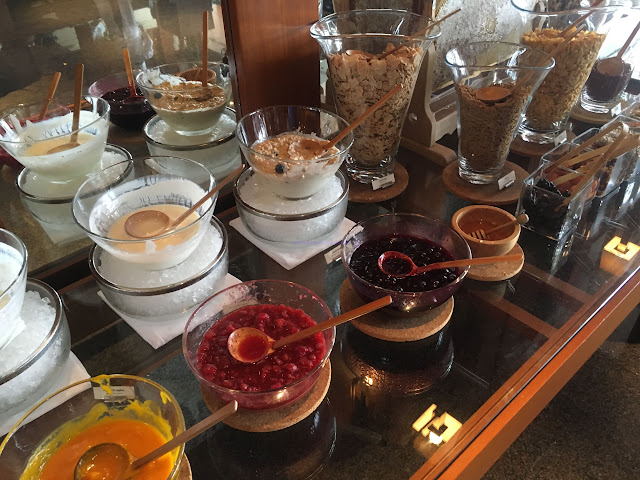 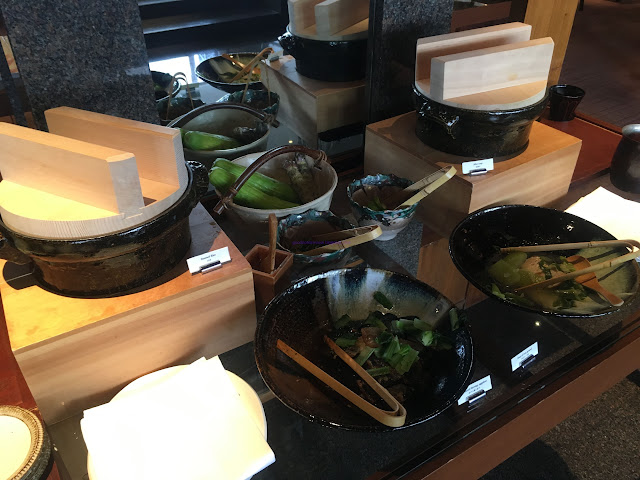 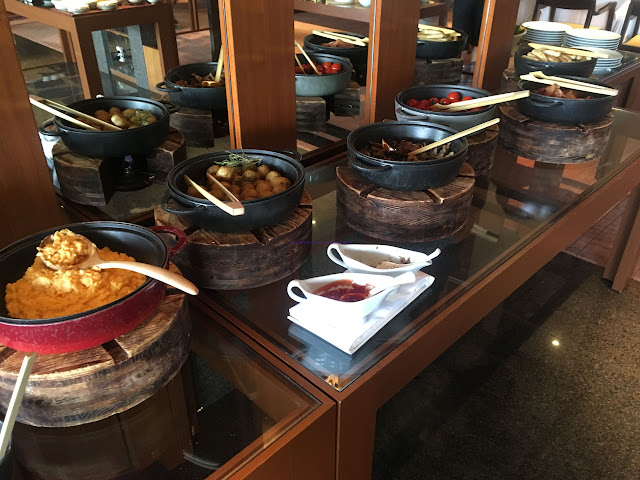 The range was definitely not like the lavish buffets of Bangkok, but the quality was good..

I really enjoyed my breakfast and the musk melon was a delight for sure.

With that, I had my late checkout without hassle on the day of departure.

A great experience without doubt and a good use of my Hyatt points which is now undergoing revaluation in the new World of Hyatt programme.

My only problem was my paranoia acting up with visions of earthquakes, tsunamis while being up so high, which implies certain death. Oh well, enough of that and just enjoy the views!

Fred Ee
Dr Frederick Ee is a medical doctor, author, blogger and traveler. He discovered his passion for travel on his first long-haul trip to New York City in 2012. His quest for premium travel experiences started on that very same flight as he endured a smelly foot beside him from the passenger behind him for the 24 hours of flight from Singapore to New York. He blogs at goodhotelreview.blogspot.com, focusing on hotel experiences. His most memorable moment of travel was to participate in the resuscitation of a collapsed patient during a long flight to Paris. Feel free to add him on Facebook with a message and his Instagram at @drfrederickee. He would like to thank MileLion for having him as a guest writer and hope readers would enjoy his writings and musings.
Previous articleHSBC Advance Extends 10X Rewards to 31 May 2017
Next articleReview: EVA Air B77W Business Class Taipei to Houston

Buy staycation vouchers at The Fullerton Hotel by 31 July 2020 for use in the next 12 months.
Read more

Staycations may be possible as early as end July, with Singapore hotels now able to apply for permission to take staycation guests.
Read more

Didn’t go to the gym to bulk up and where is the protein shakes and breast meat..
Would like to arm wrestle. With u one day .

Anyway just joking and thanks for the photos without which a Hoi polloi like me will never see.