Club Carlson is running a worldwide sale where nights are going at 30% off. Members get to book from 13 February 2018, public sale starts 18 February 2018.

Club Carlson, the group behind the Radisson and Park Inn group of hotels is currently having a members only sale from 13 February 2018 to 18 February 2018 where participating properties are going at 30% off. If you’re not a Club Carlson member, you’ll only be able to see sale prices from 19 February 2018 onward. Stays are valid from 28 February 2018 through 30 June 2018.

Through this promotion, if you’re a Club Carlson member you’re also entitled to receive extra 2,500 bonus points per stay during this promotion. Closer to home, the Radisson Blu Bangkok is participating in this sale where rates are around S$150 in March. The normal rates go for around S$160~. 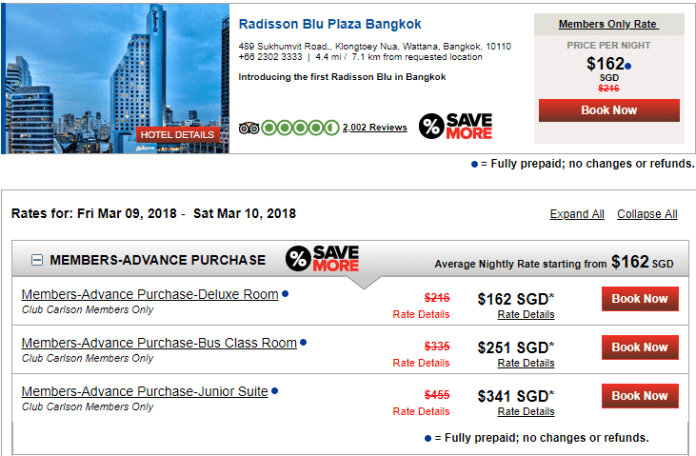 In Europe, the Radisson Blu Edwardian Berkshire hotel in London is going at S$372 during this sale. Normal rates are about $520 for a standard room for members (madness I know). 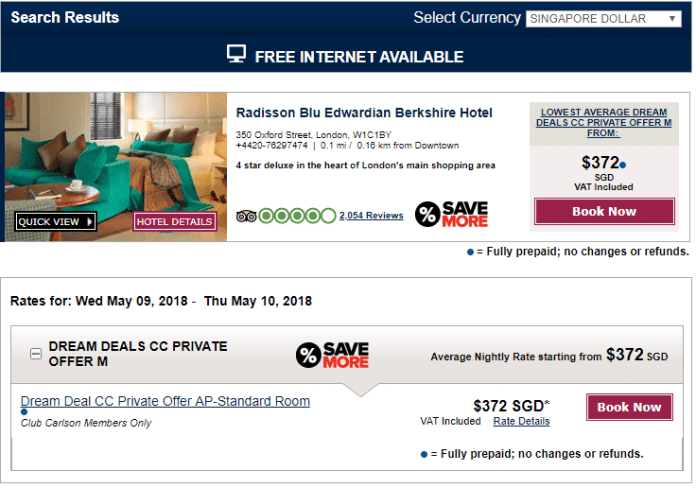 If you’re currently elite with SPG/Hilton/Marriott etc. , you can try requesting a status match to Club Carlson if you intend to take advantage of this Dream Deals promotion. Personally I was matched to Gold Elite with my Hilton Honors Gold status last year but sadly I didn’t have any stays and would be bumped down to Silver Elite come March 2018. Their membership year resets in February each year.

Here’s what you’ll be getting as an elite member in Club Carlson : 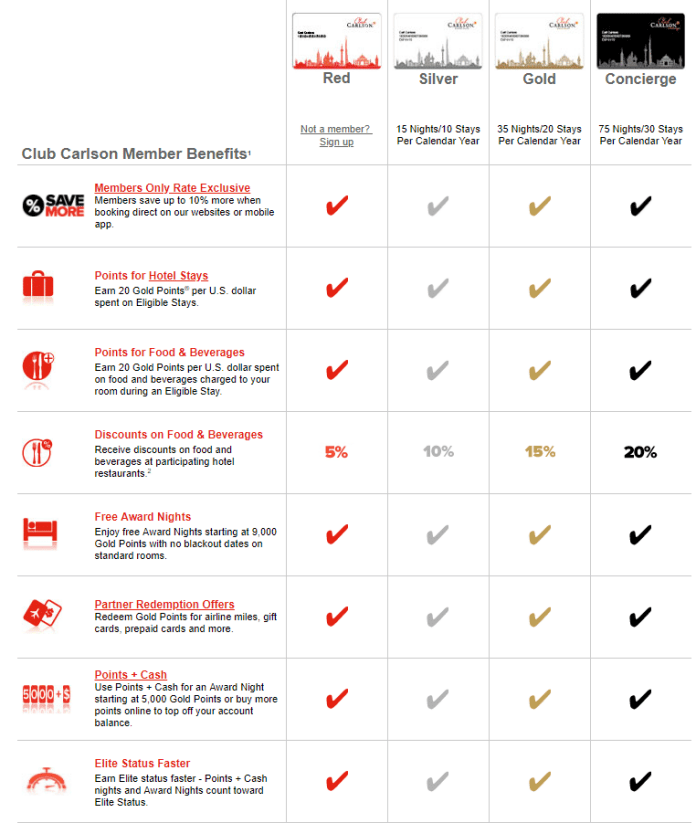 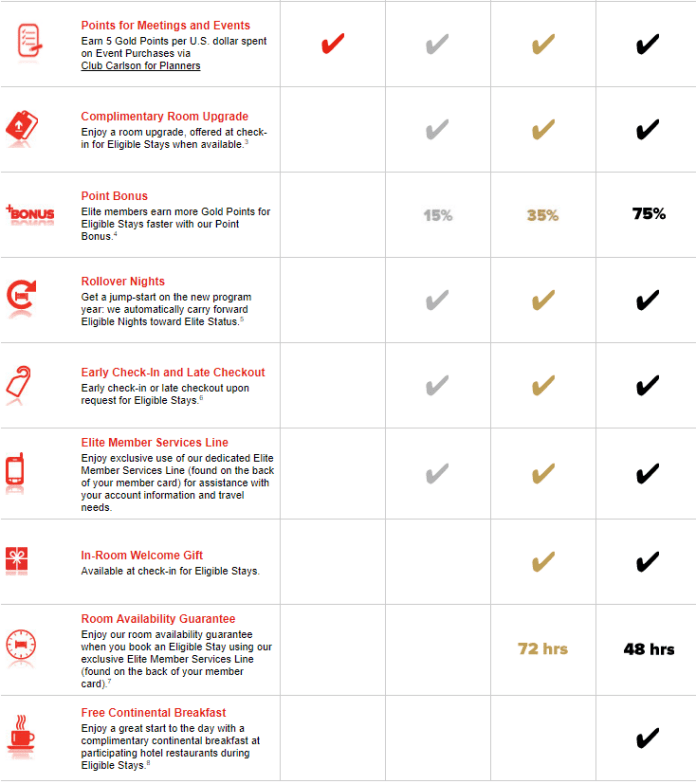 If you’re able to be matched to Concierge status, note that the breakfast benefit only applies to you if you’re a registered guest at the hotel. Also, for room upgrades, only Concierge members would be upgraded to a standard suite if available. If you’re a Silver/Gold member, rooms available for upgrade are your usual “rooms with better views” .

If you’re tired of the same old cookie cutter Sheraton or Westin hotels, why not give Club Carlson a go. Their footprint in Asia isn’t as wide as their footprint in Europe, Middle East and the United States so if you have an upcoming holiday planned to the Western hemisphere, it might be worth checking out Club Carlson, especially so if you’re able to get status matched.

Matthew Chong
Addicted to luxury travel while trying not to go broke, Matthew is always on the prowl for the best deals in the travel industry. When he's not busy studying, he can be found trawling the internet and reading up on credit cards, airlines and hotels. He also wouldn't mind taking you out on a date.
Previous articleAnnouncing The Milelion’s Monthly Miles Meetup for February
Next articleReview: W Boston