Hunt down BRG opportunities with Justbrg

I’ve written before about BRG opportunities, what they are and why you should be on the lookout for them. I’ve focused particularly on Starwood out of habit, but really the underlying idea is the same across all chains (just that the difficulty involved making a claim does differ) that offer such a guarantee.

I learned about a new online search engine called justbrg.com. The interface is ugly, the site is slow and sometimes unresponsive but damn if it doesn’t get the job done (and because it’s still a work in progress will I suppose get better over time). You can search the site for BRG opportunities in any given city for any given date- the site will compare OTA prices to the official site and flag any hits. JustBRG claims to support SPG, Hilton and Marriott but I was only able to get SPG to work. It might just be my browser though.

I looked at Starwood hotels in NYC and got some interesting data points. In this example we see The Westin New York Grand Central which is retailing for $227 a night on the official site versus $191 a night on a 3rd party site.

Click on “official” to go to the official SPG site where you can verify what they’re charging. Click on”BRG” to go to the third party site in question that is offering a better rate.

And indeed, it’s true! An OTA called “Prestigia” (which I’ve never heard of) has the room at US$191 a night 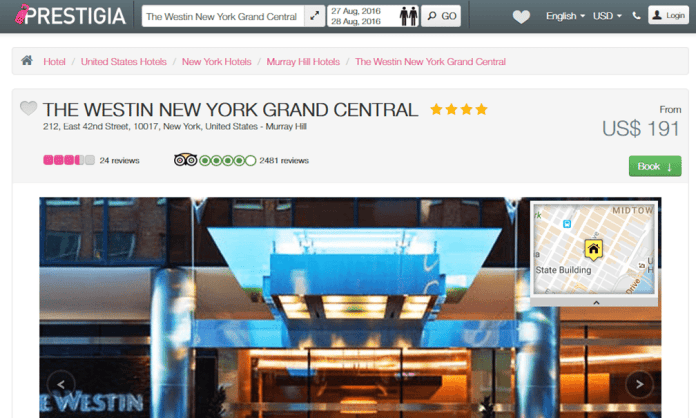 Versus the official site at US$227 a night. 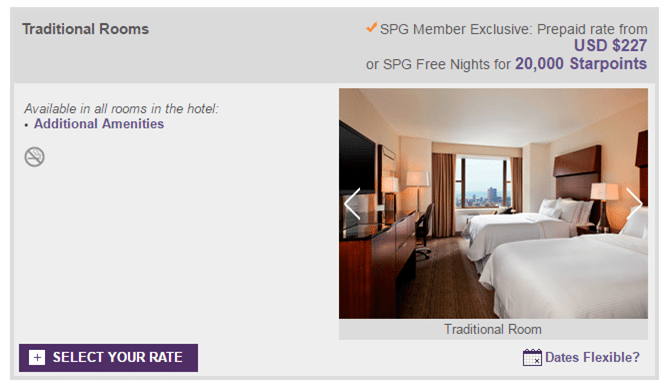 If you’re still not convinced, click through to the final price and you’ll see that even after you take into account taxes and fees the 3rd party site is still cheaper 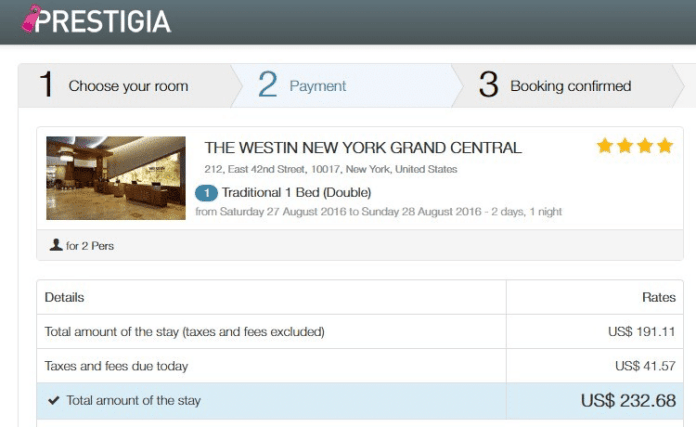 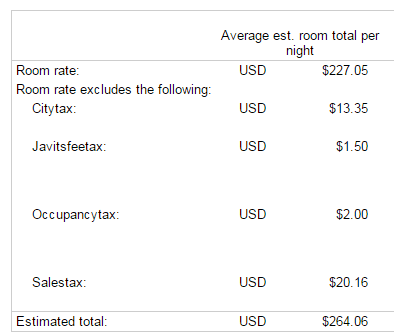 Now remember that with BRGs you need to compare like to like- so make sure the room you’ve chosen is the same type as that under the rate on the official site which you are matching to.

If you want a refresher on BRGs and how to file them read this or this.  All in all I think this is a neat tool and I’ll probably be using it to generate a few thousand extra Starpoints whenever I go on business trips.

Aaron Wong
Aaron founded The Milelion to help people travel better for less and impress chiobu. He was 50% successful.
Previous article
ICBC has $200 of free money up for grabs…
Next article
Targeted: 2,000 free miles for adding a Citibank Premiermiles Supp Card