IHG's PointsBreak for Spring 2018 is going to be released at around 10pm 29 January 2018 (SGT). Increased choices of hotels and increased points required this time around.

IHG releases their PointsBreaks list of hotels for bookings almost every quarter where an award night will be going at a deep discount of just 5,000 IHG Reward Points per night. Of course, this is all subject to availability and more often than not the rooms that each hotel offers at 5,000 points will be snapped up quickly.

This time around, IHG has announced that the latest PointsBreak hotels will be made available for booking starting 29 January 2018 (10pm on 29 January 2018 Singapore time). The promotion will run until 30 April 2018 and your stays have to be completed by 30 April 2018.

Along with announcing the preview of hotels that will be on offer during the upcoming PointsBreak promotion, IHG has also announced that there will be now 3 different points redemption tiers for a free night.

I’ve lifted the preview list of the hotels that will be made available during the upcoming PointsBreak from Lucky of OMAAT :

As per what Lucky has commented, the fact that there’s 3 InterContinentals on the PointsBreak list is a welcome change as previously, the list of hotels would be comprised mainly of Holiday Inn Expresses and Holiday Inns located at rather inaccessible locations. For comparison’s sake, you can check LoyaltyLobby’s coverage of the previous PointsBreak promotion.

While some might call this a devaluation of sorts, I feel that IHG is making positive changes to the PointsBreak program by offering 3 different tiers of hotels and price points which correspond to the popularity and type of hotel while potentially expanding the list of hotels available. Taking the example of the InterContinental Sao Paolo, on a normal redemption you would need 35,000 Reward Points compared to just 15,000 Reward Points during PointsBreak! That’s still quite a good rate for an InterContinental property.

Note that location wise, it’s rather far from any amenities so bear that in mind if you were to take advantage of the PointsBreak rate. (unless you’re interested in driving way up north for a game of golf and prefer this particular course) 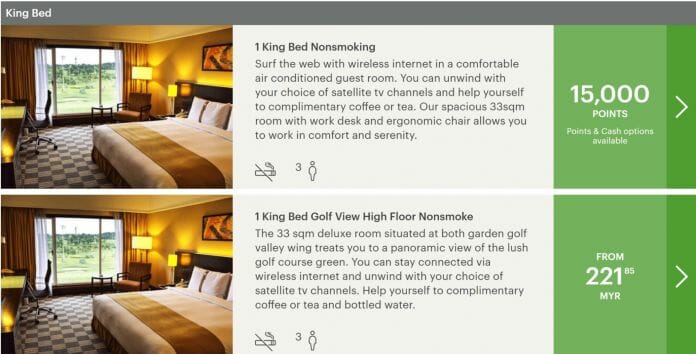 In most of the PointsBreak promotion previously, the hotels available would normally be located far off from the city centre or located in some ulu place that’s inaccessible unless you have a car.

If you do not have a stash of IHG Rewards Points available, you’d be glad to know that IHG is currently running a sale where you’ll be able to receive a maximum of 75% bonus on points purchased. Previously, they ran sales which offered 100% point bonuses so I wouldn’t really advise going for the current sale unless you have a upcoming redemption in mind.

Points purchased from IHG are processed by points.com and not by IHG directly so using your DBS Woman’s World Mastercard to earn 4mpd (up to S$2,000) would be your best bet. I’m not entirely sure the UOB Preffered Platinum Visa would give you 4mpd though but if you don’t hold the DBS WWMC, using the HSBC Revolution card would earn you 2mpd as well.

Again using the example of the InterContinental Sao Paolo, a paid night starts from USD121, you’d still be saving close to USD20 a night on a PointsBreak rate. Keep in mind that in one calendar year, you’re only allowed to purchase 60,000 IHG Rewards Points so plan your purchase carefully. 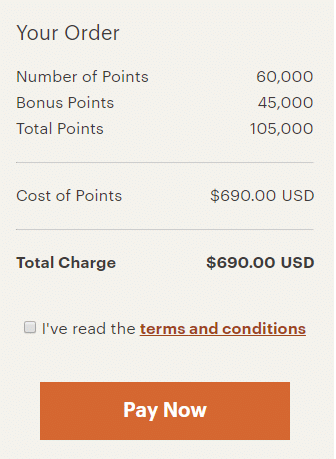 At a rate of 15,000 Reward Points per night for a PointsBreak property, I’ll be expecting more premium hotels in the full list which IHG will be releasing at noon 29 January 2018 (or for us around 10pm on 29 January 2018). IHG PointsBreak has always been a very good deal if the stars align in your favour so keep a look out for the full list that goes live at or about 10pm 29 Jan 2018!

Also note that as per LoyaltyLobby, you’ll only be able to book a maximum of 2 different reservations on a PointsBreak rate but there is no cap on the amount of nights that can be booked. As long as the hotel still has PointsBreak award inventory, you should be good to go!

If you’re buying points online, you might want to consider the following cards:

Matthew Chong
Addicted to luxury travel while trying not to go broke, Matthew is always on the prowl for the best deals in the travel industry. When he's not busy studying, he can be found trawling the internet and reading up on credit cards, airlines and hotels. He also wouldn't mind taking you out on a date.
Previous article
How CNA’s “Singapore Airlines doesn’t deserve our online hating” article misses the point entirely
Next article
Review: Marriott Sao Paulo Airport

Love the blog but what’s up with the increased credit cards hawking lately?

If it’s relevant why not include it? For the record we don’t actually earn anything from some of these links. For eg the dbs woman’s world card doesn’t earn the site anything. It’s just there so people can sign up for a good card