Does anyone remember the Young Explorer Club, Singapore Airlines’ FFP for kids?

From 1994 to 2006, Singapore Airlines ran the Young Explorer Club, an FFP designed just for kids.

While digging through some old photos to put together my wedding montage, I came across a few gems. It seems The Milelion’s love of premium cabin travel goes way back… 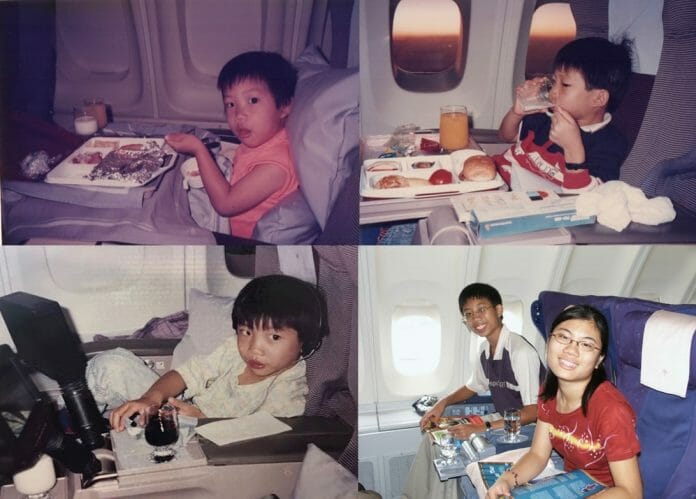 Ah, how I remember those days. When I first started flying, airplanes didn’t even have IFE, and the only distractions were the coloring books and model toys the doting stewardesses would hand out. In fact, it was such a novelty when KrisWorld first launched and I could play Super Nintendo at 30,000 feet. It was a time when the Ultimo seat was the best Business Class had to offer. A simpler age.

Seeing all those photos also brought back memories of a very special program that Singapore Airlines used to run just for kids. During routine spring cleaning, my dad stumbled upon something rather interesting… 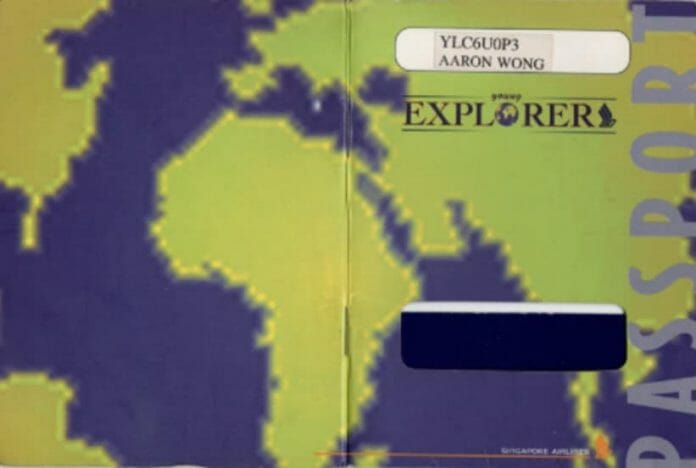 Young Explorer was eventually eliminated in 2006 and merged into KrisFlyer, which today is the default program for anyone aged 2 and above. But those of us lucky enough to be part of Young Explorer will always remember it with fondness.

There is almost zero information available online about the Young Explorer Club, so I figured I’d try my hand at piecing what little I remember together…

You had your own membership card, elite tiers and requalifying gifts 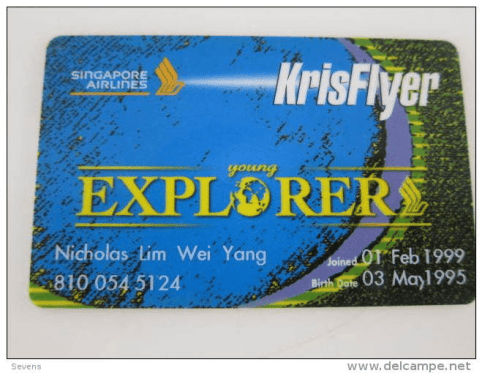 As a Young Explorer, you had your very own membership card that you’d proudly plonk on the counter at check-in, just like a grown up. Remember, this was way before digital devices were commonplace- you needed a physical card to get your miles credited. 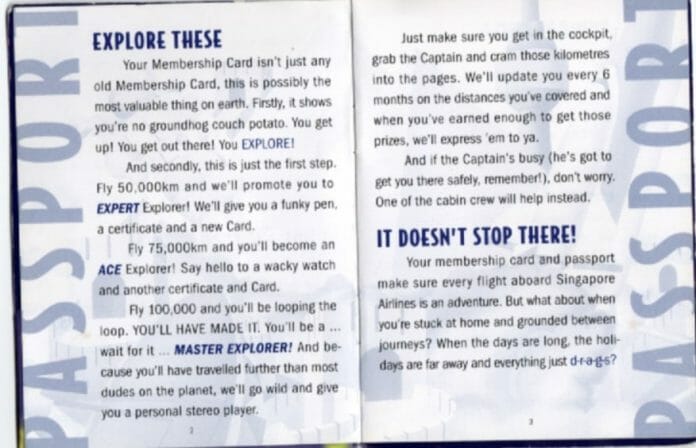 Or perhaps I should say kilometers. Young Explorer had a total of four tiers, and and interestingly enough, qualification was based on km, not miles (probably because Passages was also kilometers-based at the time).

Say what you will about Singapore Airlines, but they really knew how to get kids locked into the status race early on in life. I distinctly remember my first taste of status anxiety, when as an Ace Explorer I bugged my dad to schedule another flight that year just so I could requalify.

Elite status in Young Explorer didn’t grant you lounge access or priority baggage. Heck, your kilometers couldn’t even be redeemed for flights. However, it did come with special gifts:

Try as I might, I never qualified for Master Explorer and can’t tell you if that stereo player was any good.

The pilot signed your passport on every flight

As a Young Explorer member, the cabin crew knew to make you feel extra special. Midway through the flight, they’d come and ask if you wanted to visit the cockpit. Of course you would, so you’d be escorted in and introduced to the Captain (this was way before 9/11, mind you). He’d show you all the dials and buttons and what each of them did, tell you some fascinating facts about flying and maybe give you a badge, if he had one handy. 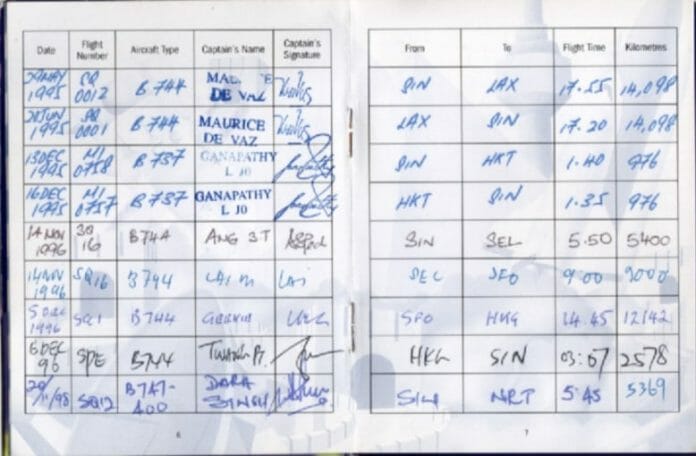 Before you left the cockpit, he’d sign your passport, certifying your flight number, aircraft type, route, flight time and distance flown. This was purely cosmetic, as your details would already have been recorded on computer at check-in, but to me it was the most satisfying part of the entire experience.

There were times when operational considerations meant you couldn’t visit the cockpit, but in those cases the crew would still bring your passport to the Captain who would sign it in his free time.

For example, I’m pretty sure that the Maurice De Vaz who signed my passport on 29 May 1995 is the same De Vaz who later went on to serve as SVP of Flight Operations at SIA and a board member of Tiger Airways. There’s even a short piece on him in a biography about former SIA MD Lim Chin Beng:

Similarly, I’m 99% sure that the Ganapathy L JO entry on MI758 refers to Leslie John Ganapathy, who later became VP and Chief Pilot of Flight Operations at SilkAir. If his name sounds familiar to some of you, that’s because he was a central figure in the inquest into the MI185 crash.

Final piece of trivia for Avgeeks- see the 14 November 1996 entry from SIN to SEL/SEL to SFO? “SEL” was the old airport code for Seoul, back when Gimpo was the primary international airport. Incheon was only opened in March 2001, and subsequently became the main international airport for Seoul with the IATA code ICN. Gimpo was later renamed GMP.

You had your own quarterly magazine

Young Explorers had their own quarterly magazine, packed with travel articles written for kids. This was a chance to showcase some of Singapore Airlines’ exotic destinations, and maybe get kids to bug mum and dad to bring them there. You can see on the covers below some destinations that SQ no longer flies to, like Cairo and Madrid. 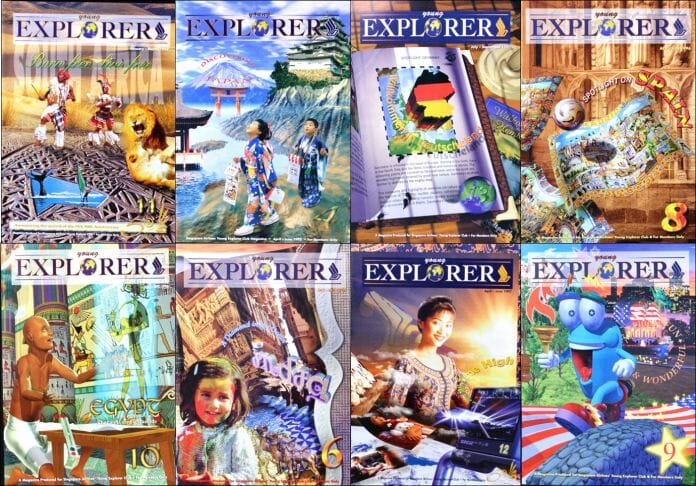 There was a pen pal section where you could write in about your travel experiences, and I remember enviously reading about one member’s First Class experience. “I’ll never get to do that,” I thought…

You got invited to special events

Just like PPS members, Young Explorers also had special events of their own. I distinctly remember that as an Ace Explorer I received a pair of tickets to watch Space Jam when it first came out in 1996. Yes, Space Jam- the dramatic vehicle that turned Michael Jordan from basketball also-ran to veritable thespian.

The Young Explorer Club was really a relic from a bygone era, and one which captured the fascination that kids had with flying. But programs cost money to run, and ultimately economic reality takes hold. Case in point: I can’t think of any other airline that runs a frequent flyer program specifically focused on children today. 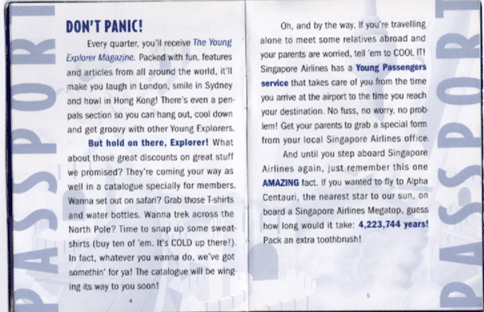 Aaron Wong
Aaron founded The Milelion to help people travel better for less and impress chiobu. He was 50% successful.
Previous article
Last 3 Days for SingSaver January offers: Up to $200 when you sign up for credit cards
Next article
SIA launches their own OTA: Singapore Airlines Holidays

Lucky you, Aaron.. Premium Travel during a time when “Premium” was even more Premium.. and, the fact that you were privileged enough to have experienced all this at such a young age, didn’t make you a future travel-brat, and you now do your best (and help others too) in Flying Better For Less..

We were very blessed! My dad’s company picked up the tab because most of it was flights between Sin and sfo where he was posted

Omg… this is the best throwback ever. I don’t remember the tiers (probably because I never qualified back then, haha!) but I remember the card (I thought I was so cool), the cockpit visits (always the highlight of my flights), and those old J seats (back when it was still called Raffles Class). Alas no more cockpit visits after 9/11. I might be a few years younger than you though, I don’t recall a time without IFE (maybe I was just too young). When was KrisWorld first introduced?

Great throwback! Love nostalgia posts about travel in the days gone by…

Holy shit, this is one hell of a throwback. I’d almost forgot I was part of this. Getting the pilot autograph was the highlight of my five-year-old life.

There’s a picture of toddler me on the tarmac with a pilot cap on. Wonder if that was actually someone’s donated hat.

Very cool! Emirates runs the Skysurfers program for children. However, a quick glance at their website now and it appears more linked to the Skywards program that it used to be when I flew with a lot back in the early 2000s and a teenager. Back then it was a stand-alone program I think.

I was part of the British Airways equivalent. Somewhere I must still have my travel log with the pilot’s initials (such excitement to visit the flight deck!) and my membership badge (gold wings). Obviously 9/11 was bad for much more serious reasons but it’s sad to think how much it took away from the younger generations. I don’t recall any benefits to BA’s kids program (no magazine or stereo player).

quite right- before 9/11 you could even sit in the cockpit as the pilot landed the plane!