The SilkAir brand is no more, as Singapore Airlines absorbs its regional carrier and 9 Boeing 737-800s. Here's what to expect.

Singapore Airlines has announced that it will begin operating Boeing 737-800 aircraft on flights to Phuket from 4 March 2021, marking the first time in more than 30 years that the airline has operated a narrow-body aircraft.

SilkAir will operate twice a week flights to Phuket throughout February, but come 4 March the mantle will be taken up by Singapore Airlines instead, in the form of SQ736. 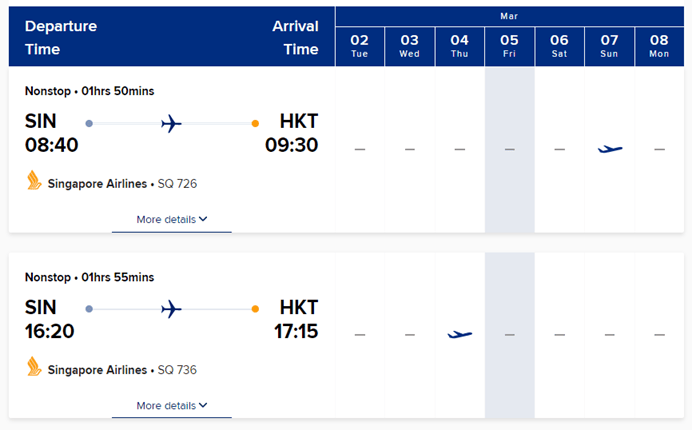 More SilkAir routes will be progressively transferred as nine Boeing 737-800 aircraft join the Singapore Airlines fleet, and Brunei will be the next route to receive the plane (from 15 March 2021). The full integration of SilkAir into Singapore Airlines is scheduled for completion in the 2021/22 financial year.

SilkAir brand to be merged into Singapore Airlines

Back in 2018, it was announced that the SilkAir brand would be folded into Singapore Airlines. The airline has now commenced the official integration.

For more than 30 years, SilkAir has been the regional wing of Singapore Airlines, flying to cover 40 destinations in Asia Pacific, often chosen for its service reliability and its promise to make every journey a joy to fly.

From 28 January 2021, SilkAir will start its integration into Singapore Airlines – part of a planned merger announced in 2018. You can now enjoy a world class experience, no matter how short your journey.

However, now that SilkAir is folded into Singapore Airlines, KrisFlyer members will have to compete with other Star Alliance frequent flyer members for award space on regional routes. For example, Lufthansa Miles & More members will soon be able to redeem FRA-SIN-HKT on a single Singapore Airlines itinerary, whereas they could previously only redeem up to SIN (as SIN-HKT would be operated by SilkAir).

It is good news for elite members of other Star Alliance frequent flyer programs who are connecting through Singapore. A major bugbear used to be that if their last leg were operated by SilkAir, they would not be permitted lounge access in Singapore (since SilkAir is not part of Star Alliance). This will cease to be an issue, now that Singapore Airlines is one monolithic entity.

What cabin experience can we expect?

While SIA says that the SilkAir merger will offer customers greater consistency in product and service, that’s not likely to happen in the short run.

That’s because a full-flat Business Class will not be launched along with the B737-800s. These aircraft will continue to use SilkAir’s old recliners, with a few cosmetic improvements (the eDM talks about “newly upholstered seats”).

There will be a total of 12 Business Class seats, arranged in a 2-2 configuration. Having flown these a few times, I can say they’re far from life-changing. In fact, I find them to be downright uncomfortable, due to their lack of lumbar support and flimsy legrests.

What about that much-discussed new Business Class seat? We learned in 2019 that Singapore Airlines had selected Thompson Aero to provide its narrow-body Business Class product, and the Vantage (seen below on flydubai) was touted as a likely candidate.

However, these were intended for the Boeing 737 MAX 8 aircraft, and the aircraft’s grounding meant the new seat was similarly delayed (“introducing our latest Business Class product, exclusively on a plane that may or may not be safe to fly!” might not play so well). It’s highly doubtful that the B737-800s will be retrofitted with this product, given the MAX 8s were always the long term fleet plan for SIA.

Another downer is that the B737-800s won’t have personal IFE screens. IFE will instead be delivered via a “web-based platform”, which I suppose will be very similar to SilkAir Studio. Economy Class passengers can stream movies, music and TV shows to their individual devices, while those in Business Class should continue to receive complimentary tablets if they need them.

Don’t expect Wi-Fi to be made available on these aircraft either, and the real bump to consistency and PaxEx will be when the 737 MAX 8 returns to service. This should happen very soon, and there are currently six in the SilkAir fleet (one of which just flew back from Alice Springs in late December).

Hopefully SIA will act quickly to introduce its new Business Class product (and retire/retrofit its B737-800s) and provide a true level of consistency across its fleet.