Google Pay Singapore has launched a CNY game which runs from now till 26 February 2021. Users will collect “Huat pals” by completing different actions, such as sending money, paying businesses or completing referrals. 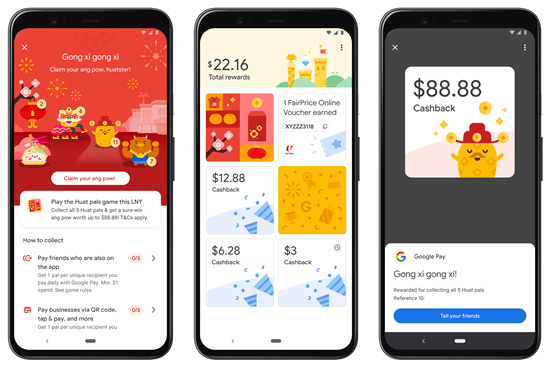 Users who collect all five Huat pals will receive an ang pow scratch card worth S$8.88 to S$88.88, a maximum of once during the promotion period.

How to earn Huat pals 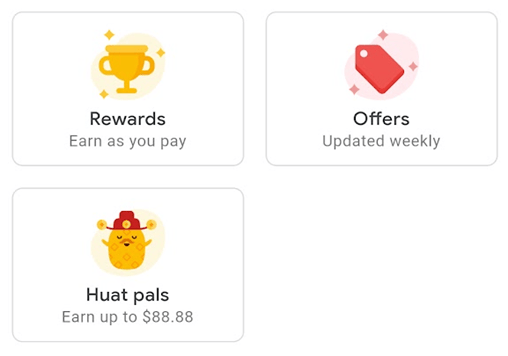 To access the campaign, scroll down on the Google Pay app’s homepage and tap on Huat pals. 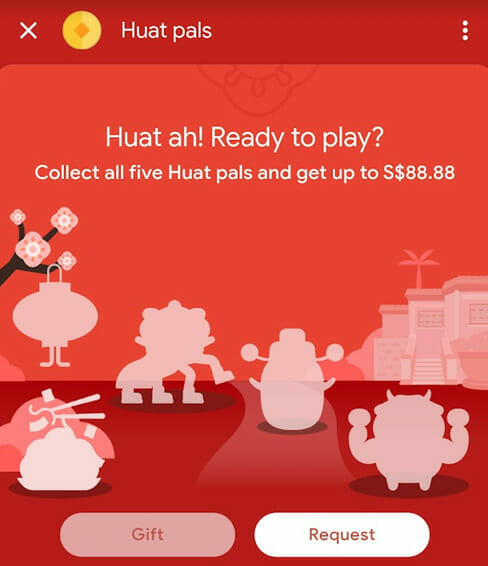 You’ll be brought to a screen showing the silhouettes of the five Huat pals you need to collect to unlock your angbao scratch card.

Huat pals can be earned by doing any of the following actions (actions and payoffs may change daily, refer to the app for the latest): 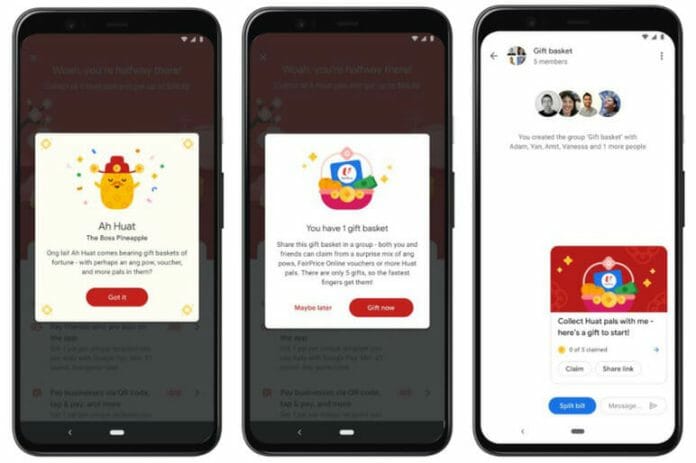 As a random surprise mechanic, Ah Huat the Boss Pineapple may occasionally be received in lieu of a Huat pal. This awards you a gift basket, the contents of which can be unlocked by sharing with a group of five on Google Pay.

Each basket has five rewards, including a random mix of ang pows, Huat pals and NTUC vouchers. Rewards are fastest fingers first, so be sure to claim yours as soon as you share the basket.

The full T&C of the Huat pals campaign can be found here.

Just like Grab’s zodiac coin game, Google’s algorithm will obviously be carefully calibrated such that the odds of getting each Huat pal will be different. Some will be more common, others more rare. Even after you collect all five, there’s still a further element of randomness in determining where along the S$8.88 to S$88.88 continuum you fall.

But since there’s no reason not to use Google Pay (you’ll earn credit card rewards as per normal, plus regular scratch cards), this adds a fun little mechanic to the process.