Using a Citi Rewards Card with your Apple Pay, Google Pay or other mobile wallet for in-app payments? The best you can hope for is 0.4 mpd.

Back in March 2019, Citibank gave the Citi Rewards Card a significant enhancement by expanding its 10X points (4 mpd) categories to all online spending, with three exceptions:

My assumption had always been that “mobile wallet” referred to mobile wallet top-ups, i.e GrabPay or YouTrip. That made sense, since they weren’t retail transactions; you’re simply transferring funds to a different method of payment.

But, slowpoke that I am, I’ve just learned that assumption is incorrect- more than two years later. If you already knew this, good on you. Go straight to the comments section and have at it. Otherwise, if you currently have a Citi Rewards Card paired with a mobile wallet like Apple or Google Pay, you’re going to want to avoid using it for online/ in-app payments, because the best you can hope for is 0.4 mpd.

The problem came to light during the ongoing KrisShop x Kris+ promo, which offers 9 mpd on duty-free shopping via Kris+, plus up to 4 mpd from credit cards.

KrisShop purchases code as online transactions with MCC 5309 (Duty Free Stores), which are normally eligible for 4 mpd with the Citi Rewards Card. The problem is, Kris+ only accepts in-app payments via Apple or Google Pay. Cardholders who paid with their mobile wallet-linked Citi Rewards Card reported earning only 1X points (0.4 mpd), and not the bonus 9X points (3.6 mpd).

The list of eligible transactions that are eligible for 10X Points are:

(i) a Qualifying Charge made at any department store, or retail store worldwide, or shopping website that sells clothes, shoes and bags as its main business activity, determined by the following Merchant Category Codes (MCC), and:

(ii) a Qualifying Charge made at any online retail merchants, excluding mobile wallet and travel-related transactions

As mentioned, my working assumption has always been that the part in red referred to mobile wallet top-ups, e.g. GrabPay or YouTrip.

But after reading reports of people missing out on 4 mpd with Kris+ and KrisShop, I dropped Citibank’s comms team a mail to clarify, and got this response:

The MCC of the transaction remains the same, after all, and it certainly doesn’t affect your ability to earn regular rewards (e.g. paying with the Citi PremierMiles Card paired with Google Pay will still earn 1.2 mpd on general spending).

To be fair, you could make that exact same argument for the UOB Preferred Platinum Visa, which awards 10X points for contactless in-person transactions made via mobile wallets, but not the physical card. Why is that any different?

I don’t know why, but it is. My uneducated guess is there’s differences in swipe fees for payments via card versus payments via mobile wallet, which affect transaction profitability and the viability of offering 10X points. 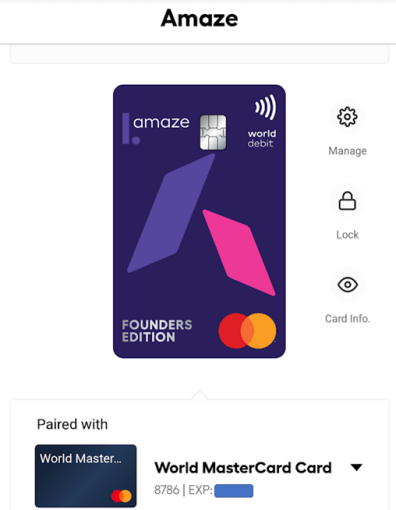 If you must use your Citi Rewards Card for mobile wallet transactions, one workaround I’ve read is to link it to your Amaze (Amaze supports Mastercards only). Then, add Amaze to Google Pay and proceed as per normal.

Amaze will be the merchant showing up on your Citibank statement, and the transaction will be processed online for 4 mpd (plus 1% cashback, as per Amaze’s regular T&Cs).

While the Citi Rewards Card will earn 4 mpd for in-app payments on foodpanda, Deliveroo, Zalora and the like (well…it should), it won’t earn 4 mpd should you pair it with your mobile wallet and transact via that medium.

To clarify some confusion caused by an earlier version of this article: you can still earn 4 mpd when using mobile payments to pay in-store at merchants selling bags, shoes, or clothes, or at department stores. However, you won’t earn 4 mpd if your use your mobile wallet for in-app or online transactions.

Aaron Wong
Aaron founded The Milelion to help people travel better for less and impress chiobu. He was 50% successful.
Previous article
Perth to reopen to international travellers in February 2022
Next article
New GHA DISCOVERY Loyalty Programme: Q&A with the CEO

Does someone know if phone purchases at an M1 store earn the 10 points per dollar spent? My monthly phone bills seem to have gotten that rate, but I am not sure about brick-and-mortar store purchases. My wife is on the way there now to get a new phone, and we are still not sure, so would appreciate some swift advice from someone who knows. 🙂

No. If payment is not made online, only certain shopping MCC gives 10x points. Telco is not one of these MCC.

Would have been faster to ask on Telegram no?

Am confused…if i use gpay (mapped to my citibank card) to pay for my shoes purchase, will i be eligible for 10x points?

Yes, if the shoes purchase fall under one of the selected MCCs for shopping. The “mobile wallet” exclusion affected online spend only.

Oh man. Lol I had to read this article 2 times. Lol 😂 why is Citibank making it so tough .

Thank you Aaron. I think it’s so ridiculous and complex. Sigh

this is why i never use any mobile payments. I take physical card every time

I’m surprised you didn’t know this. There was some big hoo-ha few years ago because Apple wanted to be charged lower commissions like a chip credit card (their argument was Apple pay is just as secured as the physical card), instead of higher commission like an online purchase. So using Apple pay or Google pay is as if you are paying with a physical card.

The Citi rewards perk for 10x points for online and shopping transactions. Those members would also get 10x when using their physical card for shopping…

Ahh… I thought I read somewhere that using CRV to top-up Shopee wallet actually gets 10x too. Am I mistaken and/or getting on with age?

As much as I tried to understand this issue, my experience is different. I’ve only used CRV thru Apple Wallet, and have not carried the physical card with me for years. I’ve always meticulously checked my reward points credited (w statement, excel spreadsheet & citi login), and over the years all the expenditure and points credited reconciled properly (a few points here and there excepted, and a few boo-boos on my part when I used the card wrongly on bonus-ineligible spends). Generally Citi has awarded bonus points on all my in-person contactless spend at the Departmental stores (CK Tangs mainly).… Read more »

This refers to online spend.

What about for transactions made by Kris+ (mobile transaction) and those PayWave payments at restaurants at hotel outlets using the Citi Rewards card? Would these be entitled to 4 miles per dollar earning?

Made a payment for predeparture ART on Raffles Medical app and did not get 10x.. only 1x was awarded, is it same issue as above?

will i be eligible for 10x rewards if i perform a contactless payment using apple watch for the Citi Rewards card at a physical merchant? getting a little confused here thanks!

What if you use Kris+ app in-store and it opens up the Apple Wallet?