Activate EZ-Link's Pay by Wallet feature and get up to S$10 free cash for a limited time.

A couple of years ago, EZ-Link launched its EZ-Link Wallet, which allows customers to pay via QR code at supported merchants.

This barely registered on my radar (because if there’s one thing we needed, it’s yet another e-wallet), but here’s a slightly more interesting development: EZ-Link and Mastercard have partnered up to launch a new feature called Pay by Wallet.

This adds virtual Mastercard functionality to your EZ-Link Wallet, allowing the funds to be spent at more than 80 million Mastercard online and in-store merchants worldwide.

Since there’s no way to earn miles for topping up an EZ-Link Wallet, however, what most of you will probably be interested in is the free S$10 on offer for a limited time.

Once you’ve activated the Pay by Wallet feature, you’ll receive a 16-digit virtual Mastercard. This can be used for online transactions, while Android users can add the card to their Google Pay wallet for in-store transactions via NFC (sorry Apple users, no such functionality exists for you). 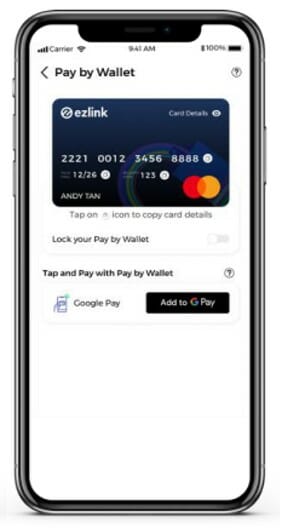 Pay by Wallet can hence be utilised anywhere Mastercard is accepted, with the caveat that the maximum EZ-Link Wallet balance is S$500, so you won’t be making any big ticket transactions (not that you should, anyway, because you’d be foregoing all sorts of credit card rewards in the process). 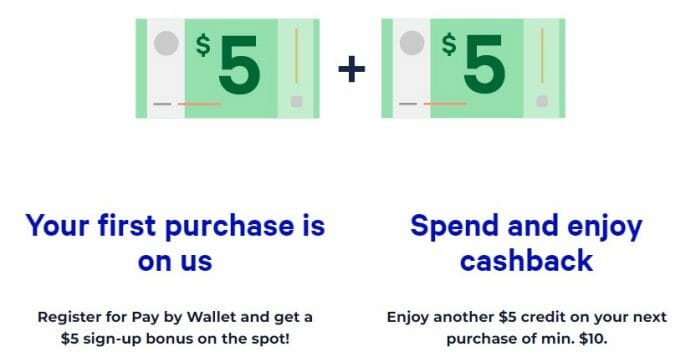 To mark the launch of Pay by Wallet, EZ-Link is offering an instant S$5 credit to users who activate Pay by Wallet on the EZ-Link App. A further S$5 cashback will be earned when they make a minimum spend of S$10 within 30 days of signing up.

This campaign is limited to the first S$200,000 of cashback or the first 20,000 new EZ-Link Pay by Wallet user sign-ups, whichever comes first. Don’t forget that you may need to top up additional funds to your EZ-Link Wallet to “liberate” the free money, unless you can find something that costs less than or equal to your balance (alternatively, you can transfer it to your EZ-Link Card and call it a day). 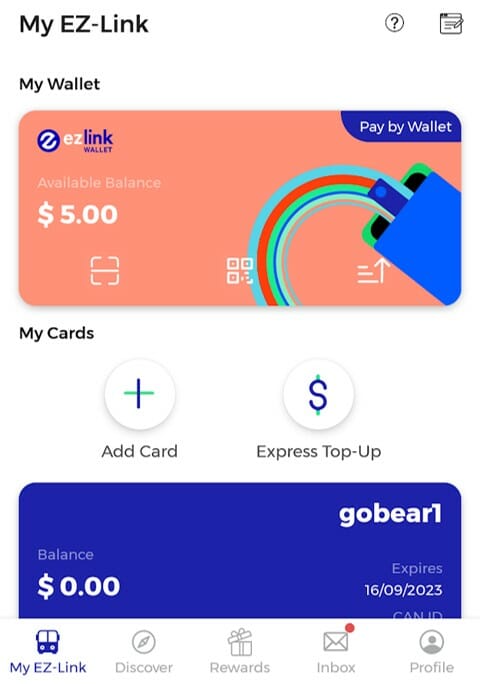 As for the S$5 cashback with S$10 spend, do note that certain transactions are excluded, such as donations, education, government services, hospitals, utilities and AXS.

Ironically, MCC 4111 (SimplyGo) is excluded too (and before you say it’s impossible to spend S$10 on a bus/MRT ride, remember that where Mastercard is concerned, accumulated fares are posted to your credit card account every 5 days, or 21 transactions, or S$15, whichever comes first).

For every successful Pay by Wallet transaction of at least S$80 made by 31 July 2022, customers will receive one entry into a lucky draw with the following prizes:

Prize winners will be contacted by 30 September 2022.

Did you know EZ-Link has a rewards programme? If not, don’t worry; you’re not missing out on anything. 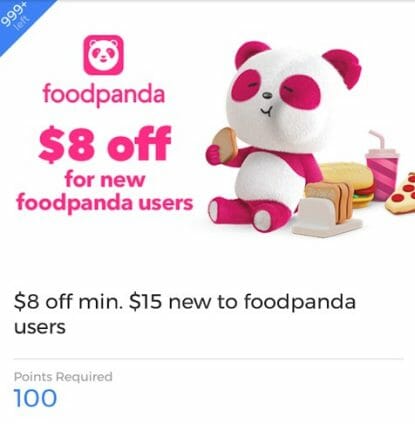 “Rewards” include Foodpanda and Syfe new customer promo codes, as well as various discount vouchers at random restaurants and merchants (most with minimum spend requirements). It’s a very weird hodgepodge of everything, and should absolutely not influence your decision whether to spend with Pay by Wallet.

With the new Pay by Wallet feature, EZ-Link Wallet balances can now be spent at any Mastercard-accepting merchant, whether online or in-person (assuming you have an Android phone).

Truth be told, however, there’s very little here to excite any miles collector. By all means, get the free S$5 for signing up and maybe an additional S$5 for spending S$10, but beyond that, it’s not something you’ll need to revisit for a long while.

Have you tried top up with Amaze?

Tried.. No rewards… its EZLINK.. Blacklisted all over in almost every CC anyway..

When passed through Amaze, not necessarily blacklisted, e.g. DBS can get points

Do you know if the min spend of $10 must be made in one single transaction or can be made over multiple transactions?

I paid $10 for fast food using Google Pay which is linked to Pay by Wallet but did not receive the free $5.

Same here. I just paid M1 (which is not in exclusion list) and also didnt get the bonus $5cr too. the TnC is silent on when it will be credited, hmm, this spend bonus seems bogus to me now. so to those keen to try the same, do think twice…. unless anyone has any DP on successful receipt of this spend bonus, plse do share.

It’s more direct to top up GrabPay Wallet with UOB Absolute/Amex True Cashback, then use Grabpay Mastercard to top up EZ Link card at MRT station.