THAI Airways Time to Gold: Would you spend S$14K for 2 years of Star Gold?

Think of it as providing an unsecured loan to the airline, where interest is paid in the form of elite status.

From 25 May to 31 July 2022, THAI Airways is selling a Time to Gold package for THB350,000. Customers get the entire THB350,000 back as an airline credit, together with a Royal Orchid Plus two-year Gold membership (the equivalent of Star Gold status).

If you purchase the Time to Gold package with a Mastercard, you’ll receive a 5,000 bonus Royal Orchid Plus miles. All bonus miles will be credited by 31 August 2022. 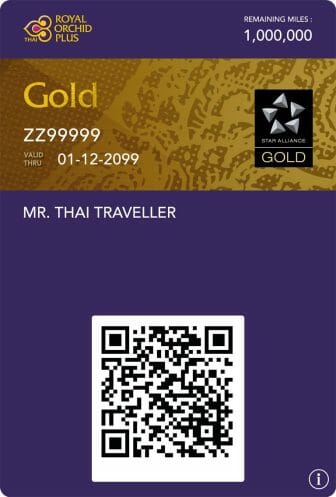 It will take three working days for your account to be upgraded to Royal Orchid Plus Gold status. Members enjoy perks such as:

One particularly interesting benefit is the “air award yearly discount”, which is 50% off an award ticket of the member’s choosing. That could save you a big chunk of miles, although:

Like I said at the start, think of this as extending a THB350,000 unsecured loan to Thai Airways.

In a best case scenario, you’ll get 100% of your money back in the form of air tickets, and the net upside to you is two years of Star Gold status (you’d probably have earned that by spending THB350,000 on airline tickets anyway, but this promotion gives it to you upfront).

In a worst case scenario, THAI goes into restructuring (again), and your airline credits are no longer recognised by the new entity.

If it’s any consolation, THAI Airways’ most recent restructuring exercise saw it post a full-year net profit in 2021 for the first time in five years, though that figure was goosed by one-time contributions like asset sales and cuts in employee benefits. With Thailand now fully open to tourists, the hope is that 2022 will see even bigger improvements, and the airline hopes to move into positive shareholder’s equity territory in 2024 (thereby avoiding a possible delisting).

The other thing to consider is that THAI’s international network is rather limited, with only 63 destinations at the time of writing. It does not offer any service to North or South America or Africa, although it does serve 12 European destinations and four cities in Australia.

What card should you use?

Assuming you’ve decided to go ahead and buy a Time to Gold package, these will code as foreign currency airfare spend.

These are normally the cards you’d use for such transactions…

…but given the quantum of the charge, you’ll bust the mostly caps of most of these cards. Since you can’t split the cost among multiple cards, you may consider using:

THAI Airways is offering upfront Royal Orchid Plus Gold status for two years to anyone willing to float THB350,000 in the form of airline credits.

If you already had plans to travel with THAI, then it’s a way of securing status upfront for a somewhat more comfortable journey. However, I’d be very hesitant to commit to that kind of spend- and hopefully some of you will have secured Star Gold status until 2025 already!

Would you buy a Time to Gold package?

Wouldn’t Altitude earn 2.0 mpd instead of 1.2 mpd after the cap is hit since it is considered FCY spend?

would the SCB Visa Infinite be the best, since you hit the 2k required anyway and get 3 miles on the whole amount…

Actually come to think of it, then the best option would be Amaze + UOB PRVI MC. The savings in FCY fee will offset the difference in miles earned.

Hi, unrelated but I just got KF Gold extended by SQ for another year, though I did not earn a single mile last year. That is quite amazing!

I might consider this if I was local Thai or not KFEG.
How on earth can I spend that amount on Thai Airways 🤷‍♂️

Would SQ ever do this 😝

They’re dreaming. I got Star Gold in Feb 2020, just in time for the pandemic and extension until March 2023. All from the Shangri-La Golden Circle fast track. If you’re spending $14K SGD on flights in 2 years you’re probably already buying premium seats or you’ve flown enough to earn Star Gold in your own right. What a sham.

I would never ever trust Thai Airways again. Being a Star Alliance member, I thought they were reliable, but they sold tickets which they never intended to fly, and cancelling the flight right after with no plan of refunding. Hundreds if not thousands were affected, and thankful to the FF community for recommending a chargeback with my credit card (Citi). The whole process was arduous and they even had the audacity to block that and insisted the payment. Sorry, but what a scam airline, I would stick with SQ and never ever believe Thai Airways again. The $14,000 could be… Read more »

How does one split the credit card for online booking?

Please beware if you have gold status already, you cannot buy this until your gold status expired. It cannot extend and cannot replace your old gold status. I already clarify with Thai airways on this.

Well, I just bought it a few days ago. So far it’s fine but I only bought it so that I could use the 50% discount on reward ticket therefore I will have like 200k THB to burn within 9 months next year. I hope they extend the expiration cuz that’s a lot of money to burn lol