Quite a flurry of SQ news on the interwebs right now with new route announcements and changes to existing routes. Let’s get into the details-

The A350 opens a lot of strategic possibilities for SQ, one of which is the reinstatement of the non-stop flights to the USA. These are important for SQ to remain competitive by offering non-Singapore based flyers the option of a 2 stop service to the USA rather than the existing 3 stops.

SQ has just announced that from 23 October 2016 it will commence non-stop service to SFO. This flight will be operated by an A350-900.

The aircraft will have 253 seats in Business Class, Premium Economy and Economy , but what’s interesting is that depending on time of year there will be headwinds and therefore payload restrictions meaning that some seats will not be offered for sale.

With this move, SQ will get rid of the existing daily SQ15/16 which goes to SFO via ICN, reallocating that aircraft to the newly launched 2nd daily SIN-LAX flight (see below)

The other implication of this change is that there will be reduced F award space to the USA, given that the non-stop SQ31/32 will fly without F seats. 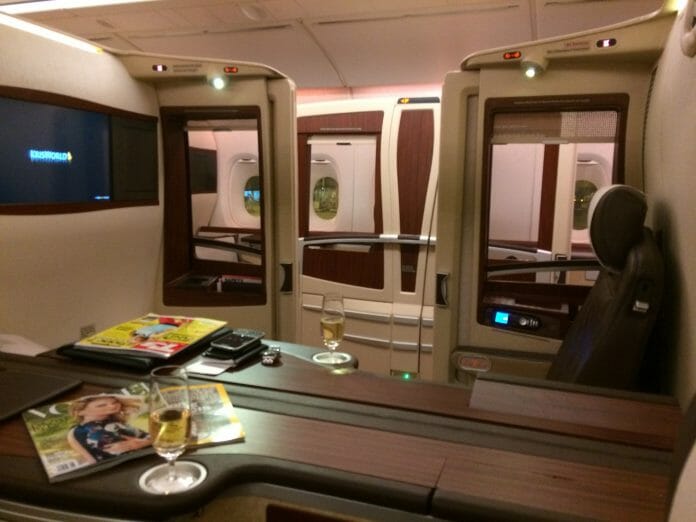 SQ currently operates a daily 1 stop service from SIN-LAX via NRT using the A380.  From 23 October 2016 they will operate a second daily flight using the 77W reallocated from SQ15/16. The existing SQ11/12 will be downgauged to an A380.

If you’re got a confirmed Suites booking from SIN-LAX on the A380 that leaves on 23 October 2016 or later, your award will be changed to an F booking. Nothing you can do about that, sadly.

SQ and the A380 have an interesting relationship. SQ paid a big premium to be the launch customer for the A380, wanting all the prestige that came with being the first to fly the largest airliner in the world. But then the economy changed and it became inefficient to operate a 4 engine large capacity aircraft, making SQ less nimble to chop and change capacity. A senior supervisor I spoke to on a flight a few months ago told me that SQ is desperate to offload its A380s, but under its agreement with Airbus it needs to operate them for at least a certain number of years first.

On the other hand, SQ has announced its intention to refurbish its A380s  in 2017 including a new Suites product, so I don’t think they’ll get rid of all the A380s, just make them a smaller part of the overall fleet.

This route will be terminated from 20 October 2016.

Not surprised by this at all. The last two times I flew the route the business class cabin was about 25% full for BCN-GRU. You can easily find 6+ business saver awards for redemption which is unheard of for SQ

I always thought GRU was a bit of a strange destination for SQ, given the historic lack of Singapore investment in South America.

I’m excited about the introduction of the non-stop flight to SFO, given that it’s my most common gateway for entering the States. Let’s hope that award space on this flight proves more generous than SQ’s historical pattern on other US flights (SQ25/26 comes to mind).

wow..now i understand why i cant find both redemption and revenue saver ticket to GRU after october

There goes my confirmed GRU flight in November…. let’s see what SQ has prepared for me.

interesting- will they refund or rebook? refund sounds more likely

I will not accept any refund options as I have my flights and accommodations booked with Latin America already. Shall wait for 2-3 weeks since they told me a representative will call me as they are sourcing out alternatives.

It’s a real shame sq is using a380s on less long haul flights. What sense is there in introducing suites, and then having business class as the highest tier on your longest flight?

yeah but from a pure business POV, suites don’t make sense. half (or more?) your passengers there will be on redemption tickets. and that’s valuable real estate you could have for business class seats where you really earn your margin. I’ve always thought about the traditional 3 class config like this- economy class is your loss leader, first class is your halo product and business class is where you earn your keep. as much as it pains me to say it, i can’t see a good business case for suites.

round trip to SFO was rescheduled to leave 5 hours earlier, some trouble because I had a domestic flight planned in the US that I would have had to reschedule. Fortunately SQ managed to change our return city from SFO to LAX for no fee. We had to negotiate a bit citing it was their change affecting our travel plans.