How to get from Singapore to Miami, or why March can’t come soon enough

I finally had time to sit down and plan my leave for 2017. Although the vast, unexplored spaces of South America and Africa beckoned, I consider myself to be pathologically boring and decided to visit the USA (again). But just so no one could call me predictable, I decided to explore the great state of Florida this time round. 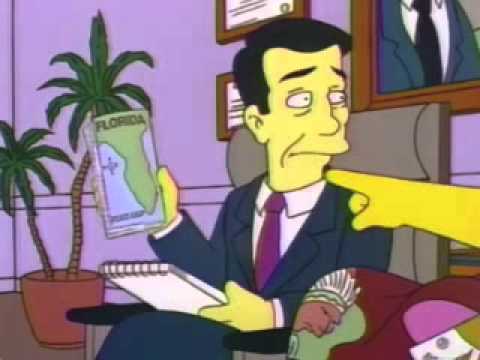 Miami would be my first port of call. My virgin US open experience had whet my appetite for more high quality tennis and the Miami Masters were scheduled to take place at the end of March/start of April. But Miami is also known for great beaches, beautiful art deco buildings, Cuban and Argentine influenced cuisine and much more. And since I’m in Florida, it only made sense to visit Orlando too. I do love theme parks and the idea of visiting the theme park capital of the world, excites me to no end. Orlando boasts Disney World, the Epcot Centre, Discovery Cove, Universal Studios, Universal’s Islands of Adventure, Legoland. Seaworld…the list goes on and on.

I’ll definitely do a separate writeup on Orlando and Miami with things to do ala my DC trip report, but let’s first look at the higlight of the trip- getting there!

Getting to the States

It’s not that straightforward to get from Singapore to Miami on miles (if you’re wiling to pay revenue prices you could fly SIN-LHR-MIA, with the LHR-MIA leg operated by Virgin Atlantic). The closest major international airports to Miami were Houston and New York, both of which were about 2.5 hour connecting flights away from Miami. SQ25/26 is one of the hardest routes to clear award flights on, so I decided to look at Houston instead.

SQ recently announced that it would start routing its IAH flight through Manchester instead of Moscow, presumably due to the downturn in the global oil sector leading to less oil-related travel between Houston and Moscow. The flight is currently operated in a 3-class 77W (with the 2006 premium cabin products) but eagle eyed observers noted that from 1 Jan 2017 First Class space was no longer available for redemption or revenue bookings. The most logical conclusion was that SQ has identified this route for deploying the A350. I’m going to fly Thai’s A350 in December from Bangkok to Singapore, but this will be my first long haul A350 experience and I’m really excited. 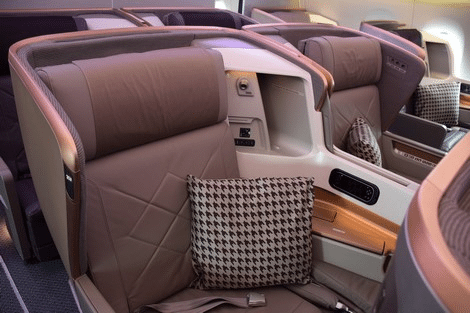 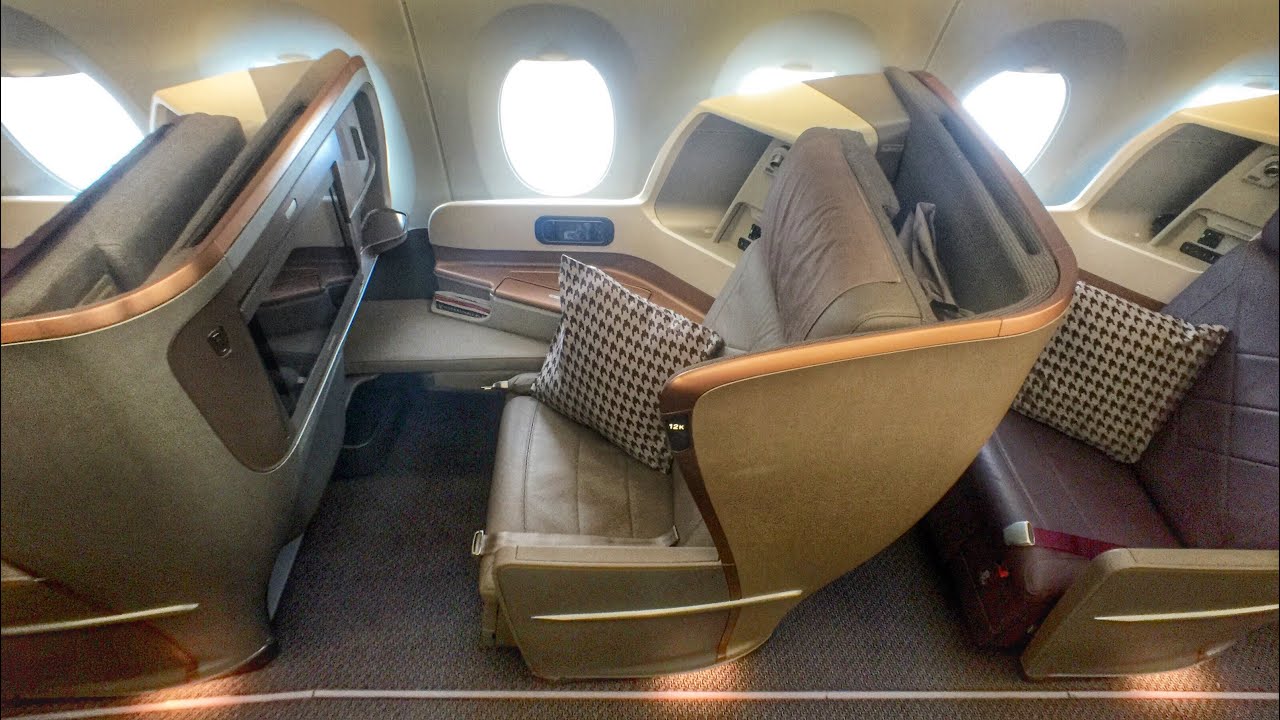 SQ’s A350 has its newest (2013) business class seat, and although there are some complaints out there about how narrow the cabin is, I think it’ll still be a great trip report to write. The cost of a one-way redemption was 72,250 miles + S$412 of taxes.

Once I land in Houston I have 90 minutes to make my connection to a domestic flight to Miami. It’s a short connection for international-domestic and some might say I’m playing with fire, but I’ve recently been approved for Global Entry which gives me a good feeling about this. What could possibly go wrong!

Here’s where I took advantage of one of the great sweet spots on the Krisflyer partner award chart– the ability to redeem domestic US tickets for only 12,500 in economy.

I did so because the one-way ticket prices from Houston to Miami that matched my schedule were in excess of S$400. 12,500 miles and S$8 of taxes got me my United economy ticket. It’s a 2.5 hour flight and since Netflix now lets you download movies to watch offline, I figured I’d be just fine.

Getting back to Singapore

The next problem I faced was how to get back from the States. I had two options.

I could fly back to IAH and take EVA back to Singapore. The problem was that flights between Orlando and Houston were expensive and didn’t suit my timings. The most workable option was to fly with United, but that would get me into Houston at 5.55pm for a flight that took off after midnight.

And that would be an awkward kind of layover, because it’s too long to stay in the airport and too short to go out and explore. Plus, I didn’t really fancy paying US$70 for an Uber roundtrip to downtown Houston for just a couple of hours, with my bags in tow. So I looked at option 2 instead, which was to fly to JFK and take EVA’s 1.25am flight home. And that solved it- Jetblue was offering S$219 tickets one way from Orlando to JFK (with a bag included- any FYI, Jetblue flights now earn Krisflyer miles) that got me into JFK at 11pm. That was plenty of time to make the connection.

Despite hearing so many great things about Jetblue, this is actually going to be my first time flying with them, It’s unfortunate I couldn’t take advantage of their great points matching promotion not too long ago, but I’m nonetheless excited to see why this LCC is so much more loved than the legacy carriers in the states.

The only downside of this arrangement is that EVA operates its Hello Kitty service to Houston but not New York. High on my to-do list is try one of the EVA Air Hello Kitty flights at some point in the future. But I guess that’ll have to wait until I travel one of the follow routes… 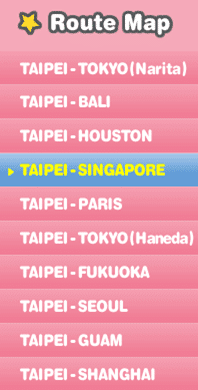 My only regret is that I really wanted to try a new cabin product this time round. I suppose SQ’s A350 sort of counts, but I was secretly hoping there’d be award space on Asiana’s Business/First class or something available with one of the European carriers.

Aaron Wong
Aaron founded The Milelion to help people travel better for less and impress chiobu. He was 50% successful.
Previous articleSix lesser-known ways of earning Krisflyer miles
Next articleThe Milelion Directory has been updated for December

oh yes, I read about that! I’m not a big fan of Rose but who can say no to krug

A fictional story:
Adam and Eve both created their own airline, Adam was operating Adam Air in Indonesia, but later, they had a hull loss accident and collapsed.
On the other hand, Eve (Eva) created her own airline, EVA Air in Taiwan, she is operating them successfully as they joined Star Alliance and received 5-star rating from Skytrax.

Wonde why do you travel to US so often

be all have our favourites! Plus the thought of going somewhere new and unfamiliar scares me

Went to Orlando in November for 3 weeks. If you love crabs, you should drop by Joe’s crab shack on International Drive. They’ve got snow, queen, king and dungeness crabs for a relatively cheap price. There are a number of outlets but the one at international drive is by far the best service service and taste. Driving around Orlando is pretty easy. Most of the drivers are polite and are willing to give way (Noob driver here).

thanks! mind if i pick your brain on other things like theme parks and whether there’s anything other than theme parks?

For the Disney World parks I actually highly recommend getting the unofficial guide and using its suggested itineraries as a guidelines for how to avoid getting caught in too many queues. Think the time saved is easily worth the US$12 or so expenditure.

Would also recommend checking out MouseSavers for additional deals/recommendations in the area.

The Hello Kitty service is cute and awesome. But I only flew it TPE-SIN so it was super short! Nonetheless it was worth the experience.

i realised that the hello kitty aircraft isn’t operating the IAH route on the day in question anyway.

Will be in Orlando with the whole family for around 10 days next month. We have engaged a private guide for both Disney and Universal theme parks. These are not the official Disney guides which cost way too much. Will report on the theme park experiences when we return but so far the outfit I’m dealing with has been great, becoming like a private planner for our time in Orlando months before we even arrive.

interesting! but the official disney guides are the ones that let you cut queue of course. i’d like to learn a bit more about these guides.