Does buying a walk-up upgrade with Thai Airways make sense?

Thai Airways has a walk-up upgrade program that allows you to buy discounted upgrades at the airport. Which destinations make sense?

I read on Loyalty Lobby that TG had recently devalued their standby/walk-up upgrade pricing chart. This was news to me because I had never even knew it existed. Apparently, Thai has an official policy that customers can buy same day cash upgrades at the counter, space permitting. 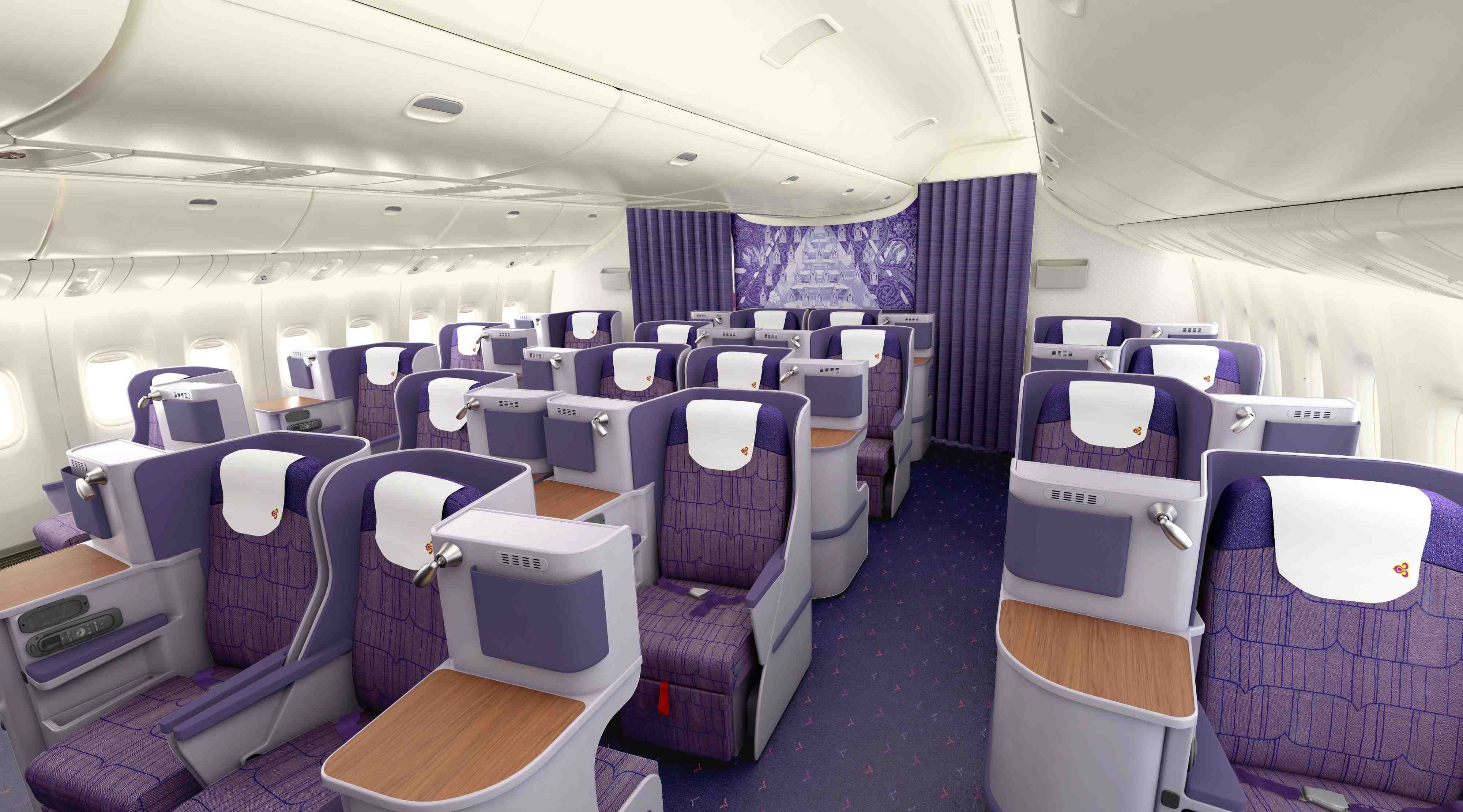 What was so awesome about the old system is that it did not discriminate among fare classes. That is, someone who bought a deep discount economy ticket would pay the same upgrade fee to business as someone with a full fare economy  ticket. So this would have been the perfect arrangement for someone trying to game the system.

That’s since changed, unfortunately. You can view the revised chart here, but I’ve copied it below for convenient reference.

Note that Business to First Class upgrades still don’t discriminate among fare classes, so if your company lets you fly Business (are you hiring?) you should give the Business to First chart a look over). I’ll just be talking about the Economy to Business Class options 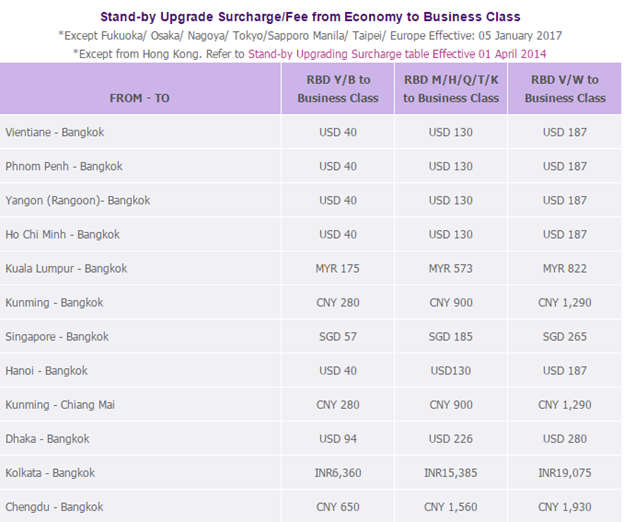 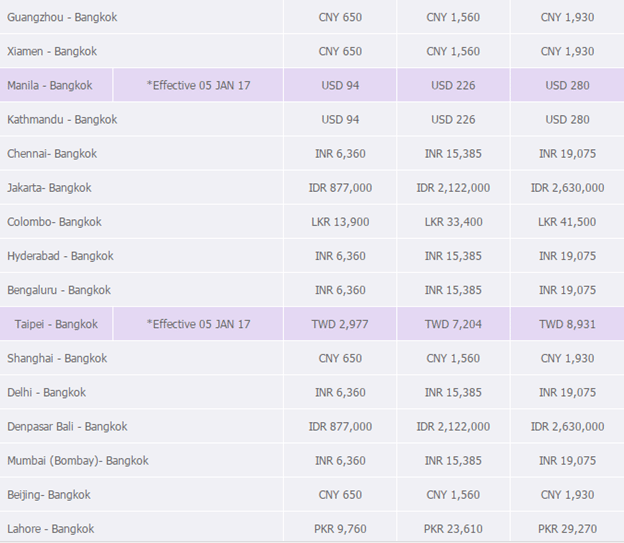 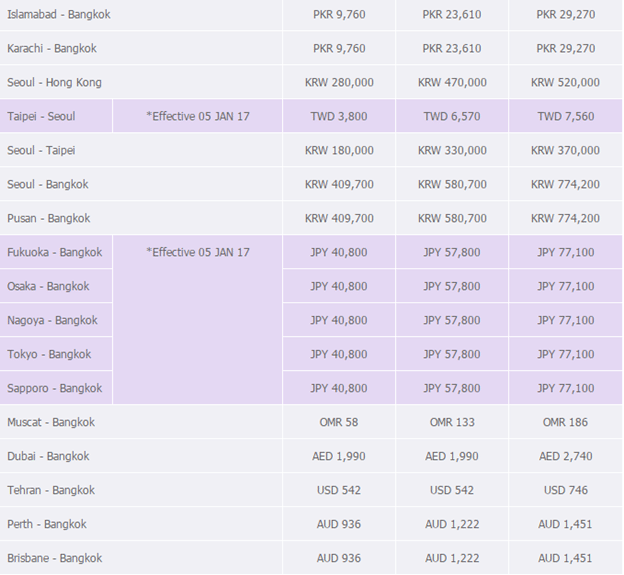 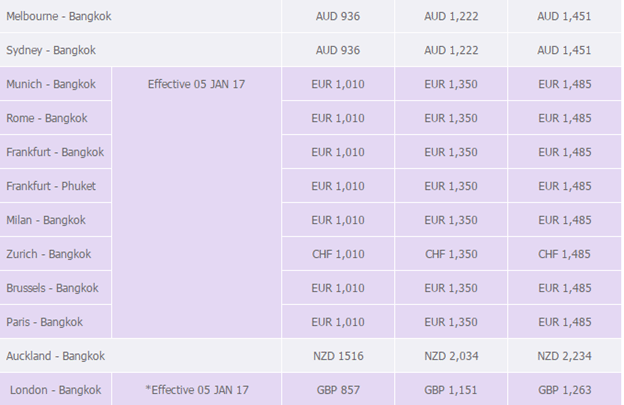 That’s a lot of information to take in at one go, so let’s look at a Singapore-relevant example.

Singapore to Bangkok is a short flight and totally doesn’t need business class. That said, if you’re eager to try a very new airline product (or just want to booze up in the lounge prior to departure), Thai is still operating its A350s on the SIN-BKK route while it trains up crews. I believe I even spotted a Dreamliner operating certain days. I mean, look, I’m never going to be able to justify paying more for business class on such a short flight, but if you’re feeling indulgent you can get upgraded for as little as S$57 one-way.

That’s in theory, at least. Economy ticket classes Y and B on the SIN-BKK route can be upgraded for S$57.

But when I went to search for revenue tickets, I only found the following fare buckets available. (EDIT: Y/B is available for one way fares) 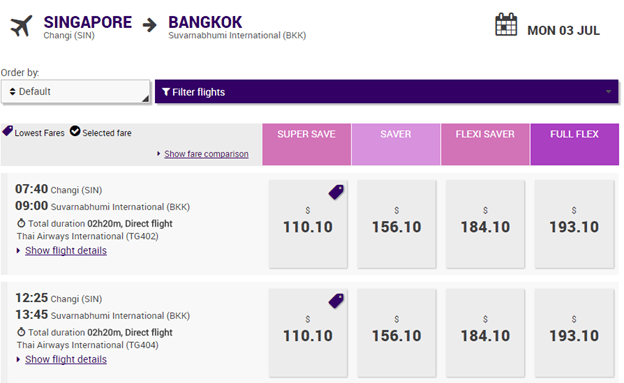 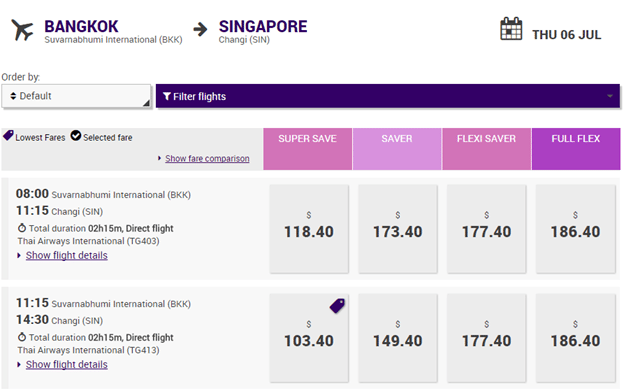 It’s a bit interesting that Super Save and Saver fares book into the same ticket class, because they have different rules regarding refunds- Super Save tickets are strictly not refundable but Saver fares can be refunded with a penalty. That said, I’m not exactly an expert on airfare ticket classes.

Or you could buy a more expensive fare bucket and pay less to upgrade. Paying $361.50 for your base ticket means you can upgrade for $185 each way, or $731 total. 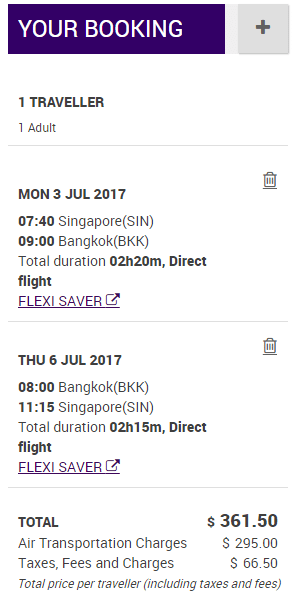 How does that compare to retail prices? If you look for the same routing on the same day on the same flight, you can buy business class for S$761.

That’s not much of a difference between buying economy plus upgrading, plus you get the certainty. Of course part of the reason is that Y/B fares don’t seem to be offered ex-SIN (or at least not on the website). If they were, an S$85 upgrade sounds almost too good to be true and I’d definitely jump on it.

In any case, I think it would make a lot more sense for Thai to adopt a system like Plusgrade where they’d be able to collect data on how much people are willing to pay a lot more scientifically, rather than relying on someone at the check in desk to process it properly.

Thank you for such awesome website! I’ve been your fan for the past 6-7months since I found this website.

Anyway, for Y or B fare from SIN to BKK, it’s possile if it’s a one-way ticket. I’m holding an eco “B” booking for TG410 as I had no other choice for the last-minute booking.

Also, I think the above content requires slight correction. It’s 57 SGD in the table, not USD, so it isn’t S$85 for one-way upgrade 🙂

I’ll try my luck in a few days.

thank you rw! man, there is absolutely no QC on this website. i fixed the 57 number. and mentioned that you could get y/b on one ways.

I bought a V fares from Brussels to KUL via Bangkok from other travel website. I don’t think there is any chance for me to be upgraded. What is your say?