Intercontinental Lisbon, Out of Egg Tarts and No Movie

And I didn't get my free movie preference.

Can’t get enough (and of) Portuguese Egg Tarts 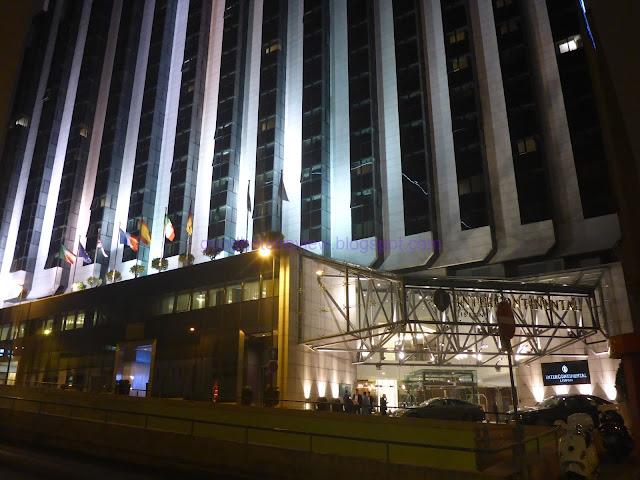 I found myself in Lisbon in the attempt to escape the high hotel rates in Barcelona which was hosting some convention and the nightly rates was 2-3 times more than usual.

I figured the savings could pay for a ticket to another city to explore and one-way TAP Portugal flights to Lisbon were going for less than $100SGD!

The first night on the (refundable) Ambassador rate was 165 Euros and I got the second night free with the cert. (Unfortunately the second night was going for 145 Euros so that meant less savings for me.)

The prepaid rate was about 140 Euros per night so it was about 115 Euros off the joining fee of the programme.

The hotel was near town and on the side nearer to the airport, and so it was prefect for my quick visit to the City of Seven Hills.

The ride from the airport was smooth as the driver was acquainted with the hotel and needed no help in directions.

Upon arrival, the staff helped me with my luggage spontaneously and the front desk was just at the entrance as well. 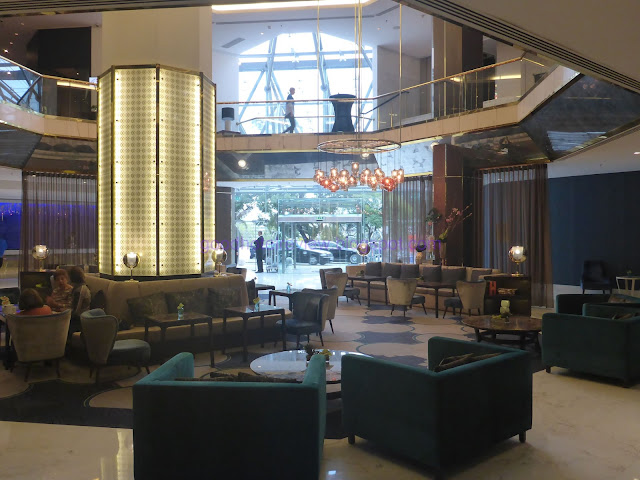 I was assisted by a new employee who was being guided by a senior and she was really quite slow. I didn’t mind as I wasn’t in a rush and in a forgiving mood.

All of us have been beginners at some point in time.

The walk from the hotel to town was generally downhill and quite easy and I would advise taking a taxi back to the hotel in view of this. Unless you really want to train those glutes.

My itinerary for Lisbon was quite sparse so I got convinced at the Front Desk to buy lounge access for my stay.

So after checking in and surrendering my Ambassador Cert, I was shown to the elevators and made my way to the way. 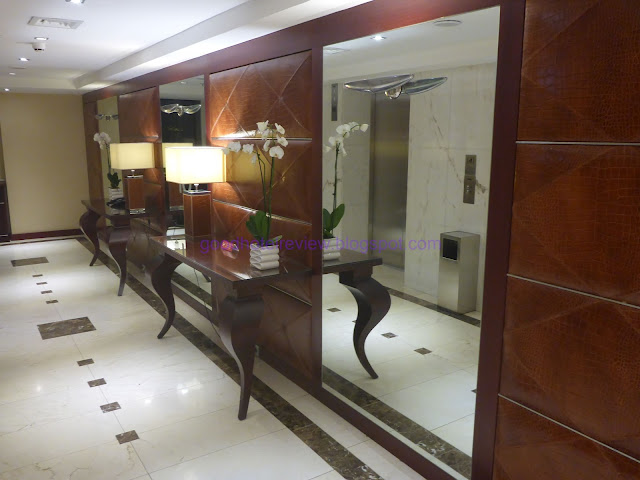 On my way to the room, the optical illusion of a full 4-legged table at the lift-landing caught my eye. 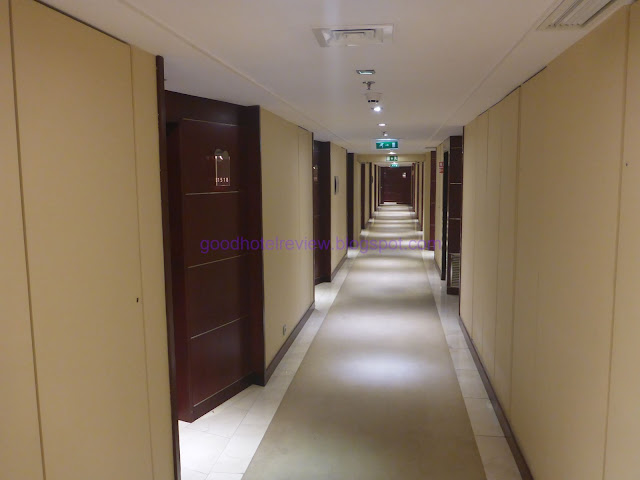 The room was a fair size and consistently with the Intercontinental feel. 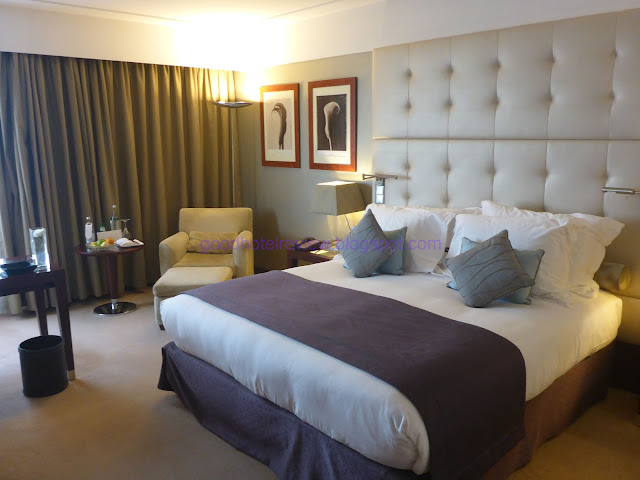 The double basins were nice to have when traveling with a companion. 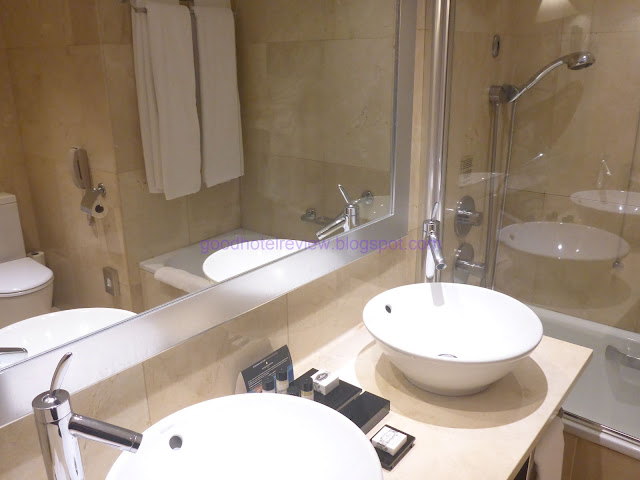 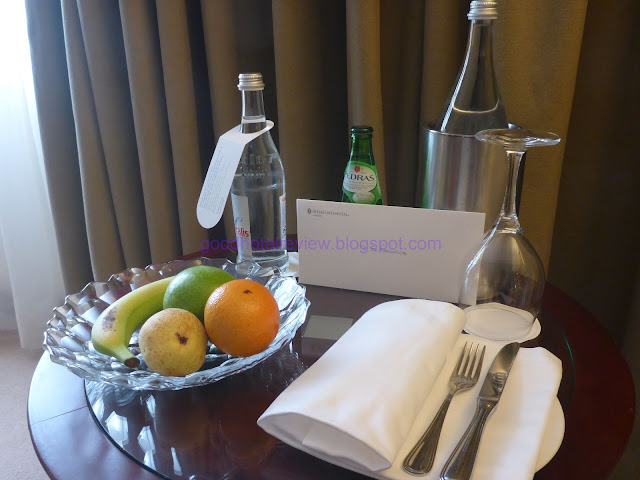 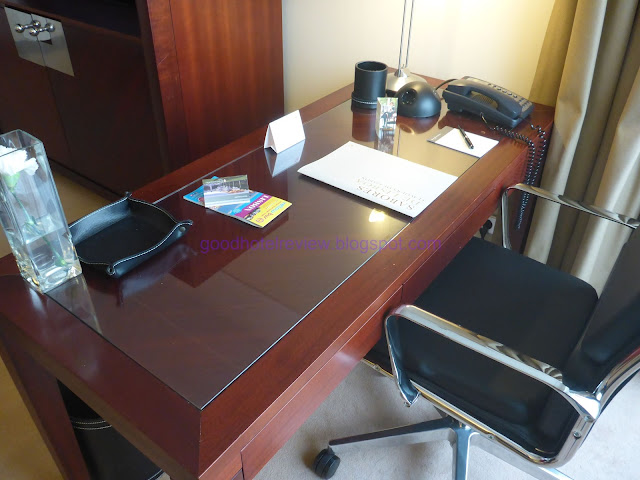 I was rather curious about the extension pod on the desk which had USB ports as well as power points for Europe and UK (and Singapore) types of plugs. 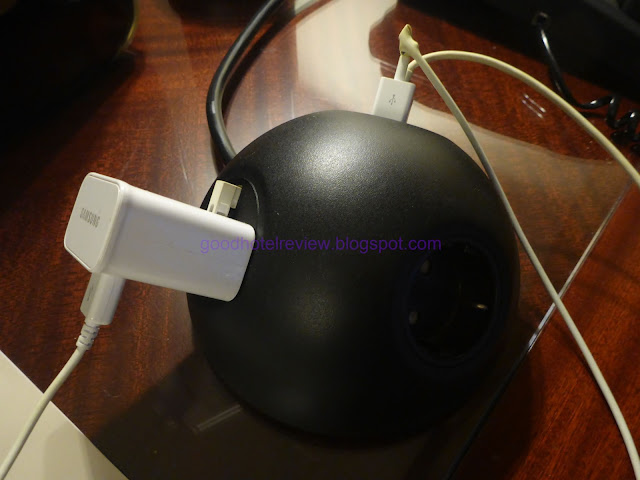 The view from my room was towards downtown and gave me an outline of the route. The rooftop garden pictured is at the Four Seasons next to the Intercontinental. I took a look at the minibar prices. Quite significant I say. 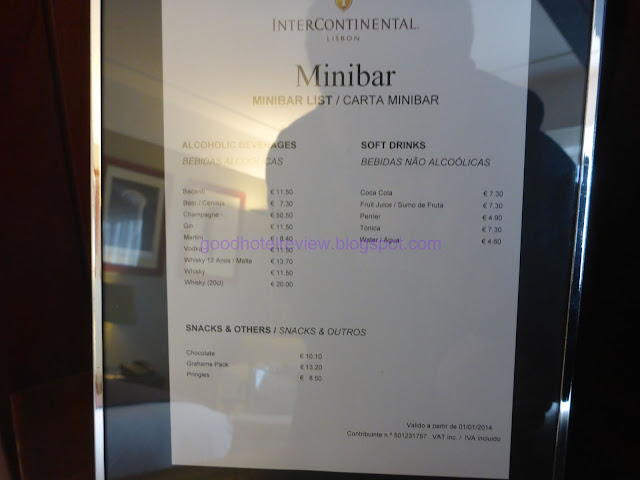 The lounge was located on the ground floor, in an extension from the lobby. 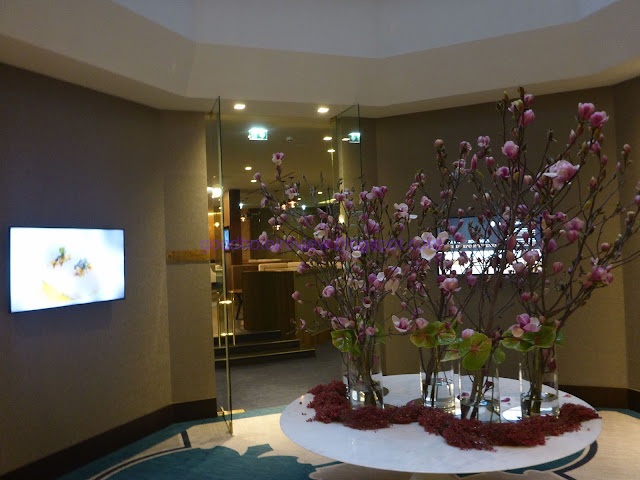 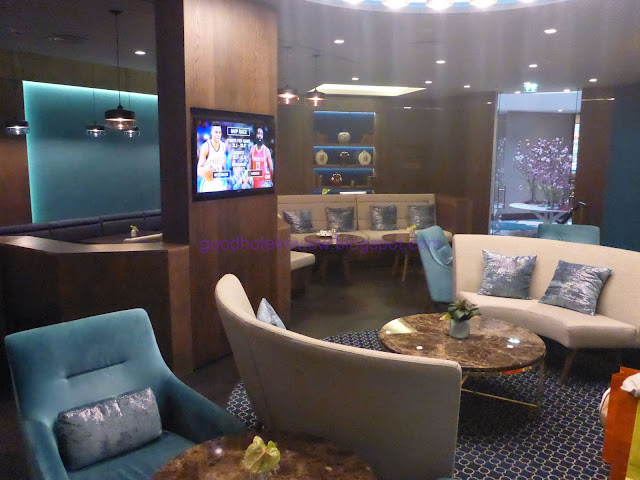 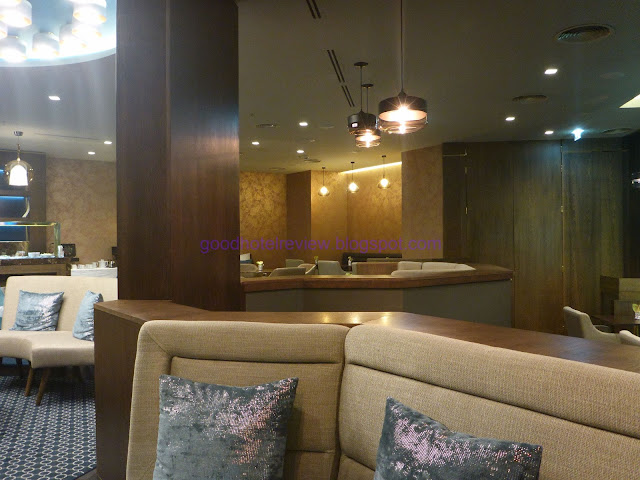 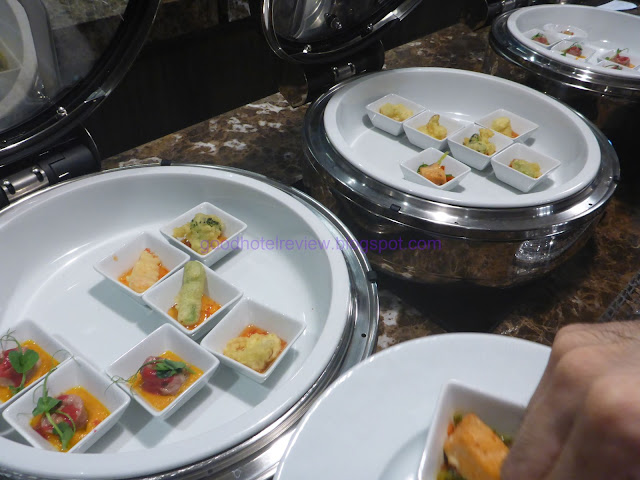 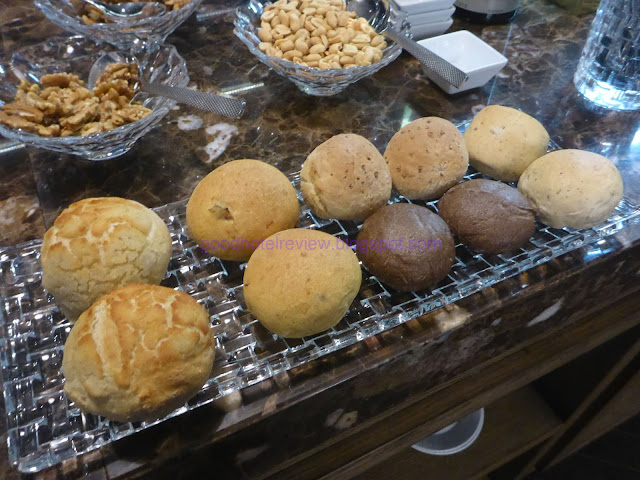 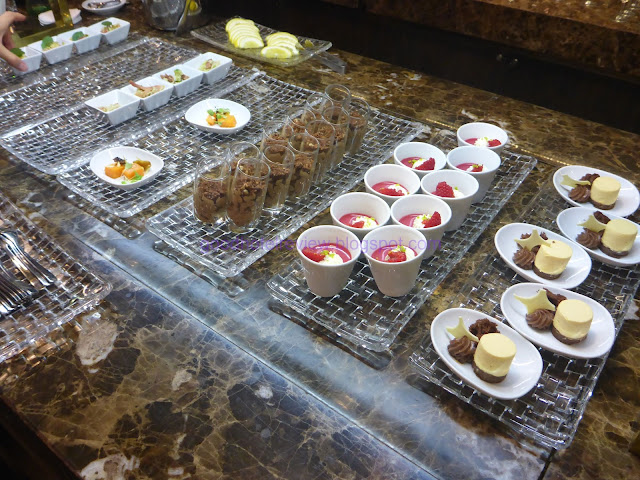 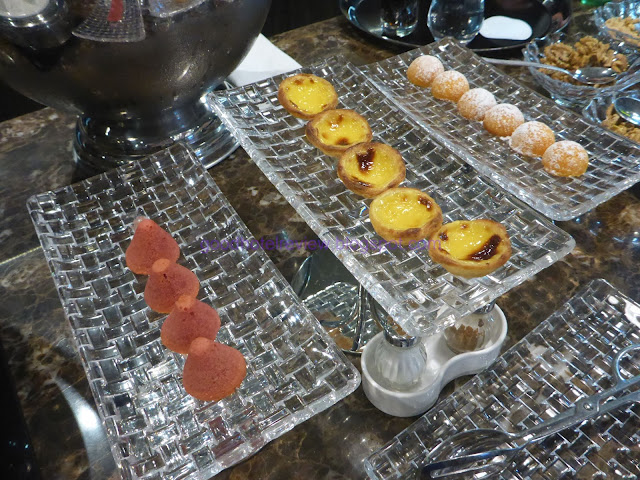 I was quite happy to see egg tarts in the lounge and took a few of them. Quite good I must say.

After finishing the first batch pictured above, I waited for the next serving. 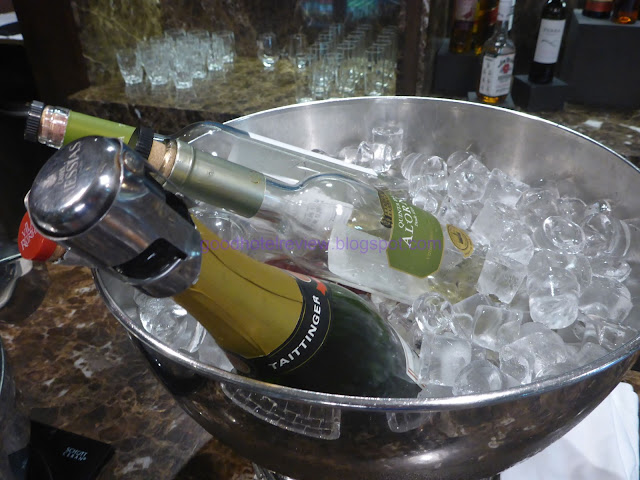 And so we had a little Taittinger in disappointment about the egg tarts.

The gym was fair and empty as usual. 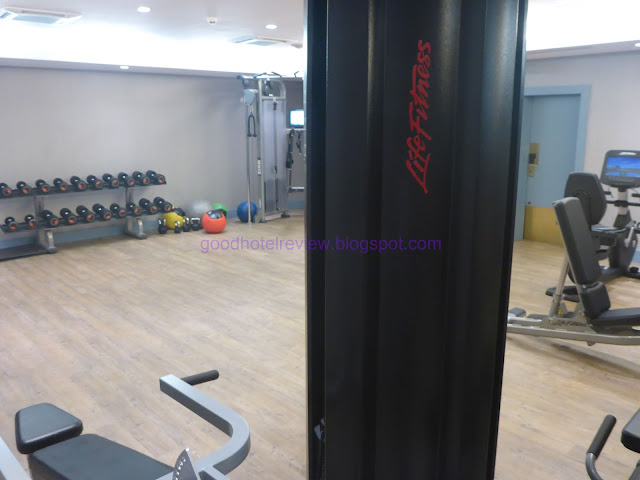 Well, the best egg tarts are still at Belem where the queues are long but still move rather fast.

Coupled with chocolate milk, they were simply heavenly!

For the night before I left Lisbon, I wanted to watch an in-room movie which is a benefit of the Ambassador programme.

I asked the Front Desk about that benefit before dinner and was told I was not entitled to it.

I tried again after dinner with another staff and was told the same answer.

And so, I just rested early for that night.

In the post-stay feedback, I typed this in and received a reply that I was indeed able to watch one free movie as part of my benefits.

As an apology, I was suppose to receive 1k points but I have just realized that I had never checked if I got it in the end.

Overall, I was pleased with the hotel and the rates were indeed not bad!

Happy and Healthy Travels! (Egg tarts are not healthy btw.)

Fred Ee
Dr Frederick Ee is a medical doctor, author, blogger and traveler. He discovered his passion for travel on his first long-haul trip to New York City in 2012. His quest for premium travel experiences started on that very same flight as he endured a smelly foot beside him from the passenger behind him for the 24 hours of flight from Singapore to New York. He blogs at goodhotelreview.blogspot.com, focusing on hotel experiences. His most memorable moment of travel was to participate in the resuscitation of a collapsed patient during a long flight to Paris. Feel free to add him on Facebook with a message and his Instagram at @drfrederickee. He would like to thank MileLion for having him as a guest writer and hope readers would enjoy his writings and musings.
Previous articleHow do I search for Star Alliance and One World award space?
Next articleReview: Qatar Airways Al Mourjan Business Class Lounge Doha Airport

I normally don’t believe the lies about “Asian values” but in this case, your comments about the relative availability of Taittinger and egg tarts do reflect a very Singaporean mindset. I think most (white) Westerners would get more excited about having free champagne on tap, and wouldn’t really care so much about the food offerings.

You seem to have read several of my posts and it seems that your memory fails you in that I’m a teetotaler, so getting excited about Taittinger would be very uncharacteristic of me.

To everyone else reading, please be advised to avoid excess alcohol intake.

Yes the teetotaller preference is something that has been made known before. It was just that coincidentally, I had just read an article on another blog about dry airlines and there were quite a few comments saying “absolutely no way” so this was a refreshingly different perspective. I did have a very nice HK milk tea on a recent CX flight, so it is nice to see varied options.