This is what happens when points don't pool.

Travel hacking is a lifelong learning sort of thing, and even after doing this for a few years I’m still learning painful lessons. Case in point: My Citibank Rewards Mastercard 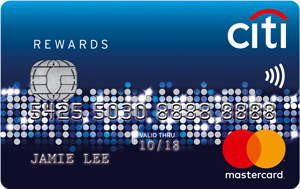 I originally had the Visa version of the Rewards card but got the Mastercard because I wanted to take advantage of the opportunity to earn 10X on bill payments at AXS machines.

For the uninitiated, it was once upon a time possible to use the Masterpass function on your Citibank Rewards Mastercard at AXS machines when you made bill payments, netting you 4 mpd on something that would not normally have qualified for any points at all.

That got canned in November last year, which as luck would have it was only shortly after I got the Mastercard. I had big plans to prepay a large balance onto my IRAS account, but in the end only manged to do a few token payments here and there.

So here’s the situation I find myself in, rewards points wise. The 4,440 ThankYou points balance is on my Mastercard (I guess the silver lining here is that I didn’t put a whole lot of spending on it before the 10X got canned).

I called up the Citibank hotline for advice.

“No sir, you have to use them or they will be forfeited”

“If I want to pool my Citibank Rewards Visa and Mastercard ThankYou points and do a redemption, is that possible?”

“No sir, they are two different currencies”

“But they are on different cards so they are two currencies. Our back end will not let us do it”

I’ve said this before and I’ll say it a thousand times until it changes: I completely do not understand Citibank’s no points pooling policy. I mean if I squint hard enough I could accept them not pooling Premiermiles and ThankYou points because those two currencies are different (why can’t the Premiermiles card just issue ThankYou points though?), but not pooling ThankYou points earned from the Prestige, Rewards MC and Rewards Visa is just downright customer unfriendly. If anything, that serves as a barrier to further card adoption, and you’d think the bank would be eager to get its customers using more Citibank cards.

I don’t shop online enough to exhaust the $12,000 annual limit on 10X for my Citibank Rewards Visa (plus when I do shop online, my first port of call is the DBS WWMC because, well, they pool points) so I don’t think the Mastercard is of much incremental use to me. In fact they’ve already started charging me the annual fee on the card which I did get waived, but I don’t want to have that hanging on the back of my mind either.

I’m probably going to close the card, but the question is what to do with those 4,440 points (I’ve outlined these options previously in more detail in this post). Here’s what I’ve narrowed it down to…

Offsetting the cost of a hotel booking (0.42 cents)

I’m inviting judgment by saying this, but I quite like Yoshinoya. The problem is I don’t have enough points for a $20 voucher and a $10 voucher gives me orphan points.

With most banks (DBS/UOB/OCBC) my advice to people is not to worry about getting multiple cards because the points pool together so you’ll only ever pay one conversion fee. With Citibank, I think it makes more sense to consolidate your spending together. The only argument I could buy to the contrary is if you shopped a lot online, in which case it might make sense to hold a separate Rewards card and a general spending card (like the Prestige or Premiermiles). The one thing that Citibank has going for it? They’ve still got the widest variety of transfer partners of any bank in Singapore.

I guess getting the Citibank Rewards Mastercard wasn’t a bad decision in and of itself, but the problem was that the card only had a single purpose for me and once that purpose ceased to exist it was always going to be an home for orphan points.

Although no pooling is not convenient for using Citi points, Citibank is so far the only bank who offered me the bonus miles (15K) to keep their cards when I tried to cancel it.

Which Citibank card did you try to cancel and got offered 15k miles to keep?

It was probably an anomaly than the norm.

I got an offer when I tried to cancel my citi cards too. My offer was for $xx cashback if I hit $yy amount of spend on the card I wanted to cancel in the next 6 months. I do think the team handling card cancellations is empowered to make these offers. I didn’t think to try asking for a miles offer instead, but will have to try if the opportunity arises…

And when you want to close the account (Mine is the Premiermiles), they cannot transfer all the miles. Only in blocks of 10k. Wasted my time arguing logic with the CSO.

Ouch. I think this is thanks to the change over the last year or so where the rule of transfer blocks (of 10k) was instated. Well that’s one more thing to keep in mind.

I actually don’t understand why banks don’t pool the points together. It makes their cards so much more user friendly. The only thing I can think of is that they are just making it tough for ppl to redeem their points.

this. it’s surely not an IT issue, as I can’t imagine any complication that would stop them from doing so. then it becomes a tactical decision, one consciously made by management. but this actually discourages people from applying for multiple citibank cards, so it really does not make sense to me

let’s also not forget that it is 2017 and we still cannot use Apple Pay with Citibank cards.
Was also extremely fed up with Citibank no pooling policy – really makes no sense, would they prefer people to hold fewer cards? I am just sticking with PM because I cannot spend enough online for rewards or clear to make sense

Apple charges banks to use Apple pay. Look at Australia where the wicked combination of apples cut on the interchange plus regulated interchange rates has gutted miles and points programs on cards plus resulted in very limited bank acceptance of Apple pay.

The question is why Citi won’t allow android pay and instead insists on its buggy Citi pay app. My understanding is that google doesn’t charge for Android pay – the data they get from Android pay is worth a lot more to them!

Can sense your overflowing emotions when penning this lol

i am a sensitive beefcake.

Love Yoshinoya. Redeem and give me leh.

Redeem and make it a raffle prize. Beef bowl with the beefcake.

I tried to pool rewards card and clear plat card points together a couple of months ago and got the no. I did pool them 2 years ago when they were Citi dollars, before they became thankyou points with the new rewards website and all. The t&C at the time specifically permitted pooling of same types of points (ie Citi dollars can pool but miles and Citi dollars cannot pool). As an aside, I transferred points to asiamiles for a US return redemption on Cathay in 2nd half of this year – my first time flying Cathay since the pre-97… Read more »

As a side note, certain online merchant award additional bonus points of 9x on top of your usual 10x.
I’ve managed to find Jcrew.com only.
If it helps.

I find it strange there is no pooling for ThankYou points here, the US-based versions of Citi Prestige, ThankYou Premier and Thank You Preferred do pool. Maybe worth mentioning this to Citi!

haha we also don’t have the crazy sign up bonuses that the states has, but i don’t think mentioning that to citi will help either! it is annoying that policies aren’t consistent across countries though

It seems like the MC version of the Citi Rewards is discon? I just tried looking for it online (in order to get 2x the capped points for boutique shopping together with Visa version) but can’t seem to find