A better use for your staycation budget?

Join us in supporting the work of New Hope Community Services, and help put a roof over the heads of those who have none.

With Covid-19 all but putting an end to most people’s travel plans, there’s been a surge of interest in staycations. I know that’s what I thought of, once my Koh Samui trip got cancelled.

Then last week Malaysia declared a lockdown, and almost 100,000 Malaysian workers rushed into Singapore. Not all of them were able to find accommodation, and social media was awash with images of people sleeping rough at Kranji MRT. Thankfully, the situation got sorted out quickly, and most have since been accommodated elsewhere.

But those pictures got me thinking. Even after all this is over and the Malaysian workers head home, there’ll still be ~1,000 homeless people in Singapore with no place to go. And as much as a staycation may seem like a nice escape from everything that’s been going on, it didn’t sit right with me to be dreaming about a second roof over my head when some don’t even have one.

To be clear, I’m not against the idea of a staycation per se. They’re great ways of spending quality time with family and loved ones, and I’m sure I’ll be doing one again in the future. However, given the current economic situation, and the prevailing sentiment that everyone should just stay home, would you consider taking the money that would have been spent on a 24-hour staycation and using it to do some lasting good?

I recently read about New Hope Community Services (NHCS), a charity which partners with the Ministry of Social and Family Development to provide shelter and assistance to displaced families and the homeless.

In addition to their regular outreach to the homeless and underprivileged through employment support and home ownership education programs, NHCS has just opened a new shelter called Transit Point @ Margaret Drive. This provides housing to homeless Singaporeans and their families, as well as Malaysian workers who have not been able to secure accommodation elsewhere. 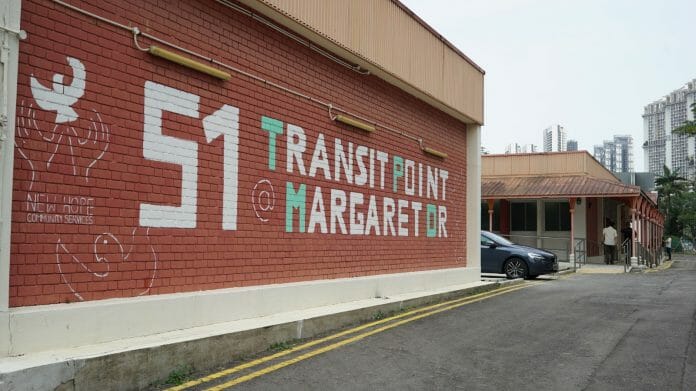 As the name suggests, the home is meant to be a temporary place of residence while individuals and families find their feet. In 2018, almost 90% of families found housing within 6-9 months of entering NHCS’s shelters.

I think this is a fantastic cause, and I’m starting a campaign called “Under One Roof” to support their work (because everyone should have a roof, and also PCK is always relevant). We’re hoping to raise at least S$5,000 by Tuesday, 31 March 2020.

I’ve gotten the ball rolling by chipping in what I would have spent on a couple of staycations, and invite you to join me if you can.

Donate to the Under One Roof campaign here 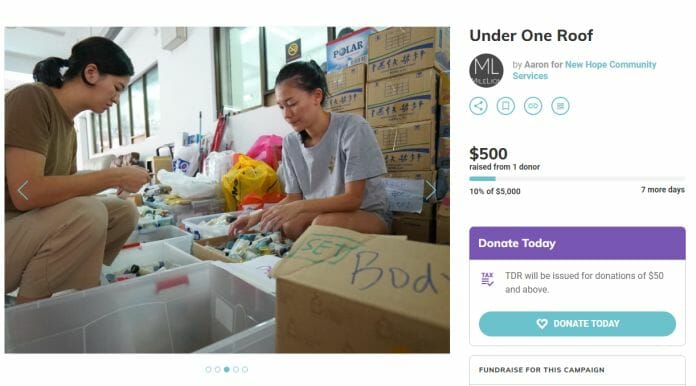 To put amounts into perspective…

A mid-range staycation will easily set you back more than S$200 once you factor in all your costs. That lasts for maybe 24 hours, but this could change the course of someone’s entire life.

I understand that times are difficult now, and some people may have taken pay cuts at work. If giving would impose an undue hardship on your family, please don’t. However, if you’ve been blessed to be in a comfortable enough position to ride this out, would you consider giving in whatever small (or big) way you can?

NHCS is an approved IPC, which means donations (min. S$50) will enjoy 2.5X tax deductions. It has also been recognised at the Charity Transparency Awards, and you can view its annual reports and audited financial statements here.

With the economic downturn brought on by the Covid-19 outbreak, charities are getting hit hard. According to TODAY, donations have fallen by up to 60%, as  fundraisers get cancelled and people tighten their belts. So even if this particular cause doesn’t resonate with you, do consider one of the numerous #SGUnited initiatives supporting those impacted by Covid-19.

Thank you, and God bless.

Merry Christmas from The MileLion

Great initiative! Shall chip in, too!

thank you for your support!

thank for your support 🙂

Will chip in keep going