AIA Vitality members who dislike the upcoming 20 July changes can request a pro-rated refund of their membership fees.

AIA recently announced some awful changes to the Vitality program, which kick in from 20 July 2020. The long and the short of it is that Vitality members now have to work harder for fewer rewards.

Safe to say, members are none too pleased about the changes, with gnashing of teeth and rage quit threats aplenty. There’s even a petition (rather badly worded but it gets the point across) circulating with more than 1,000 signatories.

Say what you will about online petitions, but the backlash has been sufficient for AIA to issue a statement defending the changes, and offering a pro-rated refund of Vitality memberships.

Here’s a copy of the email that AIA Vitality members received yesterday:

There’s quite a bit to dig into here, so let’s take it point by point.

First of all, let me just say that the overall tone of this email is a lot less grinding than the initial announcement. It’s amazing what a little frankness and honesty can do.

The initial email that AIA sent out should go down in the PR playbook as how not to announce a devaluation. It constantly amazes me how companies think they can dress up bad news with fancy infographics and excited language, and customers will be none the wiser.

The fact is: no one likes to have the wool pulled over their eyes, and AIA’s attempts to paint these changes as positive and done nobly for the welfare of customers just come off as disingenuous.

In contrast, the second email strikes a more subdued tone. “People are abusing the system and we need to act to keep the program sustainable” is more than fair, and I think if they’d led with that then people would be a lot less incensed than they are now.

The problem with AIA’s changes

AIA says they have a problem with gamers, and these changes are meant to address that problem.

See, I agree with this, but only 50%. That’s because there are two factors to consider here: the earn side, and the rewards side.

On the earn side, we all know someone who’s using a step shaker to earn extra points. A simple search on Lazada or Qoo10 will throw up numerous listings, and even if you don’t resort to that, who amongst us hasn’t idly shaken their Fitbit a few extra times before going to bed? 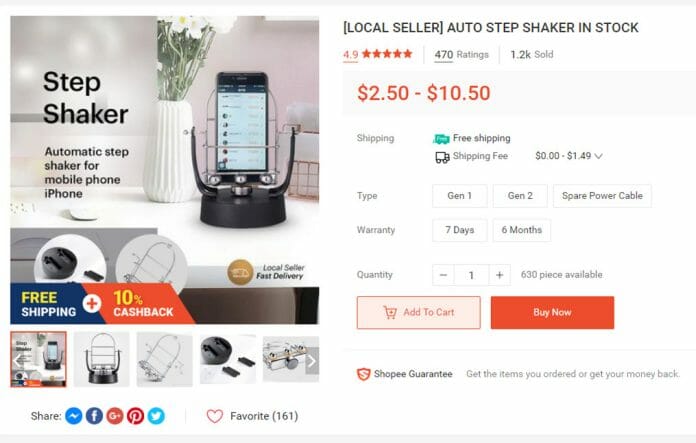 This goes against the spirit of the program, and AIA is entitled to take action. The upcoming changes go some way towards ensuring that people actually get their heart rates up, instead of putting a fitness tracker on the cat. So this, to me, is pretty acceptable.

What’s harder to accept is the changes to the rewards side. AIA has replaced the guaranteed S$5 weekly reward with a “Vitality Wheel”, which members will now spin upon achieving their weekly goal. 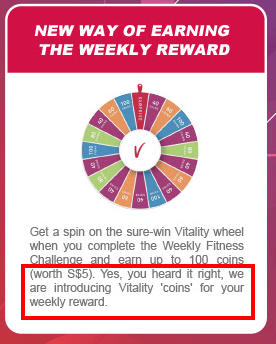 AIA likes to portray this as a fun gamification feature, but to do so is to ignore the fact that there’s a 75% chance you’ll be worse off, and your expected payoff is now 30% lower than before.

This is cost-cutting masquerading as gamification. If the issue is that people are abusing the system by clocking points they shouldn’t have, fine. Adjust the earning mechanism and close the loopholes. Set new targets that are more difficult to game,

But having achieved that target, is it not demotivating that the payoff is now random? Why should someone who has played by the new rules now be rewarded with as little as 40 coins (equivalent to S$2 worth of vouchers)?

The logic just doesn’t flow, and reminds me of a chat I had with Bank of China back when they announced some revised terms and conditions for the BOC Elite Miles Card. In short, they were adding more rewards exclusion categories, and capping the maximum points that card members could transfer in a single transaction.

See, BOC also claimed to have a gamer problem. People were abusing the rewards system by charging psuedo-cash transactions to the card, generating tons of points and cashing out. The new rules, they argued, would make this behaviour harder.

I agreed with what they said…50%. If the problem is gamers, by all means tighten up your earning rules and adjust your system so that such transactions don’t earn points. But how is it fair to penalize everyone by implementing a points transfer cap? This means that card members who legitimately earned their points will also be adversely affected, and it’s really a form of collective punishment.

AIA is offering disgruntled Vitality members the option to cancel and refund the remainder of their membership. Termination can be done through this online form, and requests must be made by 31 August 2020.

There will be no clawback of any benefits or rewards consumed up to the point of cancellation, including previously-received premium discounts.

Do note that the Terms and Conditions at the bottom of the cancellation form state that there is no refund of membership fees. I’m assuming AIA simply forgot to update this page, as their email states very clearly that a pro-rated refund will be offered.

Should you cancel AIA Vitality?

The answer to this really depends on how much you’re saving on your insurance plans.

An AIA Vitality membership costs $8 a month, or S$96 a year. Each member starts with a 5% base discount off their premium (plus a first year only additional 5% discount), which is adjusted up or down by 1-2% each year depending on Vitality status. 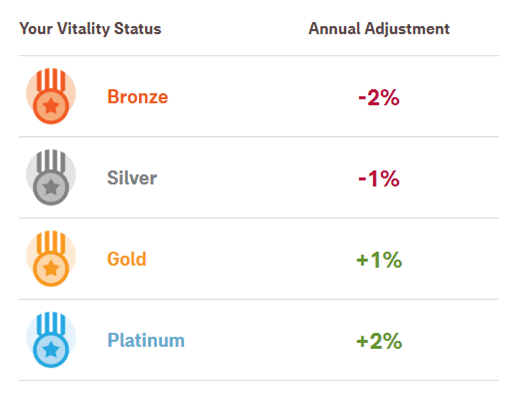 You’ll have to do the math and see if the savings on your particular AIA plan justify the cost of Vitality (and also, whether you could find similar coverage for less through other insurance carriers).

AIA is offering Vitality members the opportunity to cancel and refund their memberships, which I believe is the right move, given how the value proposition has been nerfed big time.

While I’m fully on board with the idea that earning rules have to be tightened to block gamers, I think the random rewards system unfairly penalizes members who have worked hard for their reward. It’s of course AIA’s prerogative to make that change to preserve the economics of the Vitality program, just as much as it’s the customer’s prerogative not to continue their memberships.

Will you be keeping your AIA Vitality membership?

Despite dislike the change, I will still keep it for my FF (probably soon switch to virgin) membership, it’s still good deal

do u know how much Virgin is charging after discount? FF is $152.

Companies should definitely run their devaluations comms by you before releasing them.

I dunno, it might be very bad for my blood pressure…

Consulting work – hourly rates. Might be worth your while. Hee hee

You obviously has a lot of cheater friends. I exercise in gym or run 5km at least 4x a week and by Wed already hit 300 pts

The problem is, even if you hit 300 points your reward now becomes a game of luck, not what members were envisioning when they signed up

At this point in time, I can only try it out to see if I can still meet the goal when it finally gets implemented. However, I would prefer AIA to at least compromised a little bit. They need to scrap off the gacha-like reward system and put in the old voucher system, abeit one with reduced reward.

I would rather know that I can reap a fixed reward of 3.50(?)sgd voucher after my workout instead of another round of ambiguous lucky spin

other consideration is if u get platinum status and renewal policy before 20th July, your rebate 150$ will be gone if u cancel ur AIA Vitality

hit the gym 4x a week

With the team challenge removed wef 20 July, i suppose there is no longer any difference between status (silver vs Gold vs Platinum)?

There is a difference: insurance discount that you will get depending on your vitality status.

Wheel of chance? Obviously the people that came up with and agreed to ths idea dont excercise. Its a really lame idea on top of removing the group benifits.

AIA, as usual, is a sneaky company. Instead of looking at themself, they blamed their users. Does their own CEO even use this crappy program? When you set targets, you know it should be SMART. Specifically, is it R(ealistic)? 10K steps for three times a week is already a stretch for many, but for 5 times a week? This is no longer about making you exercise more. Instead, it’s obvious that they want to make it difficult for you to earn, and on top of that, even more than doubling the membership price. No wonder their users want to use… Read more »

where is the refund details

Base their method of working.
Who knows? In future AIA might also change your insurance policy payout when they lose money.

Orbi good! Hahaha!! Some think they big shot just cause they own AIA vitality card and vouchers. You want free money go earn it the hard way!