Back in July 2020, OCBC made some major changes to the OCBC 360 Account, cutting the headline rates and removing the bonus interest for credit card spending.

Now comes word that there will be another set of changes (the third so far this year) taking effect from 1 October 2020.

Interest rates have continued to trend lower since the Federal Reserve cut US interest rates almost to zero in March to mitigate the economic impact of the COVID-19 pandemic.

As a result, we have to make changes to the 360 Account (see summary below). If and when the interest rate situation improves, you may be assured that we will adjust our product offerings accordingly.

We thank you for your support and for being understanding.

These changes will see the effective interest rate for the 360 Account increased from 2.15% to 2.68% p.a, but unless you’re currently insuring and investing with OCBC, the interest you earn will decline.

From 1 October 2020, OCBC will make the following changes to the 360 Account’s bonus interest structure:

That sounds great on paper, but look closer, and you’ll find that you just might be worse off.

To think: as recently as May, OCBC was offering an effective interest of 1.8% p.a just for salary crediting- more than you’re likely to earn from the entire 360 Account right now.

From 1 October 2020, the bonus interest awarded for increasing your average daily balance by at least S$500 from the previous month will be cut from 0.3% to 0.23% p.a.

This bonus isn’t too difficult to hit, although you really have to pay attention to your average daily balance figure if you’re in the habit of regularly moving funds in/out and paying bills out of the account.

Currently, OCBC awards bonus interest of 0.9% p.a for the Wealth category. Customers who insure or invest in eligible OCBC wealth products will earn this bonus interest for 12 months

I generally prefer to source my own insurance and do my own investments, so this was never a viable bonus category for me in the first place.

I’ve never paid attention to the Grow bonus, given that it requires you to maintain an average daily balance of at least S$200,000- way more than I’m comfortable parking in a savings account.

What does this mean for the “typical user”?

In my mind, the typical OCBC 360 Account holder is just crediting salary and earning the Save Bonus. This means he/she will see the following changes:

Let’s be frank though. Ever since interest rates started coming down, savings accounts have not been the ideal place to park your spare funds. In recent times, I’ve taken to putting short-term funds in Singlife, Dash EasyEarn, and Stashaway Simple. None of these will make you rich, but they’ll at least provide a hedge against inflation without making you jump through hoops.

The real money is in the stock market, and while I don’t feel qualified to give stock tips, I can confidently say that a carefully curated portfolio of high quality equities, held over a long enough period, is going to give much better returns than any savings account. 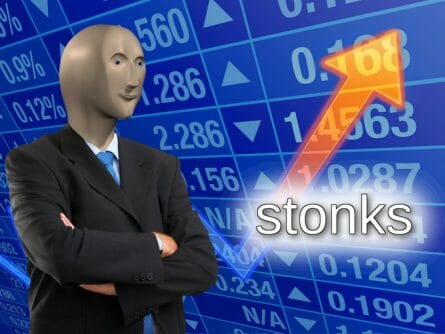 OCBC’s 360 Account changes are no doubt negative, but that’s the general trend we’re seeing for savings accounts everywhere. I still keep my 360 Account out of convenience (because I have several GIRO arrangements tied to it), but don’t keep a significant balance inside.

DBS Multiplier is where it’s at!

Even Stashaway now has dropped from 1.9 to 1.4%. I see UOB ONE has not done any severe cuts yet, maybe they could be a good choice?

Cuts will come to UOB One. Since the underlying cause for interest cuts are the fed rates, it only makes sense that every bank will adjust interest to reflect that, instead of UOB doing charity and absorbing losses.

sorry yes, you’re right. forgot the base interest. updated the post and workings.