Travellers to Indonesia will no longer need to present an e-HAC on arrival, and recovered travellers will be exempt from pre-departure testing.

Indonesia recently streamlined the process for incoming travellers by scrapping the PCR test on arrival, as well as the visa requirement for Singapore and other ASEAN nationals.

Now, there’s further good news, with the e-HAC requirement dropped for international arrivals. Indonesia will also implement a formal protocol for recovered travellers that exempts them from pre-departure testing, though they’ll apparently still be required to take a PCR test on arrival- something that really confuses me.

With the latest changes, here’s the checklist for quarantine-free travel to Bali (the same procedure applies for travel elsewhere in Indonesia).

International travellers to Indonesia are required to download and install the PeduliLindungi app (Android | iOS), which is used to display vaccination status, check-in to venues and receive test results.

Inside the PeduliLindungi app is something called e-HAC, basically a digital health declaration form. Completing the e-HAC requires travellers to upload their vaccination certificate, submit their pre-departure PCR test result, and make a declaration on symptoms and 14-day travel history. 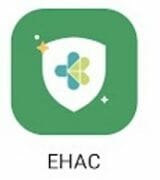 Effective immediately, international travellers to Indonesia are no longer required to complete the e-HAC.

All they are required to do now is: 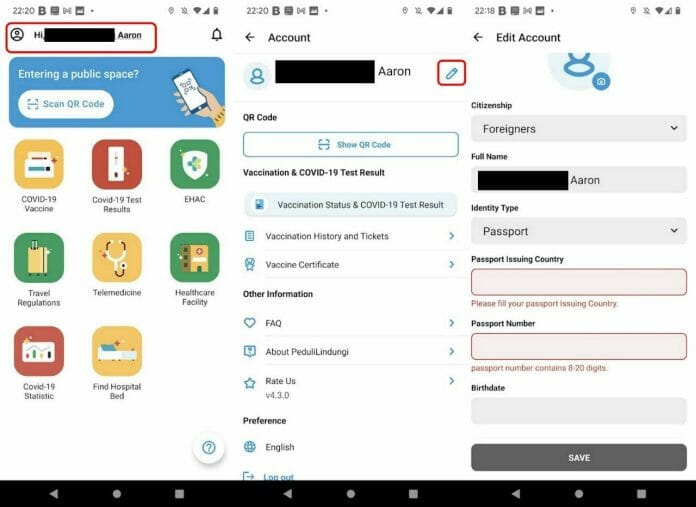 If you wish, you can also visit this website and verify your Singapore/other country vaccination certificate, so that it can be transferred into the PeduliLindungi app.

This is not stated as a requirement, so I assume it’s no longer mandatory either. It may, however, save some time when arriving in Indonesia if you’ve already settled it prior to departure.

As far as I’m aware, there was previously no official policy regarding how recovered travellers would be treated, creating one big wild card for this group.

Indonesia has now implemented an official policy for the treatment of recovered travellers.

​In the event that the PPLN is confirmed positive for Covid-19 maximum 30 days before departure and is declared inactive in transmitting, then it is excluded from the obligation to show the vaccination card/certificate and the RT-PCR result is negative, must provided that it shows a doctor’s certificate or recovery certificate and mandatory RT-PCR test upon arrival.

Let me attempt to rephrase that in my own words.

If a traveller has tested positive for COVID-19 within 30 days before departure, he/she is not required to show a vaccination certificate nor a pre-departure PCR test.

However, he/she must present a doctor’s certificate or recovery certificate, and undergo a mandatory PCR test on arrival

It’s that last part that puzzles me. So the traveller is excused from pre-departure testing…but they still need to take a PCR test on arrival.

What happens if that test result comes back positive? There’s no explicit guidance on this, but the previous protocol was:

Presumably those who have recovered will be asymptomatic, but surely it’d make no sense if they’re carted off to an isolation facility nonetheless?

To add further confusion, Indonesia’s tourism website makes no mention of the PCR test on arrival for recovered travellers, which frankly would make a lot more sense.

I hope they’ll provide some clarification about this soon.

I recently travelled to Bali for a brief 3D2N trip just to check out what things are like over there. While the regulations and procedures have changed since my trip, I’ve updated the posts to reflect the latest conditions:

Indonesia has further streamlined the process for international arrivals by scrapping the e-HAC, and recognising recovery certificates. Unfortunately, it appears like recovered travellers are still required to do a PCR test on arrival, which is confusing if nothing else.

It seems the next step would be to do away with the pre-departure test altogether, something that countries like Cambodia and Thailand have already done (and Singapore will do soon, if you believe the whispers). Once that happens, travel to Bali should be no more complicated than pre-COVID days.

Aaron Wong
Aaron founded The Milelion to help people travel better for less and impress chiobu. He was 50% successful.
Previous articleMileLion Weekly Deal Summary [2-8 Apr 22]
Next articleEarn up to 13 mpd on KrisShop purchases via Kris+ for April

Is it a requirement to stay in a hotel throughout the trip? I don’t see this in the embassy’s advisory.

I think Airbnb is ok now since there’s no more need to stay in a CHSE approved accommodation.

I first tested positive 33 days before my flight, but remained positive within 30 days of my flight. Would this mean I don’t need to show pre-departure PCR?

Hi Aaron, hope u r having a wonderful time in Bali. I will be flying over end April! Btw… I have already received the email stating that my Singapore vaccination’s records have been verified. However… I am still unable to claim my vaccination certificate in the app even after a few days. Can advise?

you’ll need to contact the relevant authorities regarding this, they’ll be better placed to advise

Will do! Tks so much! Looking forward to yr Conrad Bali report! I will be staying at Westin Ubud end of April!

I’m having a similar problem, but I realise it’s because I attached a photo of my old passport number. I try to revering but it says. Verification is already in process. I can’t seem to find a contact, but my Bahasa is admittedly not good.

To answer my own question, I had an Indonesian speaker call the hotline. Apparently there’s nothing you can do but wait until you are rejected (however long that takes)