Could the AMEX CapitaCard be the worst credit card in Singapore?

The original DBS CapitaCard always holds a special place in my heart given that it was one of my first ever pseudo credit cards. What I mean by this is that it was a debit card, but unlike traditional debit cards, actually gave me some credit card-esque benefits. 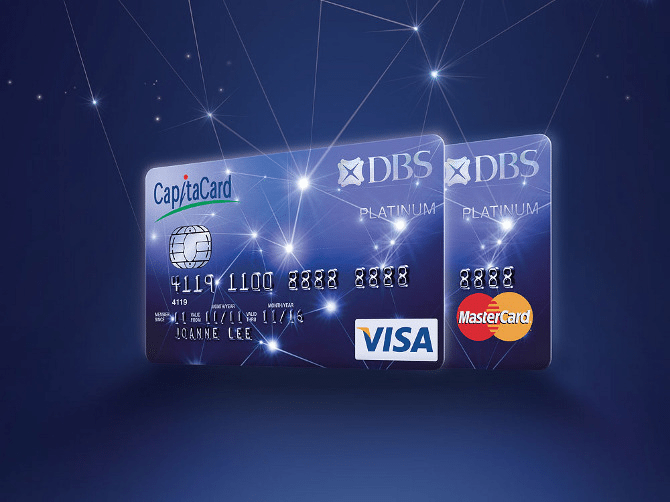 As a holder of the DBS CaptiCard debit card, I could earn Capita$, which was sort of like CapitaMall’s internal currency. This could be as high as 15% at certain merchants. I felt so pleased knowing that I was finally getting something back for my spending, even if it was pretty much working like a cashback card with a restricted cashout option (only spendable at CapitaMalls).  Of course, this was before I discovered the wonders of miles…

DBS must have lost the bid/decided not to bid to renew its agreement with CapitaLand Malls because the card was discontinued on 1 Jun 2016 and subsequently relaunched by American Express to much fanfare.

The new AMEX CapitaCard allows you to earn CapitaStar$ (have I said “Capita” enough in this post yet? I don’t nearly think so) whenever you spend at CapitaMalls or elsewhere. 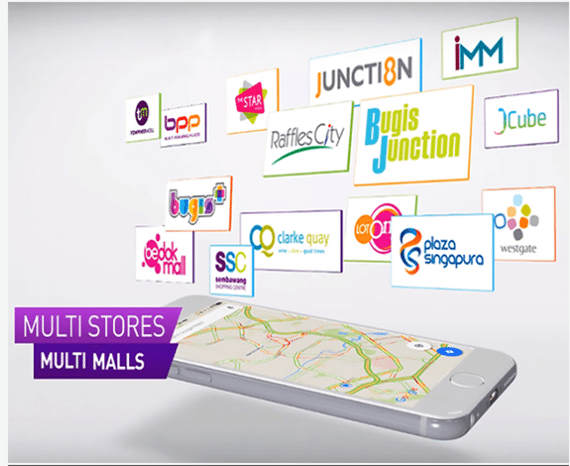 TL;DR version- they replace the old Capita$ system and can be redeemed for CapitaMalls vouchers at the following rates

You earn 5 CapitaStar$ for every S$1 of spending at 15 CapitaMalls in Singapore. Note that Ion Orchard, while a CapitaMall, doesn’t participate in this program. This represents an awe-inspiring 0.5% rebate. Let that sink in for a while. I mean, I rag on cashback cards, but even they give 1.5-3%  rebates.

At the same time, the program has all sorts of ridiculous arbitrary restrictions and rules that don’t make sense, even from CapitaMall’s point of view. For example

Or, as a rather virile friend of mine once said, “more rules than my girlfriend’s dad”

Sorry, a bit of a tangent there but understanding the Capita$ system is important to understanding whether the AMEX CapitaCard is worth it.

The key features of the card are given below

I don’t really consider “automatic crediting of STAR$ to your CapitaStar$ account to be a benefit”, although the current CapitaStars$ seems to be deliberately mafan. So let’s look at the other 2 cited benefits

How fast does it earn Capita$? 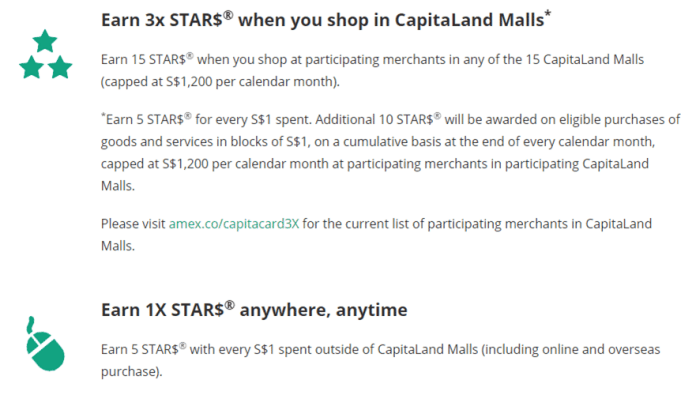 The AMEX CapitaCard earns Capita$ at the following rate

Spending at non-CapitaMalls gives you a 0.5% rebate. That’s just appallingly bad. In fact ,the “true value” of the rebate is less than 0.5% because unlike a traditional cashback card where you can apply that cashback to spend anywhere, this 0.5% can only be used at CapitaMalls.

Spending at CapitaMalls gives you a 1.5% rebate.  Again, the arbitrary rulemaking of AMEX/CapitaMalls comes into play here. Why does there need to be a S$1,200 cap each month? Caps make sense when the rebate amount is not sustainable (eg the 4 miles per S$1 on the DBS Woman’s World card capped at S$2,000 spend each month), but are you telling me that AMEX feels a 1.5% rebate, on a limited subset of spend, is not sustainable? Their True Cashback Card gives 1.5% cashback on all spend, without any cap, on spending everywhere, at a similar annual fee to the CapitaMalls card (we’ll get to that in a while)

Note: I’m not sure why the good folks at HWZ call the rebate 2.0% instead of 1.5% at CapitaMalls. I can only assume that they’re saying you can earn points on the CapitaMalls card and then physically scan the receipts to get another 0.5% as a regular Capita$ member. I’m surprised this is allowed, but no one’s challenging them on that point so I suppose it’s been done. Still, 2% isn’t anywhere near good enough.

But what about that free parking?

Yeah, the free parking is a commonly trumpeted benefit of the card. I get it- parking in Singapore is expensive. But this benefit only applies to a small subsegment of people- those who not only own a car, but visit CapitaMalls sufficiently to get the most bang for their buck.

When you put S$1,200 of spend on this card (can be spend from anywhere, not just CapitaMalls), you get 3 hours of free parking per day at participating CapitaMalls, which is pretty much all of them except Ion. Just your luck that one of the best located malls doesn’t offer free parking eh? It’s almost like they planed it that way…

Of course this can make sense in some limited cases.  Suppose you worked in Raffles City, for example where parking is S$2.20 an hour. Suppose you drove to work every day, five days a week. 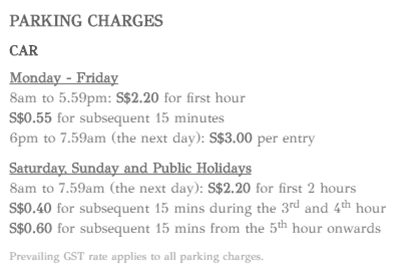 Sure, you could say that you might drive to town on the weekends and use the CapitaMall as a base to explore other places, and that would increase your rebate % a bit more, but I’m not sold on this benefit still (car owners, tell me if you feel differently).

I’m not going to bother replicating this calculation for all the CapitaMalls because Raffles City is likely to be the carpark with the highest parking rates (the majority of the other CapitaMalls are in the heartlands) anyway, so we’ve looked at a best case scenario already.

Note that this benefit kicks in 2 months after, so if I spend in Jan I’ll get free parking in March.

And if all that weren’t enough, this is the deal killer for me. I’ve often said that an annual fee makes no sense on a cashback/rebates card, and the same issue comes up here. After the first year fee waiver, you pay S$171.20 for the distinct privilege of being a card member.

In other words, you would need to spend

just to put yourself in a non-loss making position. That is ridiculous.

Given that a realistic scenario is that you’ll spend at least some of this at Capitamalls your amount will fall somewhere inbetween. But think about how much better all that would be if you put it on a card like the DBS Altitude or the UOB PRVI Miles? At 1.4 miles per S$1, you’d be looking at between 16,000 and 48,000 miles. I know which one I’m going for…

So why did I just bother reading all this?

There is a potential sock drawer card opportunity here. AMEX is running a sign up bonus where you earn 20,000 Capita$ after getting the card and making your first transaction of minimum S$1. That’s getting a $20 voucher for next to nothing.

Get your spouse to sign up for this card and the two of you can take your $40 to have a nice dinner. 5 minutes of work for that? Yeah, I might bite. But be sure to cancel it before the annual fee becomes due in year 2.

If you for whatever reason want to put a bit more spend on the card you can get a $50 voucher for $888 of spend within 6 months of getting the card. That’s an ok deal, although I’d rather put that spending elsewhere.

1.5% rebate for what amounts to a captive currency is not attractive at all. The free parking might work for a very limited subset of people, but that’s for S$1,200 spend each month or S$14,440 spend a year. At 1.4 miles per S$1, you would have enough to take a short holiday somewhere.

Sidenote: What happens if the merchant within the CapitaMall doesn’t take AMEX? I guess you’re out of luck then.

And please give an Effie to whoever dreamed up the tagline “Smart shoppers don’t count the stars, they make the stars count” because that is simply the best marketing line I’ve read today.

Could the CapitaMalls AMEX be among the worst cards in Singapore? Well…

2 points – you can use the mobile phone app to scan the receipts. and if you’re a passioncard holder, link the cards together and you get a bit more stars. I can’t recall how much more but you do get a bit more.

Another card with a restrictive rebate system is the DBS Safra Mastercard. I signed up just to get a $80 capitaland voucher from $500 initial spend, and sock-drawered it thereafter. The requirements to get the Safradollars rebate was just too strict – I didnt even get any Safradollars on it even though $400 of that initial spend was for a Safra Energyone gym membership renewal.

yeah I remember that one. horrible, horrible card too.

Yes agreed. The card now functions as a membership card and credit card 2-1. I have only flashed it once or twice since I got it for over the counter safra discounts @ Changi airport.

the opportunity to buy capitavouchers at a disc usually in Oct,

how much a discount are we talking?

Can use credit card to buy?

it really sucks that capitamall promotes something that is not even widely used in their malls. And I just got my first month bill.. what a hassle to make payment!

Y’know, CapitaVouchers do come in denominations of $5. So even with 50,000 STAR$, you can still redeem it in lower denominations.

Another note, if you DID work at Raffles City, and drove to work everyday, you would get Season Parking (http://www.sgcarmart.com/news/carpark_index.php?ID=222&LOC=all&TYP=carpark&SRH=) which costs $224.70/mth – unlimited parking at Raffles City everyday) instead. You typically wouldn’t benefit from the CapiAmex card on parking, nor would it make sense to use that offer for parking.

ion has always been seperate because it is not fully owned by capitaland.

ion is a joint venture with HK company.

it has its own loyalty program so obviously it cannot be used in conjunction with capita$.