Singapore Airlines has recently launched this new series of Singapore Air games. I’ve written about it before during the Christmas period where they had Santa’s Gift Grab game. I think it’s only fitting to repeat the section below-

The idea behind Singapore Air Games is that various games will be available all the way through April 2017, and that there’s an ongoing leaderboard that rewards those who persistently play. The top 3 scorers when the games period ends on 15 April 2017 will get Krisflyer miles equivalent to their game points scored. Now before you get all excited, note that the fine print reads-

So yeah, don’t get excited.

Now, the main attraction of this promotion to me isn’t about scoring and accumulating points for the leaderboard, it’s about the economy fare deals that SQ gives out to players.

TL;DR here are the cheatcodes that you can get from playing the game that give you discounted economy class fares to selected destinations. The number in the code is the price you pay. I’m going to include in square brackets at the end how much these fares were during the Santa Gift Grab game for comparison. You enter these codes at the booking screen when it asks you if you have a special code.

As you can see, all promotional prices are the same as last time. The main difference is they don’t have Manchester this time round ($808 during the Christmas sale). These fares need to be booked by 31 January for travel till 31 March 2017. My pick of the deals? Bangkok and Beijing seem to be fantastic value. Seats are limited, so if you’re thinking of booking you’d better do so sooner rather than later.

Now save yourself time by not playing the game. I mean, look man, I love my games. I think Bioshock Infinite is a work of art, a grandiose exploration of themes like American exceptionalism, manifest destiny, predestination and the illusion of choice, constants and variables and how you building a floating city to avoid the Sodom below might not be the best idea. I love the Last of Us, Psychonauts (it’s really your fault that all the games now are military FPS derivatives), the Fallout series (maybe not New Vegas) etc etc.

I suppose it is unfair to demand something similar from SQ . But couldn’t they at least make sure the game works properly? Here’s my experience playing The Prosperity Tree.

This is the loading screen. I was concerned there was no intro cut scene as this not only reflected corner cutting, it also made it difficult for me to identify with the protagonist of the game. 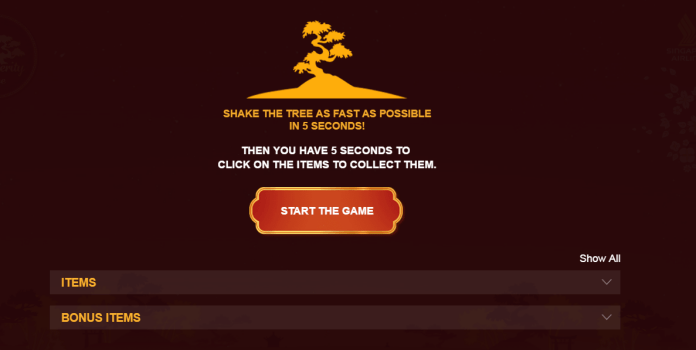 I was then taken to the launch segment. The premise of the game was explained to me in clear and simple English. I was excited at the epic quest I was about to embark on. Maybe I’d find, on this quest, elusive rare items like saver space on SQ25/26, an SQ website that lets me make online changes to tickets after the first leg’s been flown, or maybe the ultimate rare Pokemon, an op-up! 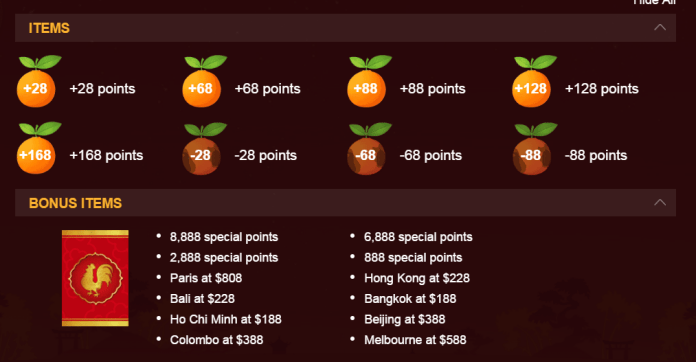 Or you could just give me these. Yeah, that’s cool too.

Too quickly I was thrust into the heat of battle. I panicked because I felt unready. Don’t most games usually have an in-game tutorial where the first mission’s just learning about your basic moves? How was I supposed to rescue the princess? Which was the jump button? And would the Konami code do anything? 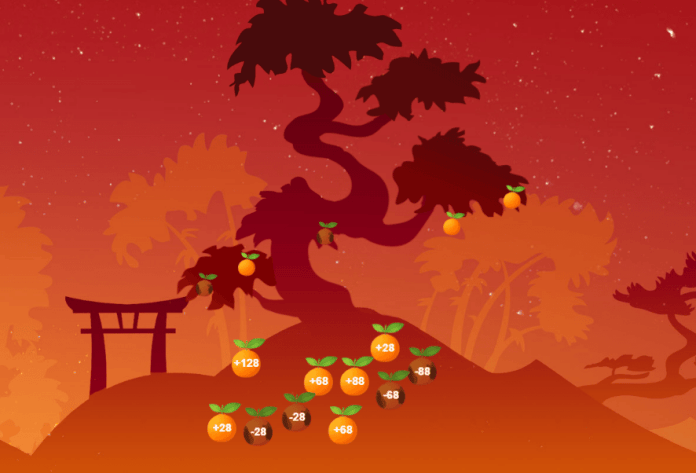 It was evidently too late to think about that as the game began. I gave the tree several half-hearted shakes, swiping my IBM trackpad mouse to the left and the right. I imagine this game would be more fun with a gamepad. The fruits fell. The game told me to quickly click on them to grab them. I complied dutifully and was excited to see what bounty I had gathered.

At this point the whole game hung and refused to reload.

Maybe this is a deliberate glitch, I thought. I mean, it ‘d be like a cool cliffhanger setup for The Prosperity Tree 2- Maximum Overdrive.

I waited 30 minutes in anticipation of an easter egg.

At this point I had given up trying to understand the plot and simply looked for a walkthrough. By which I mean I went to the comments section and took the codes from P, a helpful reader.

Do tell me if you manage to defeat the final boss though.

$388 on SQ to Colombo is a great way for positioning to take advantage of cheap J tickets out of CMB.

Redeemed red packet and mini tote bag from SQ Ion – that’s what i get from the fortune bag.

remind me to print special milelion hongbaos for next year #marketingidea

not a bad idea… better yet, prepare a game first – test on your blog knowledge, then ask them to redeem special milelion hongbaos

yup.. i’m suppose to be the last guy they distribute (last on the line).. i saw a longer queue stack against the wall a distance behind me, dunno got extra under the drawer or just there to watch us earlier queue bring our tote bag home.. 🙂

are these one way or return? thanks