IHG just released the list of hotels that will have their Rewards Nights Points revised. Spoiler alert : devaluations aplenty

IHG Rewards Club, the loyalty program of the IHG Group of hotels which include the Intercontinental, Holiday Inn, Hotel Indigo and so on, just announced their new Rewards Night pricing revisions for 2018 and boy it does not look good.

Note that as of now (2nd Jan 2018) , the points required for a night in the list of hotels having their points revised have not changed yet. So if you have an upcoming holiday and was thinking of using IHG points to redeem nights, better do it sooner rather than later as there is no exact date specified by IHG as to when the changes will be effected.

I’ve combed through the Points Changes list released by IHG which can be found here, and below are some of the properties in the region and popular holiday destinations which have seen the number of points needed for a Reward Night go up

Thankfully back home, the Intercontinental Singapore, Hotel Indigo Katong, Holiday Inn Atrium and the Crowne Plaza Changi Airport (for the AV Geeks who want to have a staycation there) has been spared from this devaluation.

Properties in Malaysia have been spared the devaluations as well. (although you’ll find little reason to redeem points for hotels in Malaysia)

Most notably, all the prominent Intercontinental (IC) hotels like the IC London Park Lane, IC New York Times Square, IC Bora Bora and the IC Hong Kong have been promoted to 70,000 Rewards Points a night(!!). Making it now even more expensive to have stays on points purchased during IHGs points sales.

If you were to book a night on their Flexible Rate however, your cost would only be at S$495, meaning it would be cheaper to book the room outright with cash after the devaluation.

Hotels which have gone down in points

While the list of devaluated hotels are aplenty, there are some hotels which have went down in points. Below are a few that I selected :

Many of the hotels that had their points lowered for redemption are not in tourist hotspots. The Holiday Inn Express & Suites Orlando at Seaworld however, is an exception. A quick Google Map search shows its located very near to Seaworld. Seeing that the area is dominated by Marriott and Hilton, my guess is that they lowered the points required to encourage more people to stay with them. 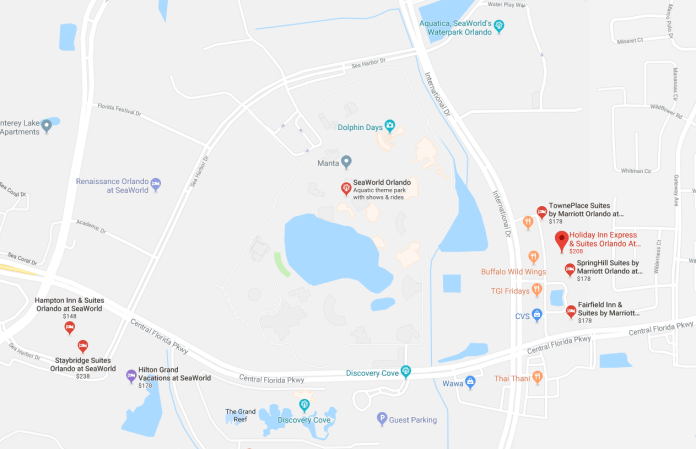 The Indonesian hotels that have gone down a notch are also nowhere near the touristy area. The Holiday Inn Express Baruna Bali is a good 2.7km walk from Bali’s famed Kuta Beach.

Staybridges Suites Baku is another interesting property which has gone down in points as it’s located right smack in the city centre and in close proximity to the Formula 1 Street Circuit which hosts the annual Formula 1 Azerbaijan Grand Prix. (F1 fanboy alert)

With devaluations like this happening annually, it has become even more important that we adopt the “earn and burn” mentality towards the points we have. For us here who frequently purchase IHG points during their sales, it has also now become more expensive to book nights via this route, so check the paid rates before utilizing points for a redemption at IHG. You could come out ahead with using cash now instead of points.

[HT: Point Me To The Plane]

Matthew Chong
Addicted to luxury travel while trying not to go broke, Matthew is always on the prowl for the best deals in the travel industry. When he's not busy studying, he can be found trawling the internet and reading up on credit cards, airlines and hotels. He also wouldn't mind taking you out on a date.
Previous articleNorwegian’s New Year Sale offers round-trip London tickets from S$459
Next articleSingapore Airlines’ move to charge credit card fees is a disgraceful money grab