What routes? What seats? What schedule? What award space?

Singapore Airlines will be the launch customer for Boeing’s new 787-10, with the aircraft first deployed on the BKK and KUL routes for crew familiarization and training in April before being scheduled to serve KIX from May 2018. The airline expects to receive 49 of these aircraft in total.

The SIA website has been updated to show the seatmap for the new 787-10. Economy is 3-3-3 configured with 301 seats in total. Rows 41-47 are part of the “forward zone”, which everyone other than Economy Flexi, KF Elite Gold and PPS Club members will need to pay a fee to select in advance. 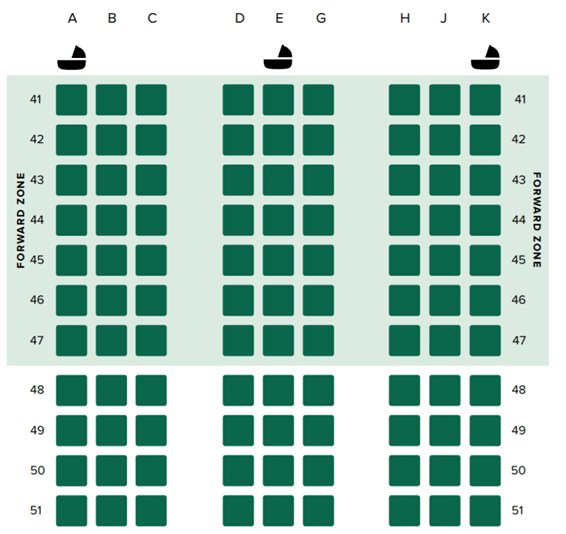 Business class is a single cabin of 9 rows of 4 seats in a 1-2-1 configuration. Note how “Row 13” is missing, because although we as a species can invent amazing marvels of technology such as the 787, we’re still deathly afraid of a two-digit number. 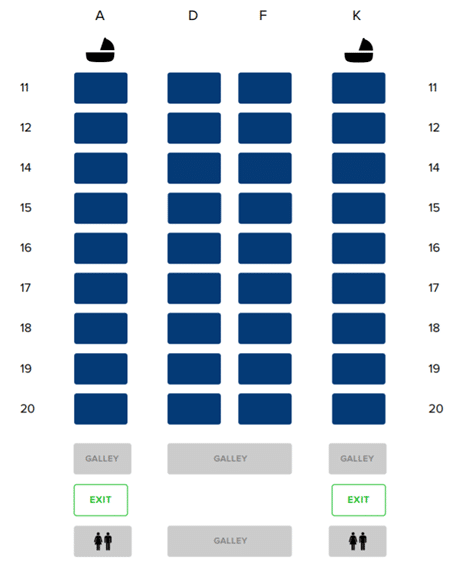 What are the seats?

Economy seating will most likely be similar to that used on SQ’s A380s, but more narrow.

However, in terms of seat width something has to give. You’ll remember that SQ is one of the few airlines to still operate 3-3-3 seating on their 777s, which are much wider than the 787. Going 3-3-3 on the 787 means that SQ’s economy seats on this aircraft will be more narrow than what you find on their 777s.

Where business class is concerned, AusBT has reported that SQ has chosen the Stelia Opal seat for its new regional business class. 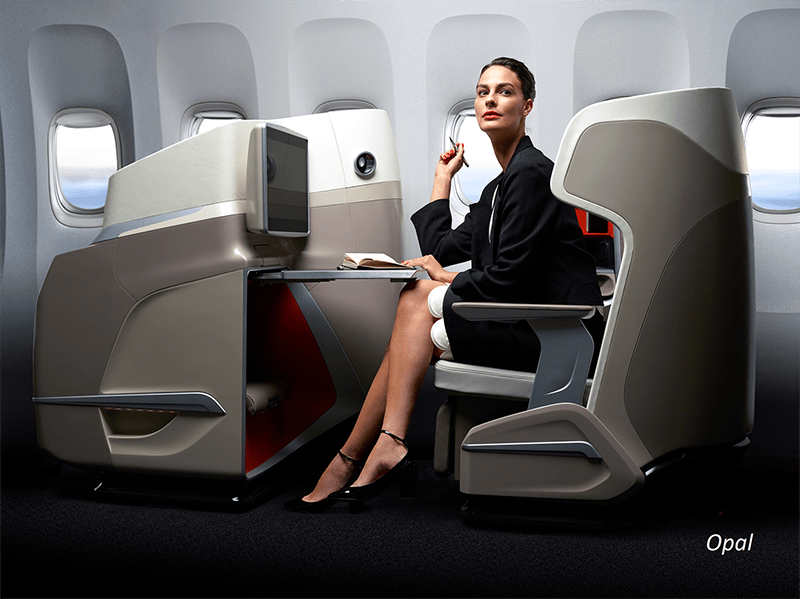 However, Runway Girl Network mentions that SQ has reached out to them to explicitly deny this, and to state that an announcement would be made “in due course”. As for me, I personally think that this seat has been chosen, but SQ is still putting the final touches on its customizations and wants to hold off on PR until then.

It’s fantastic that we’re finally going to start saying goodbye to the awful regional business class seats that SQ currently has on its A330s, which were deployed on routes as far as Brisbane. 1-2-1 full flat seats with all aisle access is a huge step up from the cabin experience that the old regional product provided. It’s also more than a little interesting, as RGN points out, that Stelia Aerospace is a subsidiary of Airbus, and for a launch customer of one of Boeing’s most anticipated aircraft to pick interiors from an Airbus affiliate is, well, going to raise some eyebrows. As mentioned previously, the aircraft is first deployed to KUL/BKK from 3 April before being switched to KIX. It’s rather interesting how SQ is utilizing this aircraft, because they’re really squeezing out maximum utilization from it.

First, the good news. These regionally-configured aircraft will not have premium economy, which means upgrades from economy to business class will be possible so long as you purchase an Economy Standard or Flexi ticket. As a reminder, here’s how many miles you’ll need to (1) redeem a business class ticket outright (2) upgrade from economy standard or flexi

You can see that it’s hardly worth upgrading an economy standard ticket, given that it’s almost the same mileage required as redeeming a business saver award outright. In fact, upgrading economy flexi tickets to KUL/BKK isn’t worth it either, and the only scenario where upgrading a revenue economy ticket might make sense is if it’s an economy flexi ticket to KIX (30,000 miles to upgrade versus 43,000 miles to redeem outright).

Still, given how expensive SQ economy flexi tickets are, I’m going to maintain my stance that upgrading economy revenue tickets should only be an option when your company pays for the base ticket.

I’ll be looking forward to reviewing the new business class product as soon as I can sort out my schedule. I hope those of you with more flexibility can try and snag some business saver awards in May and be the first to try it out! I’ll be expecting a trip report from you, of course…

The new economy seats will be of the same Recaro model as the new A380s, just much narrower. So don’t expect IFE controllers.

aye, someone just pointed that out to me. updated!

Not sure I am very comfortable with the 787-10s coming out of the Charleston facility rather than the Seattle plant after having just seen this Al Jazeera documentary (http://www.aljazeera.com/investigations/boeing787/). As far as I could tell, at least Scoot’s 787s are from Seattle.

Scoot gets their 787s from both Seattle and Charleston.

boeing had a field day responding to that one…

What tools did you use to find the award spaces? Could you guide us through with a future article perhaps? Thanks!

KVSTool. it’s….got a bit of a learning curve. thinking of running a special seminar to teach people!

That would be much appreciated! Thanks in advance!

Does this mean that the current A330 business class seats will be replaced by this new product? Even for routes like SIN>TPE/SIN>HK?