Accor may not have the best of loyalty programs around (they only just recently added breakfast as a Platinum benefit, and even then only for hotels in Asia Pacific), but it’s hard to argue with their sheer footprint. The portfolio includes brands that run the gamut from budget to top end, like Raffles, Fairmont, Banyan Tree, Sofitel Legend, Rixos, So Sofitel, Sofitel, Onefinestay, MGallery, Dhawa, Cassia, Pullman, Swissôtel, Angsana, 25hours, Grand Mercure, The Sebel, Novotel, Mercure, Mama Shelter, Adagio, ibis, ibis Styles, ibis budget, JO&JOE, hotelF1, Thalassa sea & spa.

Accor is running a limited time “Stay 3, Pay 2” promotion for hotel bookings made by 3 April 2018 and consumed between 31 March to 10 June 2018. These bookings are non-refundable, but can be a good deal if your plans are already firmed up. On the plus side, they include breakfast, at least at the hotels I looked at.

The mechanism of this promotion is interesting- instead of giving the 3rd night free, they reduce the rate for each night by a third. Depending on your dates, your rate for the first two nights may be much higher than the third, so you’d save quite a bit more in this situation.

For example, here’s some rates I found for Thailand (I looked at high end properties, but there’s deals to be found on cheaper ones too). 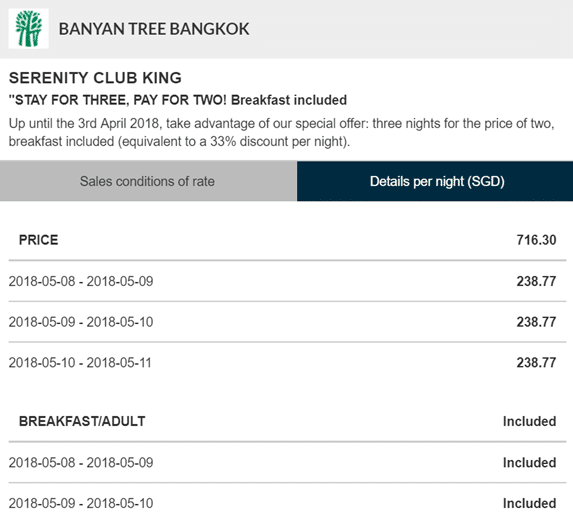 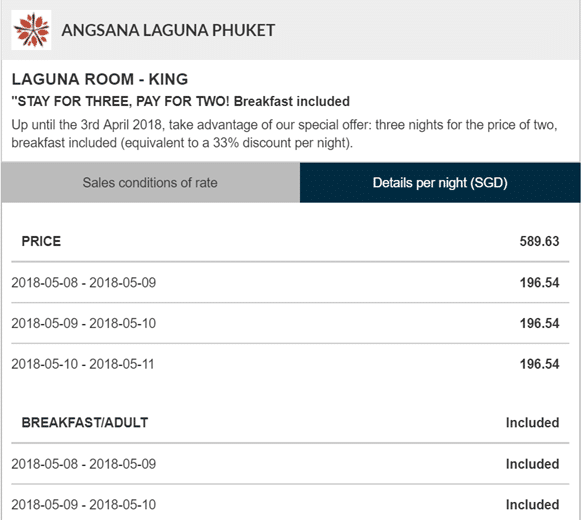 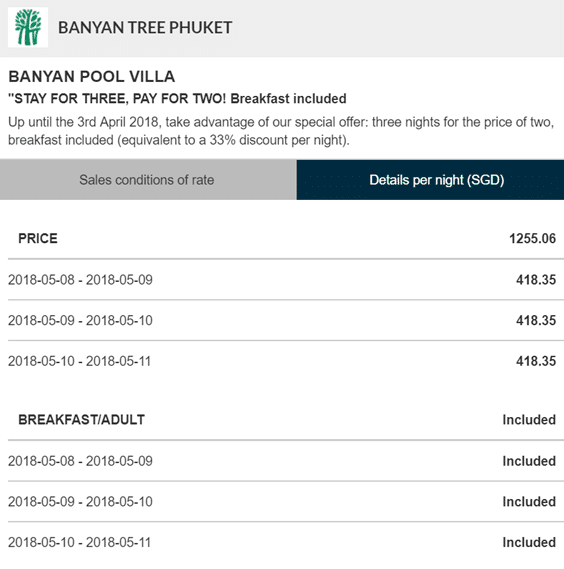 Have a look at the deals and see if they cover any particular destination you’re heading to. I did see some hotels in the Maldives on offer, too, so if your plans are already locked in this can be a way of getting a good deal.

They did not include ocean villa for banyan tree @ Maldives 🙁

haha well we can’t have it all. there are a few other maldives properties iirc

Nice job, dude! I didn’t even get the email from Accor (LCAH) , how did u find out about it?
I was just about to book the Hilton Sukhumvit earlier today, but it looks like it’s back to Accor then …

you can sign up for email alerts on the deals page

Which credit card should use for prepaid booking from Accor website?