Garuda Indonesia offering a 30% discount on all redemption flights

For those of you who have been following the miles scene for quite some time, you would have remembered back in December 2016 there was a huge internet frenzy when Garuda Indonesia announced that they were offering a 90% discount on all redemption flights . Yes, do not adjust your screens, this really did happen way back in December 2016. I still remembered that day in which I was making frantic calls to Garuda’s Singapore office only to be put on hold for quite some time.

Sadly, Garuda pulled this promotion early due to overwhelming demand. Personally I managed to ticket a one-way business class ticket on Garuda on their Singapore to London Heathrow route (which has since been terminated) and the return leg in economy and that was my actual virgin business class flight.

As part of the Garuda Indonesia’s Online Travel Fair (GOTF), in addition to the fare sales which they are advertising on their home page, the airline is offering another discounted redemption ticket promotion where you can receive 30% off all Garuda Indonesia flights made with GarudaMiles.

To receive 30% off your award flights with Garuda Indonesia, you’ll have to apply <GOTF30> in the Promotion Code field of the booking engine and after which, click the “Redeem Miles” link. Note that this discount will only apply to flights operated by Garuda Indonesia and will not apply to partner flights. Tickets must be issued by 9 May 2018 and travel must be done from now until 31 August 2018 (black out dates apply). 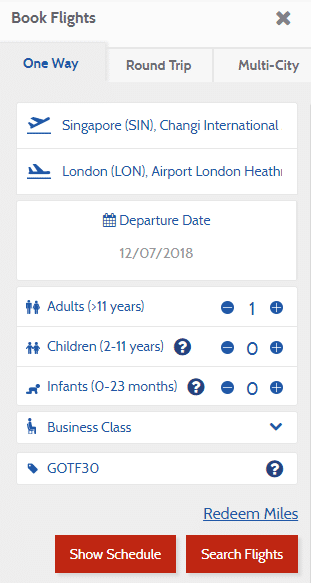 The 30% discount off award tickets apply to all flights in Garuda’s network. This includes their flight between Singapore and Amsterdam Schiphol airport which operates thrice weekly as GA88. The return flight from Amsterdam flies straight back to Jakarta though, so if you intend to fly with Garuda on both legs just do take note of that.

Sadly, Garuda Indonesia pulled their Singapore-London flight and switched it to a Jakarta-London direct flight some time last year. I had the chance to try their Business Class for cheap during the 90% off promotion and enjoyed the flight thoroughly in both Business and Economy Class. The Business Class hard product was good on their Boeing 777-300ER and the service was excellent as well.

If you decide to take advantage of this deal with Garuda Indonesia, you’re looking at the following mileage numbers for flights to these destinations where it might be feasible to try Garuda Indonesia’s Business Class or even First Class:

Garuda Indonesia has a beautiful First Class cabin from what I enviously saw from my seat and Ben from OMAAT sang the praises of Garuda’s First product when he flew it last year. If you’re looking at Business Class on their Boeing 777-300ERs, here are some pictures of the seat from my flight on GA86 last year: 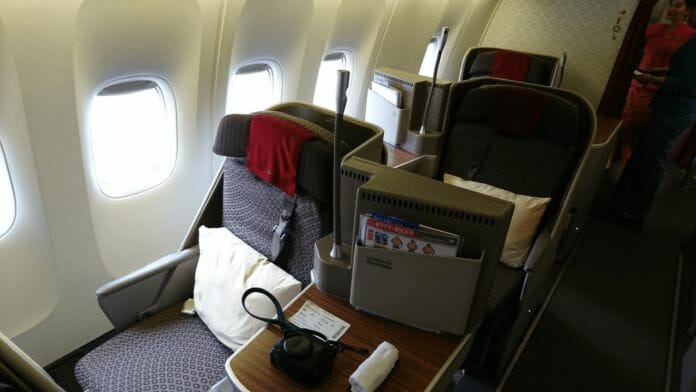 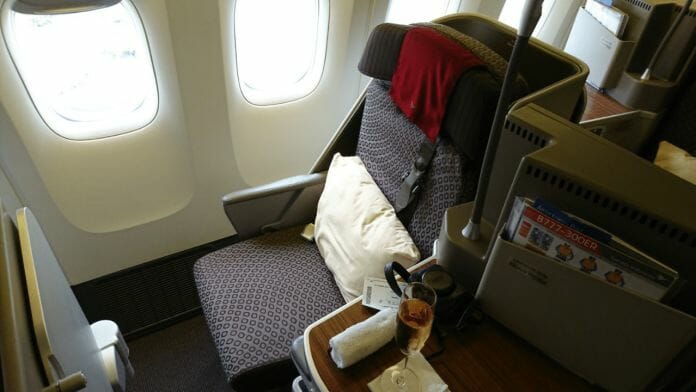 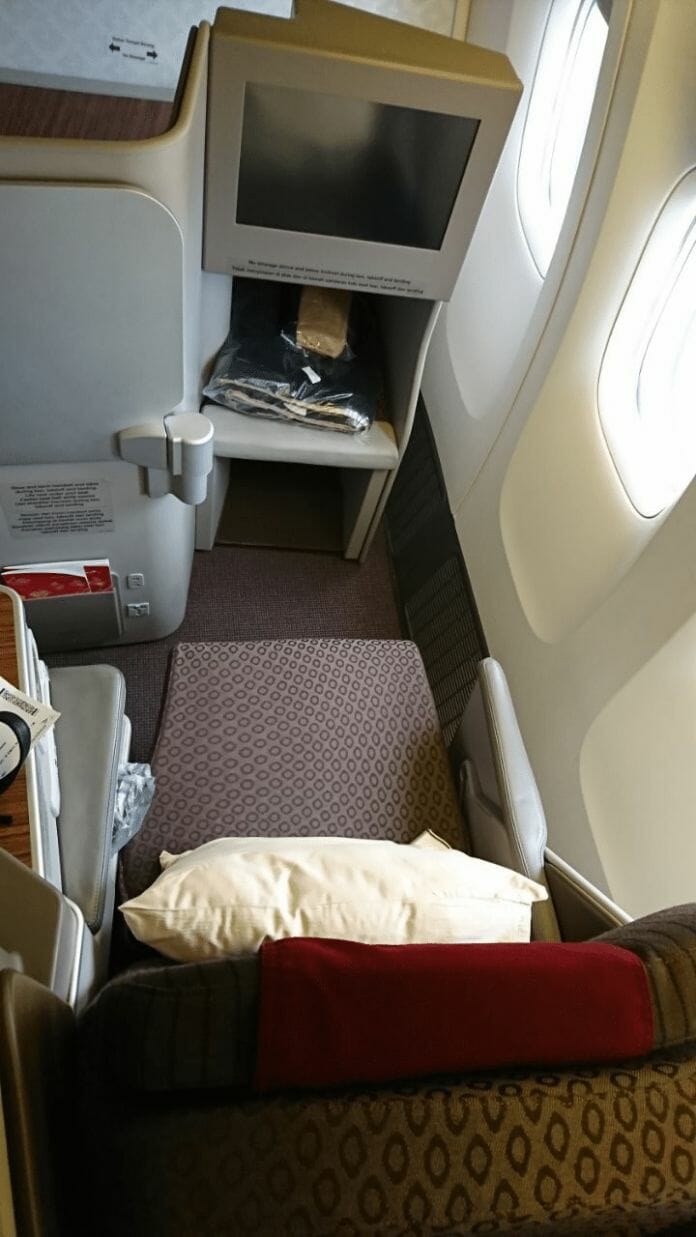 Garuda Indonesia has really left a good impression on me during my flight with them and I wouldn’t hesitate to recommend flying with them. At 63,000 GarudaMiles one-way to Amsterdam or London, it certainly is quite a good deal.

A word of caution though, during their 90% off promotion award holds were allowed as long as they were ticketed before the promotion period ended. However I’m not sure if Garuda would allow award holds during this promotion but there’s no harm asking. Their offices are open on the weekends until noon and their agents are very helpful.

Points transfers to GarudaMiles can only be done via Citibank, either with ThankYou points or Citi Miles, and the transfer took at least 3 days for me back in 2016. I imagine with the ongoing Citibank-Apple Pay promotion you’ll be earning lots of Thank You points anyway, so this might be a good chance to spend some.

The worst thing that can happen  if the miles don’t post by 9 May 2018 is that you end up with miles in your GarudaMiles account that must be redeemed at the full rate of 90,000 GarudaMiles one-way to Amsterdam/London in Business Class. So just bear this in mind if you wish to pull the trigger on this promotion.

Matthew Chong
Addicted to luxury travel while trying not to go broke, Matthew is always on the prowl for the best deals in the travel industry. When he's not busy studying, he can be found trawling the internet and reading up on credit cards, airlines and hotels. He also wouldn't mind taking you out on a date.
Previous article
Here’s some ideas how to maximize your 8 mpd with Citibank and Apple Pay
Next article
Is the Citi Prestige Card worth the $535 annual fee?