DBS Altitude Visa offering up to 3,100 bonus miles on overseas and Expedia spending

Spend by 28 Feb 2019 on overseas and Expedia transactions to max out this bonus.

DBS seems to be making a renewed push for Altitude card sign ups, and although some efforts have been more miss than hit, the bank is trying yet again with a new offer for DBS Altitude Visa cardholders. 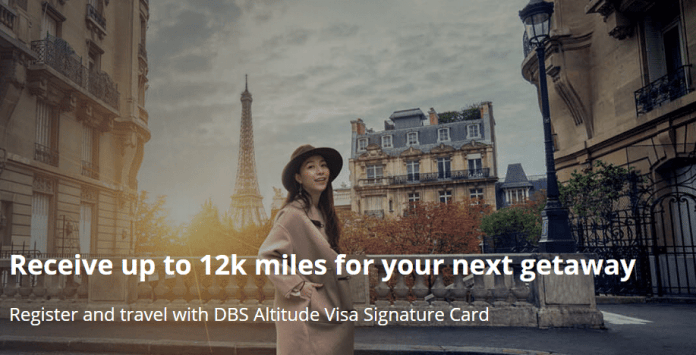 From now till 28 Feburary 2019, you can get up to 3,100 bonus miles by spending a minimum of S$2.5K in foreign currency and making an online flight or hotel transaction of at least S$650 via the Altitude’s dedicated Expedia website. Registration is required and can be done so here.

As the table below shows, there are two ways of unlocking this bonus: 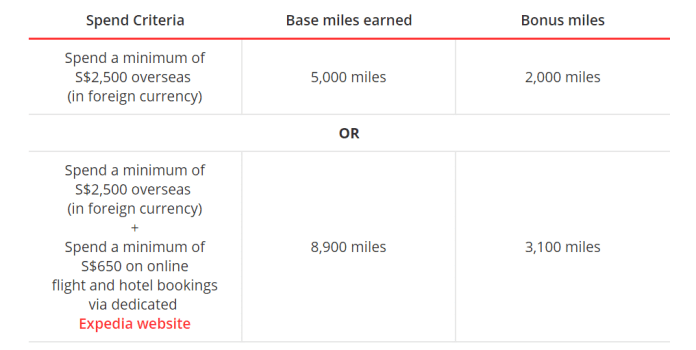 That’s not terrible, although it’s worth remembering you could get:

This isn’t even considering the possibility of using specialized-spend cards like the Citibank Rewards Visa for shopping overseas (4.0 mpd, capped at S$1K per month).

An important point to note about foreign currency spending- the T&Cs of the promotion exclude card-not-present transactions such as online transactions, mail and phone orders. Therefore you won’t be able to unlock the bonus by using your DBS Altitude Visa card online during the upcoming Black Friday deals.

No prizes for noticing that Singapore Airlines, Silk Air and Cathay Pacific do not feature on this list.

The Altitude’s base earning rate with Expedia (6 mpd) is pretty good, but the problem is that the base rate for foreign currency (2 mpd) is relatively low, which means you incur a big opportunity cost by putting all S$3,150 of spending on your Altitude. Moreover, this promotion is weighted towards spending overseas, so the opportunity cost increases- a BOC Elite Miles World Mastercard holder would be giving up 5,500 miles by spending S$2,500 on the Altitude, for example.

Although it’s certainly better than buying miles at 2.2 cents each, this promotion isn’t something you need to drop everything and register for. It’s probably the most beneficial for those who put all their spending on just one card. Those who use card portfolio strategies, will find better mileage in continuing with their “best card, best situation” approach.

How does this compare with UOB PRVI AMEX 4.8 miles promo?

look out for this tomorrow!

Spending the amount without a guarantee just a chance to win….to borrow a new phrase.
It is a promosham.