Royal Air Maroc will join oneworld in 2020: Here’s what you need to know

oneworld welcomes its 14th member in 2020. Here's the lowdown on Royal Air Maroc, its cabin products and what award possibilities it creates.

Alliances are all about network effects- the bigger they grow, the more useful they are to passengers. More members means more destinations, better connections, more lounges and more options for spending frequent flyer miles.

oneworld is the smallest of the three airline alliances by number of carriers, passenger volume, and destinations served. With Qatar Airways making noise about leaving the band, oneworld really couldn’t afford to lose any more members.

So it was probably a relief to oneworld loyalists when the news broke this week that Royal Air Maroc (RAM) would become oneworld’s 14th carrier when it joins in 2020. This gives the alliance a much-needed presence within Africa, and adds 34 new destinations across 21 countries.

A primer on Royal Air Maroc 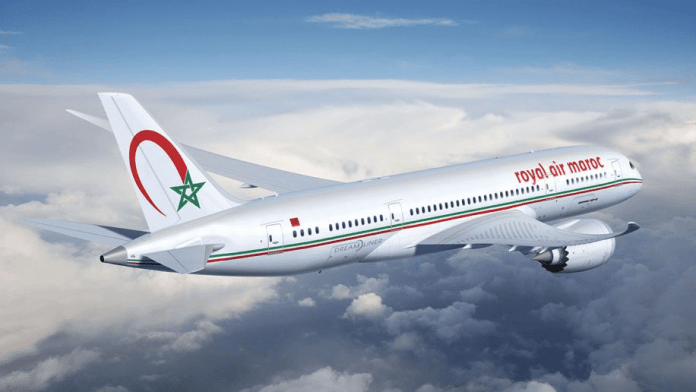 RAM was founded in 1957 and is the flag carrier of Morocco. It is fully owned by the government of Morocco, and its airline code is AT.

Where do they fly?

RAM serves 94 destinations from its hub in Casablanca (CMN), mostly in Europe and Africa. It also operates a few transatlantic routes to New York, Washington DC, Montereal, Sao Paulo, and Rio de Janeiro (with Boston and Miami to come soon). 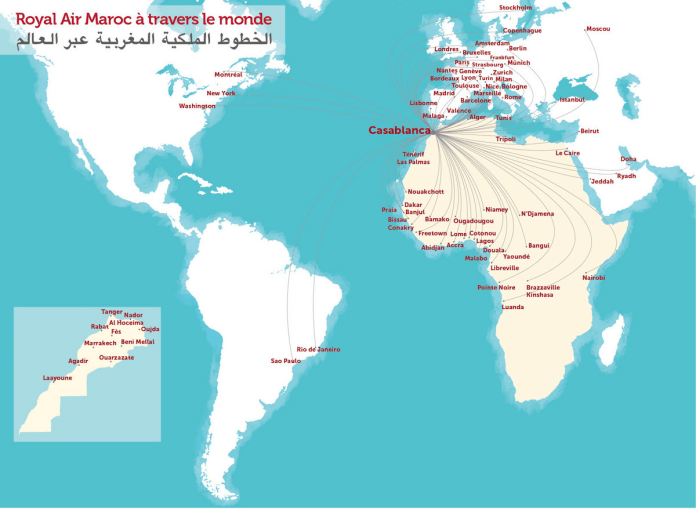 What do they fly?

As you can see, the fleet is mostly comprised of narrowbody Boeing 737s, although they do have widebody jets in the form of Boeing 767-300ERs and 787-8s. RAM only operates two cabins- business and economy.

How do they fly?

I’ve flown on RAM’s 737 Business Class product before from Casablanca to Accra and perhaps the most charitable thing I can say is that it wasn’t the worst flight ever. The airline inexplicably added a stopover in Lome, the lounge in CMN was horrid and the seats were worn and tired, but the service was friendly, they gave out personal IFE devices and poured Laurent Perrier champagne. 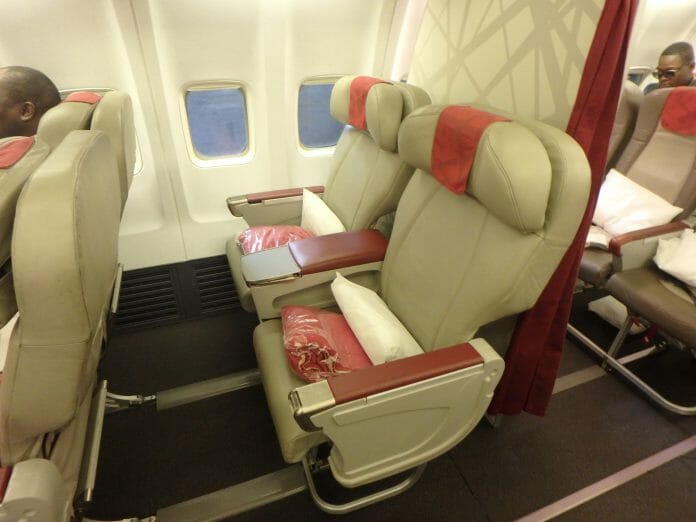 RAM’s long haul product looks marginally more promising- on the 787-8s you’ll find a full flat 2-2-2 product, although strangely one seat is positioned higher than the other when both are in full flat mode. 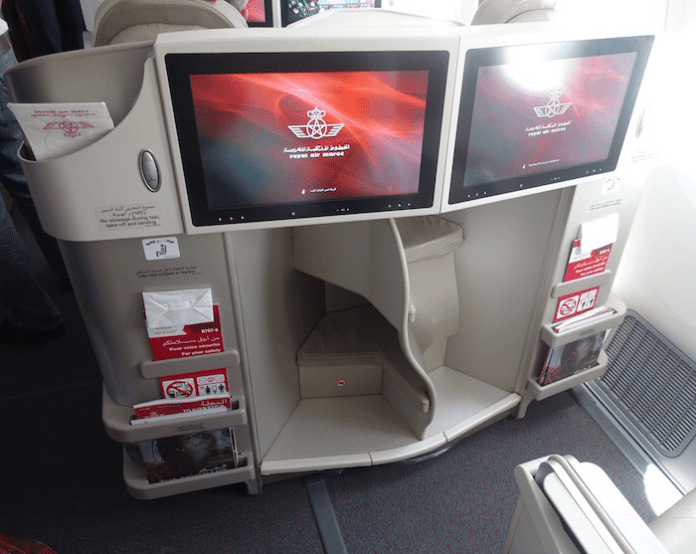 Photo Credits: One Mile At A Time

There’s very little else to like about the airline, in my opinion. Put it this way- it’s not going to join the ranks of oneworld’s aspirational redemptions anytime soon. Keep your expectations tempered, and you won’t be disappointed.

What does this mean for redemption options?

RAM awards can currently be redeemed through Etihad Guest and Iberia Plus. The drawback is that you can’t search for award space online- you have to call up customer service instead. Hopefully this will be fixed before RAM joins oneworld, but I’m not optimistic.

RAM does impose fuel surcharges on its flights, which one assumes will be passed on to partner redemptions. Thankfully, they’re fairly modest. Here’s an idea of how much they cost on round-trip tickets:

Let’s be honest- for someone based in Singapore whose final destination isn’t Africa, there are precious few reasons to redeem RAM awards. Europe can be reached much more easily (and comfortably) via British Airways or Finnair. US connectivity is provided by Cathay and JAL. Even if you’re heading to Africa, it’s probably a better bet to fly with Qatar Airways for a one-stop via DOH, assuming that’s an option.

Because RAM does not serve Singapore, you’d need at least a two stop itinerary to reach any of the destinations it serves ex-CMN. If CMN were your final destination, then it would cost (assuming you flew via DOH):

* (SIN-DOH would be on QR and DOH-CMN on AT, thereby triggering MCA pricing)

If you’re flying within Africa then yes, RAM would definitely come in useful. I’d use Avios for these itineraries to take advantage of their excellent short haul award rates.

Some analysts believe that alliances are a dying model, pointing to the dearth of new joiners, constant intra-alliance conflict and the move by carriers like Etihad and Emirates to form more beneficial bilateral partnerships. What’s striking is that RAM’s oneworld entry will be the first time any alliance has had a new joiner since 2014 (SriLankan airlines to oneworld, Garuda to SkyTeam and Air India to Star Alliance).

I personally think that the alliance model will endure, not because it works perfectly for every member, but because the unwinding costs would be so substantial that few airlines would be willing to bite the bullet. While I don’t particularly fancy RAM, I acknowledge that it’s a strategically good move for oneworld, insofar as it allows them to compete with SkyTeam’s and Star Alliance’s superior connectivity within Africa.

2014 also saw Air India join Star Alliance. Each of the main alliances had their last member join that year.

Heh. I must have mentally repressed that