Singtel’s new Dash Rewards program: What you need to know

Earn rebates of 0.4-1.2% on your spending with Dash Rewards, on top of credit card points (if you top up via Singtel bill).

For the uninitiated, Singtel Dash is a mobile wallet that allows you to pay via QR code or virtual credit card (valid for online and contactless transactions) anywhere Visa or QR payments are accepted.

If you don’t already have a Dash account, you can sign up via the link below (use your mobile browser) or use the code DASH-VOMS6 to get S$2 cashback on your first transaction.

Get S$2 when you sign up for Singtel Dash here

All new Dash users will be automatically enrolled in the Dash Rewards program, while existing Dash users may need to update their app for enrollment. 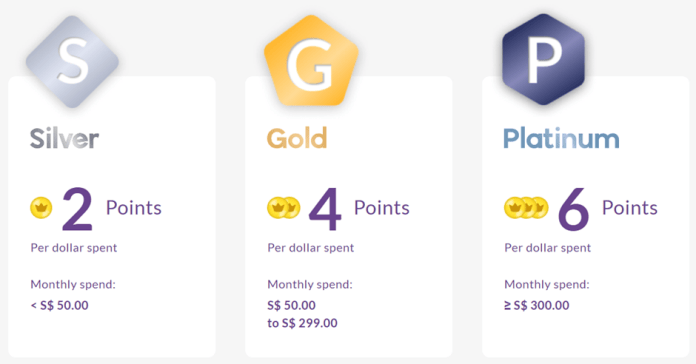 All members start at the Silver level (2 points per S$1)- somewhat confusing, given that Silver is usually the second lowest rung in other programs.

The current rates are part of an ongoing “double points promotion”, as explained on the landing page:

It’s unclear how long Dash Rewards intends to run this promotion, so take note it could change at any time.

How long is Dash Rewards status valid for?

Once earned, Dash Rewards status is valid for six months.

Subsequently, it’s remarkably easy to retain status. You’ll only get downgraded if you fail to meet the required spending for six consecutive months. Each time you meet the minimum spending threshold, you get a fresh six months of validity.

When do Dash Rewards points expire?

Dash points expire 1 year from the date of issuance, i.e points earned in January 2020 will expire in February 2021.

The following transactions will not earn points:

Each overseas remittance made through Dash will earn a fixed reward of 100 points.

What can I use Dash Rewards points for? 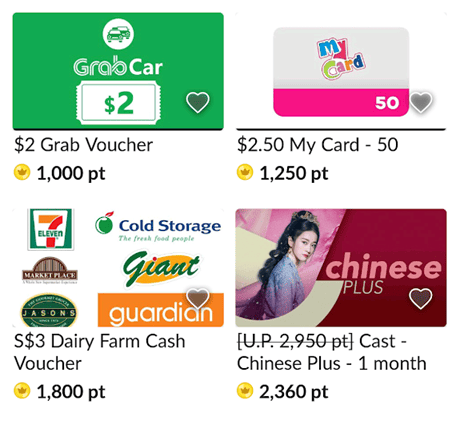 In general, Dash seems to be adopting a fixed valuation of 1 point= 0.2 cents. However, there are a handful of exceptions to the rule, as seen below.

All rewards are credited instantly, and can be found under the “Active Rewards” page in the Dash app.

Should I pay with Singtel Dash then?

Given a valuation of 0.2 cents per Dash point, the effective rebate you earn for each tier is:

That’s quite miserly compared to what you could earn with your credit card, so if it’s an either/or situation between using Dash or a credit card, the latter wins hands down.

But that’s not necessarily the case. If you’re a Singtel customer, you can top up a maximum of S$200 to your Dash account each month (or technically speaking, each billing cycle), charged to your Singtel bill. Pay your Singtel bill with the right credit card (e.g Citi Rewards), and you can earn 4 mpd.

In that sense, whatever additional rebate you earn from Dash Rewards is merely the icing on the double dipping cake- kind of like GrabPay, before they nerfed it.

Speaking of GrabPay, how does Dash Rewards measure up?

*Rebate for GrabRewards assumes you redeem points for Grab vouchers at 2,500 points= S$5

I think it’s no coincidence that Dash Rewards starts off equal to GrabRewards at the lowest tier, but ramps up to become 50% more generous at the highest tier. I don’t expect this to be maintained in the long run, sadly. Remember: the current Dash Rewards rates reflect a “double points” promotion, and once you take that out of the picture, GrabRewards becomes more generous.

The full T&C of the Dash Rewards program can be found here.

You can store a maximum of S$999 in your Dash wallet without verification, or S$3,000 after verification. In other words, Singtel customers could consider topping up the maximum S$200 each month, and carrying over any unused balance to subsequent months.

For those who already use Dash, the new rewards program allows you to earn a little extra rebate on your spending. It’s hardly life-changing, but as long as the double dipping option exists via Singtel mobile bill, it’s pure upside.

bro what card can earn top-up for Dash

bro what card can earn top-up for Dash

No card can earn points for top up of dash. You can however, top up dash using singtel bill to a maximum of 200 sgd per month. This means that you top-up 200 and your singtel bill payment goes up by 200. Pay the additional 200 using card that rewards points for paying telco

None except top up via Singtel bill

Can use any Visa or Mastercard.
Cfm can get earn. 👍

Hi, I don’t see the “singtel bill” option too. Maybe it has been nerfed. Without that option, it doesn’t make any sense to use “dash” or “grab” right?

other people still see it, and have been able to do top ups via bill as recently as yesterday. no idea why that is.

without that option, yeah, very limited use cases.

Just updated the app as prompted and top up via Singtel bill has disappeared.

hmmm. it seems this may be getting nerfed. iOS still sees it.

Another bites the dust

Topped up today with singtel bill [android] but there’s a notice stating that this top up option will end by 31 Dec 2020.