Pay with Points schemes are terrible value, and Maybank's is no exception. That said, there's 800 free miles in it for you.

Maybank has become the latest bank to launch a Pay with Points feature, called (with no small amount of irony) “Points Optimiser”– I suppose optimisation is a point of view, after all. 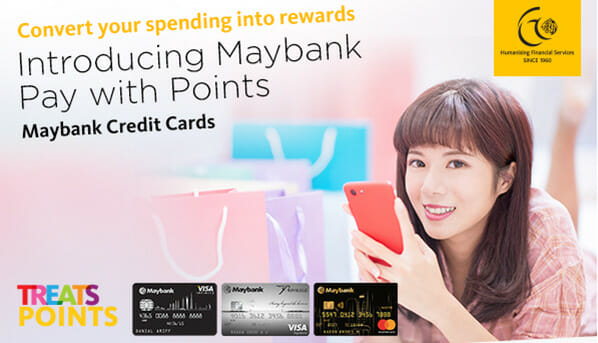 TREATS points can now be used to offset local or foreign currency purchases charged to your Maybank credit card.

Maybank principal cardholders can use the Maybank TREATS SG app to redeem their TREATS points as cash rebates against outstanding amounts. 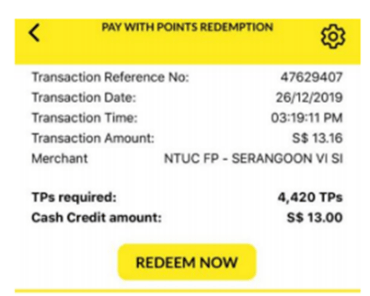 For what it’s worth, Maybank’s TREATS catalogue has the option to redeem a S$50 cash credit for 17,000 TREATS points, so you’re no better or worse off by opting for Pay with Points over redeeming through the catalogue.

1,700 points is worth 680 miles with Asia Miles, KrisFlyer or Enrich, so that’s like accepting a valuation of 0.74 cents per mile. Needless to say, it’s terrible value, and something that should only be a last resort.

To put it another way: suppose you’re using the Maybank Visa Infinite card, and earning 3 TREATS points per S$1 (1.2 mpd) on local spend and 5 TREATS points per S$1 (2 mpd) on foreign currency spending. If you choose to Pay with Points, you’re getting an effective rebate of 0.88% and 1.47% respectively. You might as well have used the Maybank FC Barcelona cashback card for a flat 1.6% rebate instead!

Maybank is currently offering up to 3,000 TREATS points (800 miles) to the first 4,000 customers who make a Pay with Points redemption:

Gifts will be issued within 30 days after the end of the promotion period. The T&C of this promotion can be found here.

How does this compare to other banks’ Pay with Points schemes?

My feelings on Pay with Points programs are well documented, so I won’t go over them again, suffice to say that those who pay with points might as well have used a cashback card in the first place.

On a separate note, Maybank has teased a “bid with points” feature, which could be potentially interesting depending on what’s available. I’d very much like to see a bank launch a KrisFlyer Experiences or Marriott Bonvoy Moments equivalent, so I’ll be keeping tabs on this.