Kris+ Spin and Win: Get up to 3,000 bonus miles per transfer

Kris+ has launched a new Spin & Win campaign that runs from 13-22 August 2021. Users who transfer miles to Kris+ during this period will receive a bonus of up to 3,000 KrisPay miles, or non-miles prizes like LEGO vouchers. 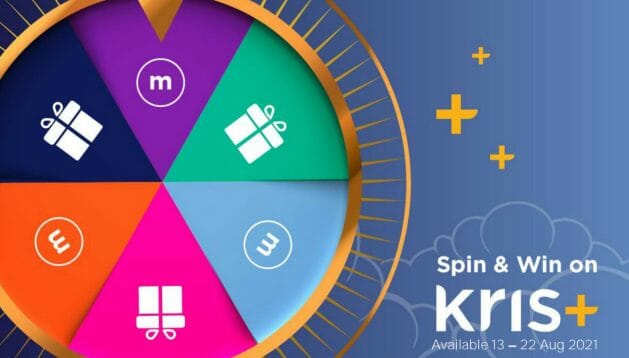 During the campaign period, Kris+ members who transfer a minimum of 300 KrisPay miles will earn a spin of the prize wheel. Spins can be found under the “wallet” tab, in the Kris+ Games section. 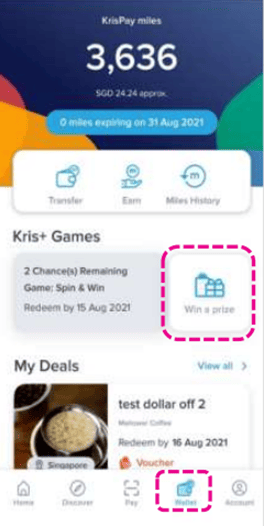 Each spin will win a guaranteed prize from the following prize pool:

KrisPay miles won through this promotion cannot be transferred back to KrisFlyer, and must be spent via Kris+.

Non-miles prize winners will receive an email notification within five working days. They’ll need to reply to that email within a further five working days to confirm their prize, so watch your inbox.

There is no limit to the number of spins you can unlock during the period; it all boils down to how many transfers of at least 300 KrisPay miles you make. KrisPay miles can be transferred from:

There is a 15% haircut involved in transferring DBS or UOB credit card points (compared to what you could get by transferring them to KrisFlyer), so neither of those are great options. Likewise, CapitaStar members would be much better off using their STAR$ for mall vouchers.

The full T&C of the promotion can be found here.

Unfortunately, there’s no indication of the probability of each, so we can’t calculate the expected value of your spins. What we do know, however is that your value per mile will scale as follows, depending on how many miles you win:

If you use these miles during one of Kris+’s regular milesback promos, the value gets stretched even further.

While we’re on the topic of Kris+, a PSA that the offline earning mode will be discontinued from 1 September 2021. Users will need to utilize the in-app payment function via Apple or Google Pay to accrue miles.

In one sense, this doesn’t change much. You’ll still be able to double dip on miles earning through Kris+ and your credit card, stacking an additional 4 mpd on top of whatever Kris+ gives you.

However, there are a couple of important things worth highlighting.

While you’d normally use the UOB Preferred Platinum Visa or UOB Visa Signature with Apple/Google Pay to earn 4 mpd, this does not apply to in-app payments. The T&Cs state very clearly you need to tap the mobile device against the contactless reader to qualify, which doesn’t happen with in-app payments.

It was easy enough to circumvent the issue with the offline method by tapping your mobile device to pay and then generating a QR code to earn Kris+ miles, that option won’t be available come 1 September.

Kris+ currently only supports Mastercard and Visa card for in-app payment, with American Express support to come in October 2021.

The shift to pure in-app payments means that those who rely primarily on an AMEX card will have to use something else in the interim.

Kris+ users can now receive a sure-win prize whenever they top up at least 300 worth of KrisPay miles. While prizes can be as big as 3,000 miles, it doesn’t take a rocket scientist to figure that most will be towards the 75/150 miles end of the spectrum.

Could still be a nice surprise, if you plan to top up anyway.

I understand it’s Milelion’s job to review and promote various miles-esque products & promotions. But is there anyone else who couldn’t be bothered anymore about all these non-core programs like Kris+, etc? Especially this year when travel is all but grounded.

80% of the population will fuss around with the 20% that doesnt really matter.

Chin up- September should be more exciting!