17 months grounded: How I’ve been redeeming miles during COVID-19

It's been 17 months since Singapore closed its borders. How do you spend your miles in a world without travel?

17 months ago, I left the departures area of Changi Airport, aborting a flight to Kuala Lumpur at the last minute after Singapore announced a mandatory SHN for returnees from ASEAN countries. That later expanded into a de facto travel ban, and I haven’t set foot airside ever since (well, Restaurant A380 aside).

Mercifully, the end is in sight. SHN restrictions are set to be lifted from September, and I fully expect we’ll be hearing more details on where we can travel over the next few weeks. This means it’s time to dust off your miles- heaven knows we’re sitting on a lot of them (you know the adage: never ask a woman her age, a man his salary, a miles collector their stash).

In that spirit, I thought I’d draw up some accounts on what I’ve been doing with my miles and points over the COVID period.

In January this year, KrisFlyer Experiences launched a series of 3-night Dream Cruise packages for just 6,000 miles each, valid for up to two people. You had to top up fees and gratuities of S$123 per head, but it still represented a great deal in my book.

Unsurprisingly, packages were snapped up in a matter of hours and haven’t reappeared since. I managed to book one, which gave me an opportunity to review the World Dream experience and benchmark it to Royal Caribbean.

The retail price of the cruise was about S$510 for 2 pax, which meant I got about 4 cents per mile in value. Yeah, I’ll take it.

American Express’ annual shindig for Platinum Charge and Centurion members is called Platinum af’FAIR, and it’s quite a doozy. The 2019 event (held at The Arts House) was incredible, with carnival games, arts and crafts stations, live entertainment and a whole lot of free food and drink.

With the ban on large gatherings, I was starting to think that 2020 would be the year without Platinum af’FAIR. Then AMEX surprised us all by announcing the event would continue– in virtual form.

It wasn’t flawless. Food came late, the virtual platform lagged like mad, and I wasn’t able to watch any of the entertainment. But I have to applaud the effort behind it, and with fully-vaccinated individuals soon able to gather in groups of up to 1,000, there might be a mega blowout yet to come in 2021.

The cost of attending the event was 20,000 MR points (12,500 KrisFlyer miles), which included a goody bag, meal set, and two bottles of champagne. The champagne alone retailed at around S$240, so the value per mile was well above 2 cents each.

Yes. I redeemed my miles for a vacuum cleaner. But with good reason.

The Dyson handles like a dream. French maid cosplay has never been more fun.

One highlight in an otherwise bleak year for travel was the trio of on-ground experiences that Singapore Airlines ran in late 2020: Restaurant A380 (review), Inside SIA (review) and [email protected] (review).

I paid for Inside SIA and Restaurant A380 with cash, but decided to pay for [email protected] with miles instead and send the cost of the meal to The Food Bank. KrisShop gives an absolutely abysmal value of 0.8 cents per mile, so the S$607.76 charge worked out to 75,970 miles.

This obviously wouldn’t be something I’d recommend doing, and I never thought I’d spend so many miles on home delivery. Good fun, though. 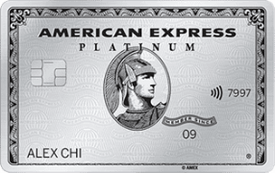 Despite the hiatus on travel, I made the decision to renew my AMEX Platinum Charge in September last year. A big factor in the decision was the ability to offset the annual fee with MR points at a rate of 1,000 points= S$11. 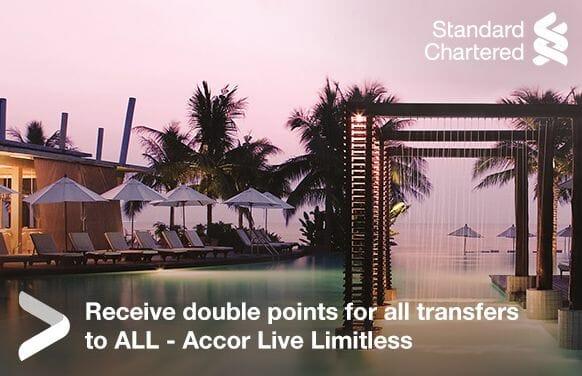 It’s normally nigh on impossible to earn hotel points at a decent rate in Singapore. That’s why Standard Chartered’s transfer bonus to Accor Live Limitless (ALL) garnered so much attention last year.

Fixed value loyalty schemes normally aren’t my cup of tea, but in a climate where hotel rates are at all-time lows, there’s deals to be had. I converted my entire SCB X Card sign up bonus of 270,000 SC points (108,000 miles) to 108,000 ALL points and used half of them for my Raffles Hotel staycation.

The other half is still worth €1,080, which I’m hoping to spend once the borders open. 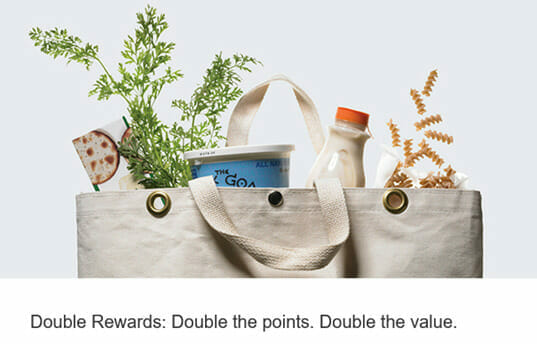 In April last year, American Express launched a pretty awesome promotion for AMEX Platinum Charge cardholders: double points and double statement credits. By my own admission, I focused too much on the former, while undervaluing the utility of the latter.

As it turns out, the ability to redeem 1,000 MR points for S$9.60 of statement credit (instead of the usual S$4.80) was a rare opportunity indeed. Given the exchange rate between MR points and KrisFlyer miles (400 MR: 250 miles), you were basically cashing out miles at 1.54 cents each– not as good as redeeming a flight, but decent value for an on-ground redemption.

I ended up converting about 596,000 MR points (372,500 miles) to fund my staycation reviews, but had I known the restrictions on travel would remain so long, I’d probably have converted more.

On-ground redemptions are usually terrible value compared to flight awards, but during this period we’ve seen opportunities to score outsized value, well above the sub-1 cent per mile you’d normally get.

These are generally the exception rather than the rule, however, and it’s hardly a reason to declare open season on your miles with Kris+ or its brethren. Singapore Airlines has anyways been extending KrisFlyer miles such that none will expire before April 2022, so there’s no pressure to burn them immediately.

And if all goes well, we’ll soon be redeeming our miles for the thing they were created for- soaring at 35,000 feet.

How have you been spending your miles during this period?

Aaron Wong
Aaron founded The Milelion to help people travel better for less and impress chiobu. He was 50% successful.
Previous article
Shangri-La Rasa Sentosa offering complimentary PET to staycation guests
Next article
Kris+ Spin and Win: Get up to 3,000 bonus miles per transfer

How about the MR points you used to offset your Platinum Charge AF? Included in the statement credit?

You’re trying to make me cry, aren’t you

Wonderful value for Dyson! Glad you found some value in utilizing the miles… I am still waiting eagerly for my next J seat

Just bought a serif 55’’tv. Paid 277910 miles… was really bored looking at my miles that it is not being utilized… but before you burn me to hell. I have 1.4m miles and counting.

Well after burning miles at krisshop I suppose I’ve lost rights to throw stones! What was the cents per mile figure though?

Like Franz I got bored and used up 200,000 miles on a bottle of 2010 Mouton Rothschild from KrisShop. While the redemption value was poor relative to current retail pricing, at the very least the wine’s dollar value will keep appreciating over the next 30 years. Otherwise sitting on a comfortable stash but unable to travel due to young children.

I let 581,000 reward points expired on Citibank rewards and am still struggling to get it reinstated. Must be the worse possible way to “use” the miles.

Sorry for a noob question, but how do yo derived 2.7 cents per mile here?

The problem with calcing the cpm for redeeming retail goods is that it assumes you’ve paid full RRP for the item. The Dyson may be RRP $799, but in practice would you have bought at that price? It’s possible to get decent discounts/cashback on Dyson stuff, like in the ~15% region (things like Apple and Miele whitegoods are tougher due to their higher control of the retail arena). Though 2.7 cpm does have a decent headroom over the 2c threshold that Aaron seems to personally use. I guess it’s similar to saying you’re getting 6+ cents per mile on a… Read more »

Perhaps you can do a poll on how many miles we are sitting on. That should be eye-opening!

and the competition to use the miles once we can travel..

Dyson redemption is a great deal really! Wish i could have done it too.

Been collecting points like a hamster since June 2019 (our last trip), simply because we had no opportunity to deal with miles. We even let UOB chew some up for renewal, since it was far better than forking out cash anyway. Once open season is here, the demand for flight redemption should be a circus! Hahahah! In any case, our CPM miles don’t expire. UOB$ will be converted in about 6 months, and our OCBC Titanium Rewards have a 5 year shelf life starting from 2020. I’d say we’re good to go in about a year or so from this… Read more »

wait wait. you didn’t try and get the AF waived for your UOB card? they’re usually quite liberal with the waivers in my experience

Waived as in FOC, or cash payment? We just didn’t have the energy to keep track of these things. The UOB cards are under my wife’s name, and with her WFH load piling up, it wasn’t a priority.

You know how spending time calling up customer service can be a life/death affair right? Hahahaha! Nah….yeah…nah.

waived as in FOC. it’s all automated, you dont even need to speak to a human

Oh! Cool! Next round I guess. Thanks for the info!

I had to fly to Shanghai recently and used my miles to redeem a b-class ticket. 79k for a b-saver which costs slightly over $7k due to lowcovid supply. 9 cents/mile, great value if you can or are willing to fly in this time.