From 23 January, Australia will accept professionally-administered ARTs for pre-departure testing, taken within 24 hours of your flight.

Here’s some good news for those planning a trip to Australia. The federal government has announced that from 23 January 2022, the cheaper rapid antigen tests (known as ARTs to us, RATs to Australians) will be acceptable for pre-departure testing for international travellers arriving in Australia.

This will reduce the cost of testing significantly, and is a reassuring sign that while Western Australia may have blinked on reopening, the rest of Australia remains committed to a living with COVID strategy.

From 1 a.m on Sunday, 23 January 2022, Australia will accept both ARTs and PCR tests for the purposes of pre-departure testing.

As before, children under the age of five are exempt from the pre-departure testing requirement.

All COVID-19 test results must feature:

ARTs must be professionally-administered, but even so, they’re still a much cheaper option than PCRs and will save travellers (especially those with families) a whole chunk of money. The cheapest pre-departure PCR test in Singapore starts from S$98, while a supervised Tele-ART valid for pre-departure testing can be done for less than S$20.

For a detailed overview on the cheapest pre-departure tests in Singapore, refer to this post.

While pre-departure testing for travel into Australia is determined by the federal government, individual states are responsible for regulating on-arrival and post-arrival testing requirements.

Here’s the current requirements for the five states which have direct flights to Singapore.

As a reminder, Australia is currently only open to Singapore, South Korea and Japanese citizens. New Zealand residents may also enter, as can Australian citizens, PRs and their immediate family.

On-arrival ARTs can be self-administered, but do note that Australia is facing a critical shortage of ART kits at the moment, so it’s highly recommended you bring your own from Singapore. ARTs start at just S$4.90 here, versus A$10-15 in Australia (and keep in mind those are the official prices; shortages have led to customers paying upwards of A$25 per kit).

ART kits in Australia are overseen by the Therapeutic Goods Administration (TGA). The TGA has a list of approved home test kits, as well as a copy of the manufacturer’s instructions for each test. 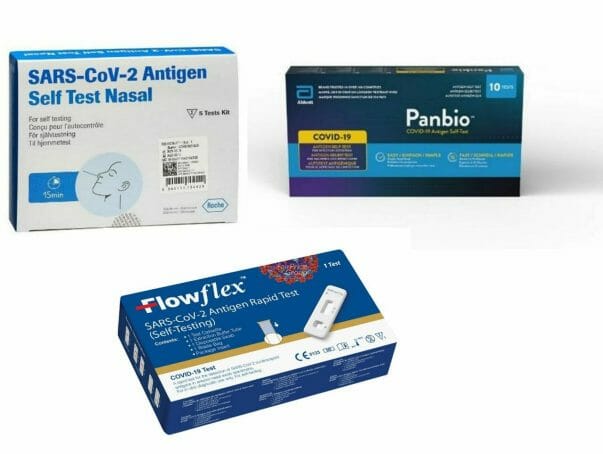 Three of the kits sold in Singapore pharmacies are accepted in Australia, namely:

With the latest rules, here’s an illustration of how much a round-trip traveller from Singapore to Melbourne can expect to pay for testing.

Do note that the above table applies to those entering Singapore from 24 January 2022 onwards, when Singapore modifies its post-arrival testing regime for VTL travellers.

There is no longer any need for supervised swabs on Days 3 & 7, or to report the results of self-administered ARTs. Travellers will only need to swab themselves on days they intend to leave their accommodation.

Australia will accept ARTs for pre-departure testing from 23 January 2022, a move which will offer travellers greater convenience and lower costs. A tele-ART would set you back less than S$20, and you don’t even need to leave home to get it done.

Most states also accept ARTs for on-arrival testing, though you’ll definitely want to bring your own kits along given the shortages Australia is experiencing.

Has anyone been able to get an ART appointment at the Dr Anywhere app? I can’t book any slots in advance

An ART test done with 24 hours of departure on a Sunday isn’t that easy to find, with some of the clinics Aaron listed being closed on weekends, or not open for booking too far ahead of time. Also the websites on some of the clinics are not that clear about performing ART tests for pre-departure, citing on use for mass testing. Therefore a shout out to Heartland Health for a quick and easy appointment made online with relevant information provided on the website. What’s more, a representative Whatsapped me back within the hour on a Saturday evening to confirm… Read more »

I already booked my PCR test for next week. I’m more concerned with spreading covid to the people I’m visiting than anything else. Pretty soon catching covid on a flight will be way too common. Oh that’s right Omicron is mild – apart from for those who get severely ill whether vaccinated or not. And if mild means a few days of splitting headaches. No thanks.

Pretty sure they just forgot to update this.

Does a Tele-ART test satisfy the requirement for PDT for entry into Australia given the requirements state that the ART test is to be professionally-administered?