Google Pay Huat Pals 2022 Edition: Win up to S$88.88 from payments and trading with friends

Google Pay Huat Pals are back for Chinese New Year 2022, and BB Loh isn't the one you'll be missing this year.

Remember BB Loh? That frustratingly elusive Huat pal that spawned a whole series of memes, Carousell listings and blog posts, and led many to the truism that in life you think you’re a BB Loh, but you’re really more of a Lenny?

Well, he and his friends are back again for Chinese New Year 2022, as Google Pay brings back its popular Huat pals contest. Users who collect all five Huat pals will receive an ang pow scratch card worth up to S$88.88, plus vouchers from FairPrice Online, Flash Coffee, foodpanda and Shopee. 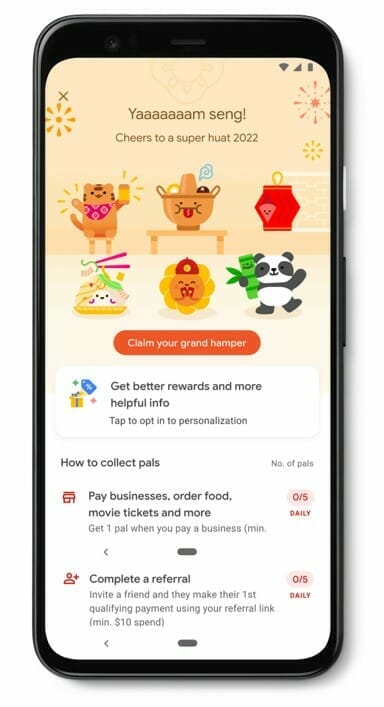 Get S$3 when you sign up for Google Pay

I don’t need to tell you that 4 of the 5 will be fairly easily to collect, with the last one requiring you to divide by zero, complete a manned mission to Mars, and explain how we can be lovers if we can’t be friends.

How to collect Huat pals 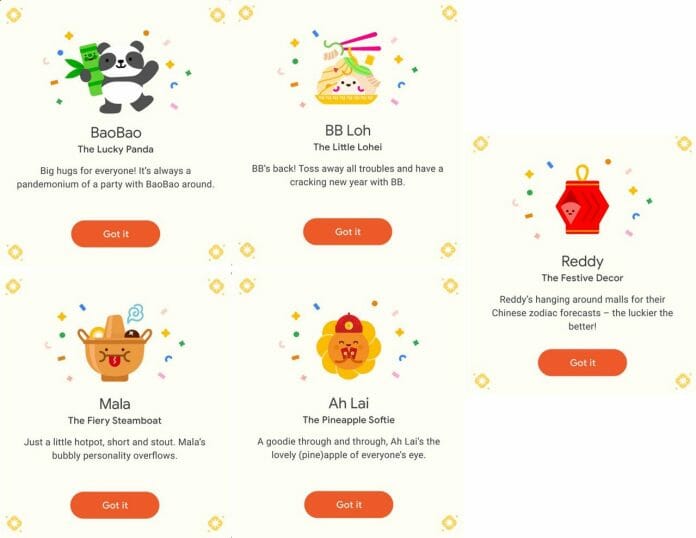 From 25 January till 15 February 2022, Google Pay users can collect Huat pals each time they complete the following actions on Google Pay:

Up to a maximum of five Huat pals can be earned per day through each action (i.e. five from eligible transactions, five from referrals, five from gifting).

In addition to this, bonus Huat pals will be earned upon achieving the following milestones:

Each milestone bonus can be enjoyed once throughout the campaign.

Scoring a Mala or BB Loh gives players a gift basket, which can be shared with family and friends to collect a random gift including vouchers, cashback scratch cards, and other Huat pals.

Earn an easy 5 pals per day with Singtel Dash

The simplest way to clock five Huat pals is to make 5x S$5 top-ups from Google Pay to Singtel Dash each day.

Open your Dash app, tap on “top up”,  then “PayNow”. Tap “QR code” to display your unique QR code, then “Save QR code to photos”.

Now open the Google Pay app and tap on “new payment”, then “scan QR code”. In the top right of your screen there will be a button to upload an image from your gallery. Select the QR code you just saved, and then send a S$5 payment. Rinse and repeat for five Huat pals daily.

Singtel Dash balances can be cashed out to a bank account, with no fees involved.

I tried it this morning, and received 4x Reddy (who looks to be the new Lenny), 1x Ah Lai and 1x BB Loh (six pals in total, because of the bonus for making five PayNow transactions). The ease with which BB Loh was earned tells me he’s not the elusive one this year- that’s apparently BaoBao the panda. 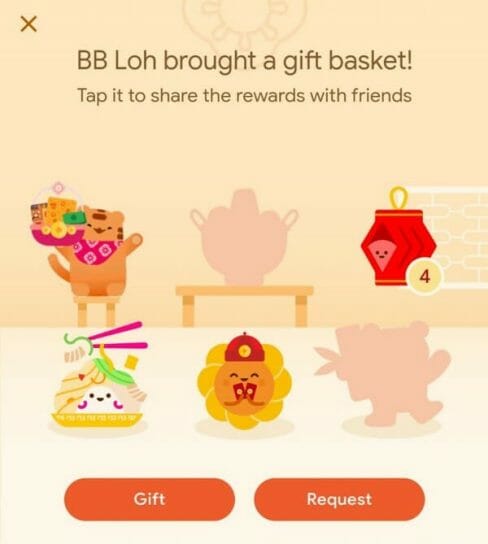 The game’s not even one day old and I already have 3/5 of the characters. This surely means the rest will be a cinch.

Google Pay Huat pals are back for Chinese New Year 2022, and while I don’t realistically expect to win anything, I’ll be using Google Pay anyway for my UOB Preferred Platinum Visa and UOB Visa Signature transactions so there isn’t much to lose.

I’m no expert on the mechanics of this game, but this mad lad got seven BB Lohs last year so you’d do well to take some cues from him.

5th one requires you to work for google. lol

Read the game rules carefully. HSBC isn’t one of the participating banks.

haha how did you get baobao?

(BaoBao appeared after a QR payment)

i tried it this morning and got my huat pals. will try tomorrow morning again.

Tried again today, think they removed it because it is too easy to get Panda LOL

Tries yesterday morning and it was working. Not working today.

I got bb loh and mala from requesting and gifting but strange no basket on tiggy. Hmmm

Not complaining. Received all of them from paywave this year.