From 18 April, South Australia will switch to ARTs on arrival instead of PCR tests, further easing the arrivals process.

Hot on the heels of Western Australia’s move to eliminate on-arrival testing, South Australia has now downgraded its on-arrival test for international passengers from a PCR to an ART (referred to as a “RAT” in Australia).

This takes effect from 18 April 2022, the same day that the federal government will remove pre-departure testing for all fully vaccinated travellers to Australia.

Currently, international arrivals to South Australia are required to take a PCR test within 24 hours of arrival. They must isolate until the test is taken, but are free to move around after that (even if a negative result has yet to be received).

From 18 April 2022, international arrivals will instead take an ART on arrival (no timeframe has been stated), with isolation required until the test is taken. This basically means that passengers can take a test at the airport immediately upon landing, and have freedom of movement 15 minutes later.

ART kits in Australia are overseen by the Therapeutic Goods Administration (TGA). The TGA has a list of approved home test kits, as well as a copy of the manufacturer’s instructions for each test. 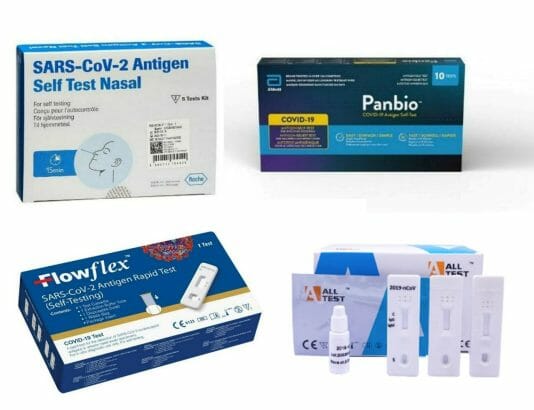 Four of the kits sold in Singapore pharmacies are approved in Australia, namely:

If a positive result is received, travellers must do a PCR test immediately by travelling directly to a testing site and wearing a mask at all times. A positive test result must also be reported using this online form; there is no need to report a negative test result.

South Australia is also relaxing its definition of an international arrival as someone who has been outside of Australia within 48 hours before arriving in the state (previously: 7 days). This means that someone who flies from Singapore to Melbourne and spends three days before travelling to Adelaide will not be considered an international arrival, and hence not subject to testing in South Australia (testing in Victoria will be required).

On-arrival testing for other Australian states

With South Australia’s adjustment of its on-arrival test requirement, here’s what testing requirements look like for the rest of Australia.

I previously mentioned that Western Australia has scrapped its on-arrival test requirement, and I wouldn’t be surprised if we see more states dropping their tests in the next few weeks as well.

Children under the age of five, as well as recently-recovered travellers (within 30 days of flying) are exempt from the pre-departure testing requirement to Australia.

As a reminder, Singapore Citizens, Permanent Residents and Long Term Passholders are now allowed to take a remotely-supervised tele-ART when returning to Singapore. This starts from just S$9, plus your own test kit.

South Australia was the only state to require on-arrival PCR testing, which quite frankly is overkill if you’re talking about treating COVID as endemic. ARTs are a good compromise between safety and convenience, since travellers can self-administer the test without the need to hunt down a dedicated testing facility.

We should soon be seeing other Australian states scrapping their on-arrival test requirements too, which will nudge travel closer and closer to pre-COVID conditions.

Circles.Life Jetpac: Finally, a data roaming plan for me