Retaining GrabRewards Platinum (or Gold/Silver) will be much harder now that credit card transactions no longer earn points. Is it worth the trouble?

On 1 August, GrabRewards implemented the latest in a series of seemingly endless devaluations by eliminating the ability to earn points when paying by credit or debit card.

Under the revised system, GrabRewards Points can only be earned from GrabPay or PayLater transactions, ending double dipping with credit card points and effectively forcing consumers to choose sides- a contest it seems destined to lose.

I’ve covered the changes in a separate article, but one thing I haven’t looked at yet are the implications for GrabRewards elite qualification.

How much spending is required to earn GrabRewards elite status?

GrabRewards has a four-tier elite system, starting at Member and maxing out at Platinum. Tier qualification is based on the number of points earned within a calendar half:

What are the perks of GrabRewards elite status?

I’ve been a GrabRewards Platinum for a long time now, though it was always more of a by-product than a concerted effort since I’m a heavy Grab user, taking rides perhaps 2-3X daily and ordering food about 3-4X weekly.

While I didn’t earn a lot of points paying with my credit card (4 pts/S$1 before 22 March 2021, then 2 pts/S$1 until the recent devaluation), the sheer volume of spending over a six month period was enough to get me over the line.

Frankly speaking though, the benefits are nothing to get excited about.

Platinum members enjoy larger discounts on walk-up lounge access (which I have no use for, thanks to credit cards), discounts on airport F&B, as well as some vaguely-defined “priority ride allocation and customer support”.

Maybe priority ride allocation meant something a few years ago, but I can honestly say I don’t notice any difference in how fast I get a ride versus The MileLioness (Silver member). With so many Platinums out there anyway, priority becomes a misnomer.

Platinum members used to enjoy preferential rates for KrisFlyer miles redemptions and selected rewards, but that has long been nerfed, and the main distinguishing factor now is simply the higher earn rate.

Therefore, I wouldn’t be too upset if I lost Platinum status. In fact, I probably will, given the new earning structure. By eliminating GrabRewards points for credit card transactions, Grab is basically asking consumers to choose between:

It’s quite simply no contest at all; even if you prefer cashback, you’d be much better off earning 8% cashback with the Maybank Family & Friends Card.

Now, it’s true that we don’t have an either/or decision on our hands just yet, because there’s still three cards on the market awarding points or cashback for GrabPay top-ups…

…but even so, this only marginally changes the equation. The choice is now: 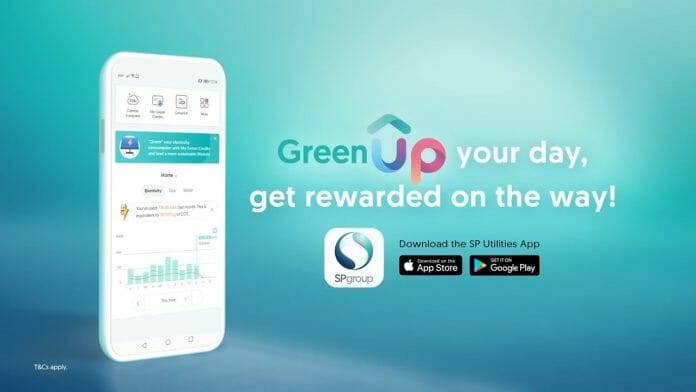 While I wouldn’t advocate actively earning GrabRewards status (i.e. diverting spend that could have otherwise gone on your credit card), there is one way you could conceivably retain your status with minimal opportunity cost.

I’m thinking of utilities bills. This category has been excluded by most (though not all) banks, but you can still earn GrabRewards points. In an ideal scenario, you’d top-up your GrabPay account with one of the three cards I mentioned earlier, then use the GrabPay Mastercard to pay the utilities bill and earn up to 6 points/S$1.

You’d need to pay an average bill of S$125 a month over a 6-month period to earn the 4,500 points necessary to requalify for Platinum, but since you wouldn’t earn any rewards on those bills with most credit cards anyway, it’s not the worst option imaginable.

Of course, there are those who argue that you should conserve the GrabPay’s S$30,000 calendar year limit for transactions that can’t earn credit card points at all (e.g. income tax bills, MCST fees), and since utilities doesn’t fall into that category yet, doing this is a waste.

It’s a fair point, so to each their own.

With GrabRewards’ new earning structure, the Platinum (and Gold/Silver for that matter) ranks are likely to be culled as customers pick their credit cards over GrabPay. That’s my choice, at least, and the only situation where I’d pick the Grab wallet is when I’m forced to in order to use vouchers from my GrabUnlimited subscription.

To put it another way, GrabRewards Platinum benefits are not worth the opportunity cost you’ll incur to earn it. Unless Grab comes up with some killer new perks (like a surge protector), there’s very little reason to be loyal.

Are you planning to retain GrabRewards elite status?

Amex is giving cashback for utilities payments, a much better option.

Amex is giving cashback for grabpay too which is giving points for utility payments. How is Amex standalone a “much better option”?

i think he may be referring to the AMEX offer for utilities. i can’t remember offhand what that is, though you’d need to compare cashback + GR points versus value of the amex offer alone (since amex cards don’t offer rewards for utilities, amex highflyer/true cb aside).

Trure CB – save offer to eligible Card and spend S$50 or more, in one or more transactions, in-app or online at participating Utility businesses by 31 Dec 2022 to receive one S$5 credit per month up to 5 months. Limited to 60,000 Cards.

Even that is better

This loyalty programme has been pretty much trash for the last 2 years or so. I don’t even remember the last time I redeemed a ride/food voucher as the earn rates got nerfed so damn hard!

same thoughts, Aaron. Grab now gives a free two month membership to award you with 20% vouchers, then force you to use GrabPay to get that 20% discount. If i insist on using my credit card, there is no discount. Come the end of two months, when the membership ain’t free anymore, its silly to do GrabFood from their platform because foodpanda is cheaper than Grab when you want to use credit card only… for me, it’s bye bye Grab soon. likewise for transport, its almost entirely back to Comfort’s Zig for me now. Grab is not competitive with prices.… Read more »

I’ve relied quite a bit on Grab for the past two years for transportation and food delivery and had been Platinum tier since 2019. However, I am very comfortable “losing” the status and not break a sweat. For one, my 30k/yr wallet limit will be dedicated to AXS for IRAS entirely and will continue to be this way until it is no longer an option. I’m happy with its return (30000*1.7%) with UOB Absolute. Secondly, the Platinum tier yielded ZERO benefit for me. Well, ZERO is a bit of a stretch…I did redeem points for 1-2 dollar voucher every month… Read more »

What about using the GrabPay card to pay public hospital bills?

Check out the link above for exclusions: MCC 8062 – Hospitals.

Grab shot itself in the foot when it stopped offering 10% off rides and food to some GrabUnlimited plan users. I used to spend heftily on Grab points so I could be eligible for those discounts.