I’m a huge fan of driving holidays, and one of the things that can make or break a holiday is how good your car is. Because a rental car is one of the first things you get right after stepping off the plane, it sort of sets the tone for the rest of your trip. I mean, who wants to get an old, clunky, dirty smoke smelling car?

If you’re travelling to the US (which in my mind remains THE place for driving (because automatics are everywhere and don’t cost twice the price of manuals as they do in Europe (I can’t drive a manual (yes, not a real man))) , you must absolutely sign up for the free Emerald club today. Here’s why.

Suppose you do get a clunky rust bucket. The right thing to do is to go back to the counter and tell them you want another car. Under no circumstances should you accept it (especially at an airport location where inventory and turnover is high and they are almost certain to have a replacement vehicle ready). But that involves standing in line and waiting to speak to a human, explaining the issue and who has time to deal with that?

National Car recognises that since people are going to want to switch their car anyway, it might as well facilitate that process and free up the time of its counter staff. Enter the Emerald Aisle concept.

If you’re a member of the (free) Emerald Club, so long as you rent a mid-sized car or larger, you can go directly to the Aisle, pick any car on it and drive off. Aisle service is available at major US and Canadian airports, including 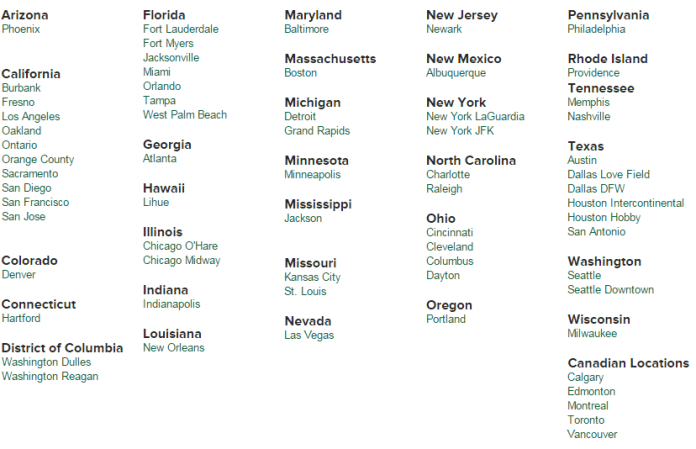 This allows you to window shop- look for the car with the lowest mileage, with 2 seats instead of 4, with extra boot space etc. Even better, many locations put cars larger than mid-sized on the aisle. I’ve seen minivans and small SUVs there as well (although as with all things YMMV). Different locations are more generous than others. What this means is that if you’re travelling as a large group, you can

Obviously, (2) will be cheaper than (1). If the aisle has no mini-vans or SUVs, then go with your confirmed-class reservation. Remember, there are no penalties to cancelling your rental car bookings (or for being a no-show and not cancelling, for that matter). You don’t need to give your CC info upfront.

Anecdotally, I’ve used the aisle to great effect on my US travels. It’s how I got a fully-loaded Ford Taurus that was a tech geek’s wet dream- satellite radio, blind spot warning sensors, reversing camera, sunroof, heated seats, cross traffic sensors and a premium Sony audio system. The car category was Premium, but i paid the price for a mid-sized car.

This was picked up from the aisle at San Jose airport (PROTIP: My rental originated from San Francisco airport, but the selection there was quite dismal. Since I was staying in San Jose anyway, I made a detour to the airport there to swap out the rental car I had got from SFO. The standard excuse to give is that the steering wheel vibrates over 50 mph and you want to change the car) 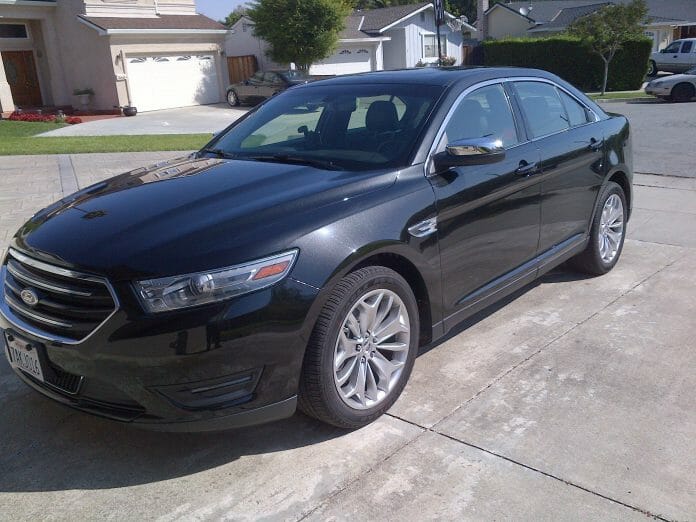 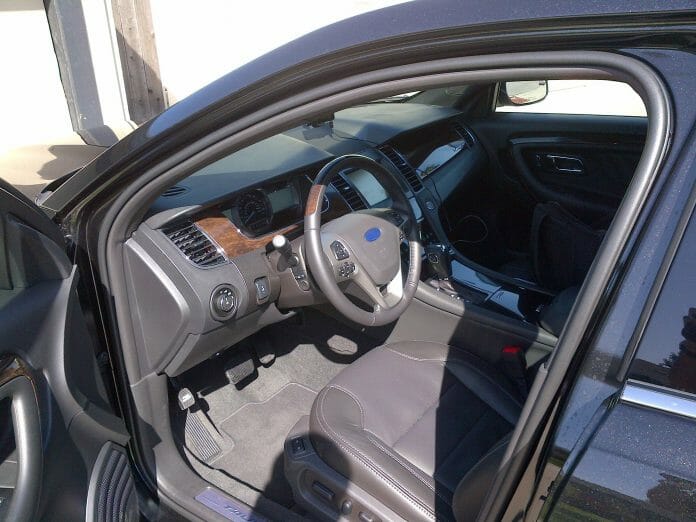 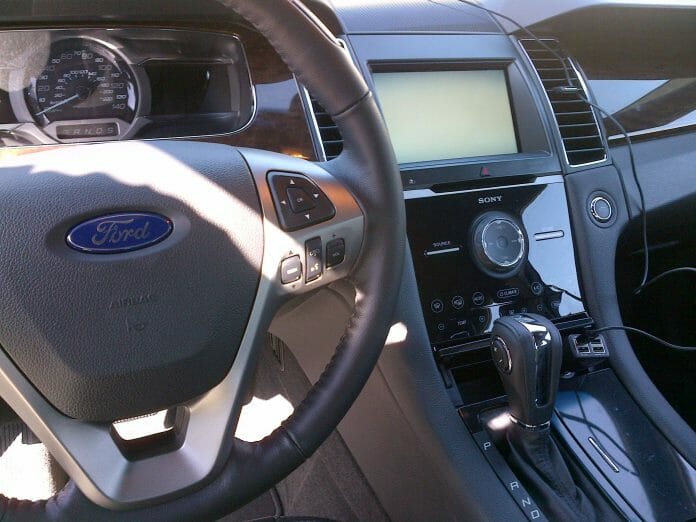 The other great thing about the aisle is that when you use it, you bypass the counter completely. At crowded airports like SFO, this can mean saving up to an hour in line (during peak periods). Get off the train, pick your car, hand over your documents for ID check at the exit gate.

If you’re interested in saving even more money on your rentals with National Car, why not try some of their promo codes here?

Aaron Wong
Aaron founded The Milelion to help people travel better for less and impress chiobu. He was 50% successful.
Previous articleAsk The Milelion anything
Next articleOrbitz wants to give you $110 for free

Loving your posts! Do you think it’s recommended to pick up a car and if you don’t like it you drive to another office to ask for a swap for better (giving the same steering problem excuse)? Or would you think it’s a little risky?

you should probably only do this at airport locations as they’ve got bigger inventory and tend to have better customer service (most airport locations are corporate owned versus off airport which might be franchise run). in the case of the bay area, SFO and SJC are pretty close so this can be done. when you swap you can name any number of reasons, some of which may well be true. the car has a funny smell, the steering drifts, you’re simply not comfortable with the layout of the controls (a real issue if you’re used to driving a japanese car… Read more »

What was the selection like in the Emerald Club Executive Lane @ SFO?