BUT, I now feel upon closer inspection that there is 1 key exception- flights from Singapore to certain places in Europe (namely, what SQ calles Europe 2)

Note: Krisflyer Star Alliance awards do not split Europe into 2 zones- there is only 1 Europe.

Suppose you want to fly business/first class to a popular destination that SQ doesn’t fly to in Europe. Maybe Berlin,  Madrid or Lyon. Or basically, anywhere else in Spain, France, the UK or Germany, or perhaps countries not serviced by SQ like Portugal, Austria or Belgium.

If you redeemed your KF miles for an SQ ticket, your best option would be to redeem a ticket to  fly to a city in Western Europe serviced by SQ and then take a cheap flight to your final destination. Depending on the type of airline you fly, this could add a couple hundred more dollars to your final fare. And you’d need to buy 2 separate tickets, which means less certainty in the event of irregular operations (IRROPs) (especially so if your second ticket is with a non-Star carrier or worse, a budget airline, which will almost certainly require you to claim and recheck your bags, which rules out any chance of a 1 hour connection time)

Viewed this way, the incremental 12,000 miles (for business) isn’t that much extra to pay for the convenience of getting to your destination on 1 itinerary and not having to buy a separate ticket.

What’s more, if you do this you won’t be subject to SQ’s somewhat arbitrary controls on business class award availability. There is only 1 class of Star Alliance partner redemption tickets, and with numerous European members you’re (TAP, SAS, Austrian, Lufthansa, Aegean) you have a good chance of finding something that works with you.

I don’t recommend doing this for first class because intra-Europe’s version of premium cabins are simply economy class seats with the centre seat blocked off. Really.  There is no such thing as business or first class on intra-Europe flights. 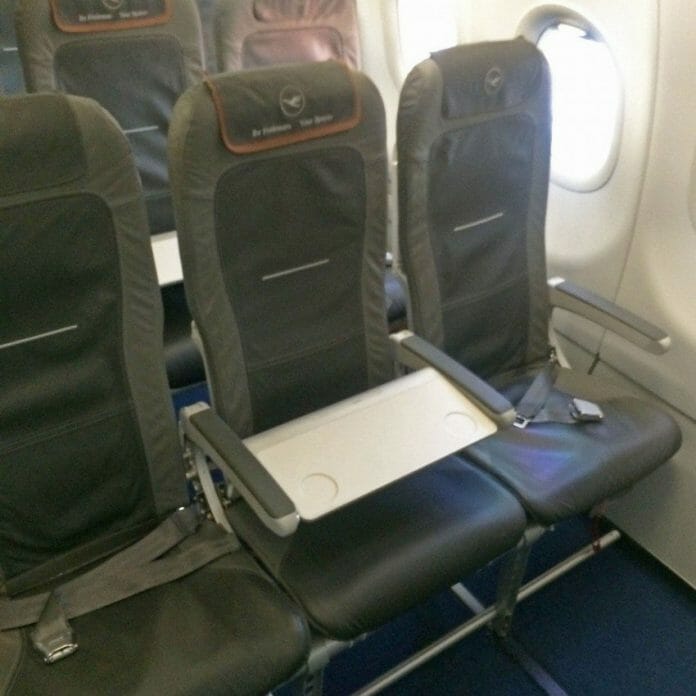 Obviously this logic doesn’t work on Europe 1 flights, which are significantly cheaper than Europe 2. If you’re going to other cities in countries in Europe 1, it makes more sense to redeem with SQ and get a cheap flight for your final leg because of the overall miles savings.

Is anyone planning to redeem Europe flights soon?

Aaron Wong
Aaron founded The Milelion to help people travel better for less and impress chiobu. He was 50% successful.
Previous article
When is overseas spend not overseas?
Next article
UOB’s 5 miles per $1 promotion sounds exciting but really isn’t

well, having read this, I am going to try and see if I can get a LH (preferably) or LX flight to Toulouse as this exactly fits your post…. Would you recommend calling them or filling our the request form?

So…looooong story short. SQ had no Star Alliance tickets to ANY major airport in Europe….I finally nearly booked a complicated 3 way tickets to Toulouse (with Thai) and SQ flight back from ZHR. Low and behold, I gave Agean a call back and managed to book a flight (albeit it be 20 hours) to and from Toulouse with only one stop over. Total cost 110k miles (business) plus about 450 Euro in taxes…. Not a bad result especially for the fact that I have retained my SQ miles

glad to hear it worked out for you in the end! Given how many European carriers are part of Star i’m very surprised you couldn’t get a ticket via SQ. So you’re all set for your trip then?

Anyway after reading your recommendations, i do think that taking the SQ flight on business to Eur1 and then changing to a LCC in europe might be a better option than spending the additional 29k miles, especially if you are travelling as a couple…

Hi Edmond! thanks for reading. the issue with changing to LCC in europe is this: suppose you have luggage. LCCs do not have interline agreements with SQ. therefore you will need to clear immigration, collect bags, check them in again. This rules out the possibility of doing a 1 hour connection. Maybe if you’re brave you’ll put 2 hours inbetween, but you will idealy want 3 hours. This wastes precious vacation time in transit. What’s more, LCCs may not service the same airports SQ flies to. Eg instead of flying to CDG in Paris, they may fly from ORY which… Read more »

On the subject of going to europe ex singapore, would it make more sense to buy united miles and redeem their partner ticket on sia?

possibly. But United recently blocked SQ award space from its website (you can still call in to ask, but if they’re blocking it on their site how likely is it they tell their CSOs to tell people it’s not available even when it is?)http://onemileatatime.boardingarea.com/2013/12/12/united-removing-singapore-airlines-online-award-bookings/

Just got TK matched. Great deal especially with their two year allowance. Do you fancy writing a report on the TK match?

Also, do you have an email address I could email you on from time to time about these kind of things?

sorry just realised i missed this. i think i might have written about TK before, the issue i had with that was it was very iffy. I submitted my documents some time back and never heard from them. I think i’ll add them to the overall status match guide with the qualifier that YMMV.

you can email me at [email protected]

9 things The Milelion wants for Christmas - The MileLion

[…] of SQ to go out of their way to make this difficult to do. As if their poor value award chart (with some exceptions) wasn’t a deterrent enough, you have to call up a CSO and take their word for whether […]

Just read news that airline fuel surcharges maybe further lowered or removed. This will make revenues tickets cheaper. How would this affect the miles redemption decision I wonder. The rebate % will eventually decrease correspondingly, wonder if the value proposition on the mileage games will still be attractive? What do u think the near future will look?

but if fuel surcharges are reduced wouldn’t your award tickets also be cheaper in the sense that the cash component would fall too? if anything this would make mile redemptions more attractive (at least on FFPs that charge fuel surcharges on redemptions)