Earn 10X on all your payments with Citi Pay

If you’re looking for a way to max out your Citibank Rewards 10X cap in 2017 in the wake of the sad demise of AXS payments, you might be interested in getting Citi Pay.

Citi Pay is an Android app that lets you use your Citibank cards and NFC enabled phone to pay at merchants. It’s conceptually similar to Android Pay (and indeed one of the big complaints about is why Citibank doesn’t just go with Android and save everyone the need for another app).

The great news is that you earn 10X rewards points  (4 mpd) when you use your Citibank Rewards card (Visa or Mastercard) with Citi Pay. 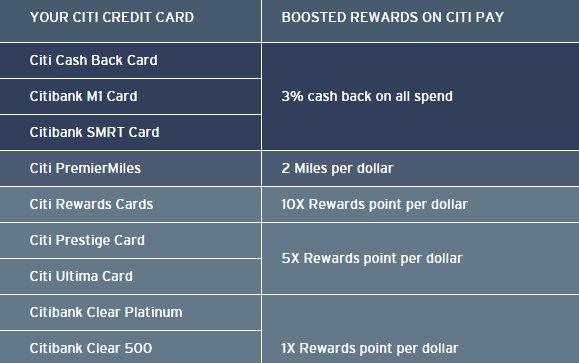 Citi Pay can be used at any merchant with a tap and pay/contactless/ NFC terminal. It can be used overseas as well, so long as you have mobile data.

Surprisingly, the app has rather crappy reviews on the Google Play store. 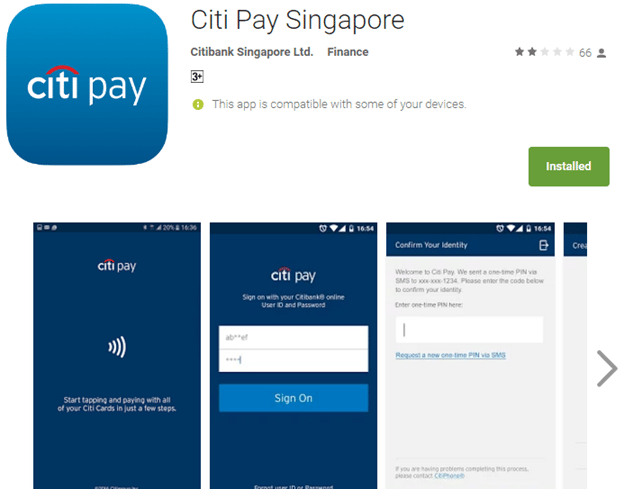 It seems that most of the criticisms are that the app doesn’t work on a lot of people’s devices. 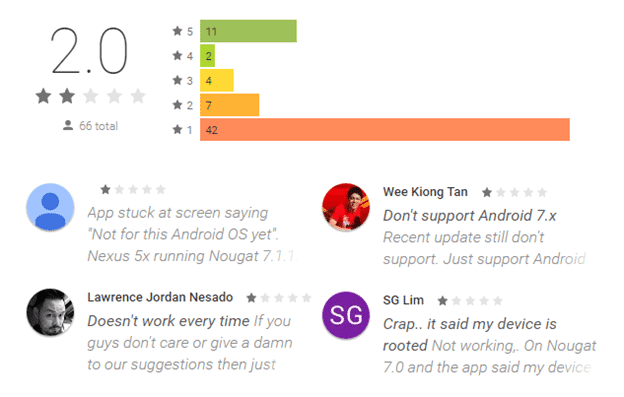 It worked absolutely fine on my Blackberry Priv running Android 6.0.1 though. 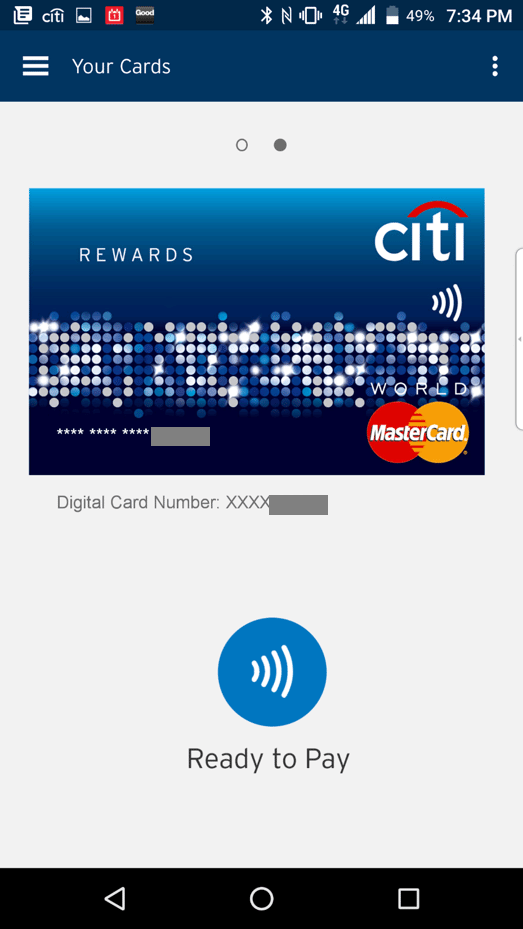 This promotion is available until 6 April 2017 and the T&C can be found here.  It’s a great opportunity to earn 10X at merchants that normally would not qualify for it.

Remember that your Citibank Rewards card allows you to earn 10X points on a maximum of $12,000 spending per year, after which you earn 1X (0.4 mpd).

Just to add that the CitiPay promotion caps it at $2,000 per month, but this is over and above your usual $12,000 per year cap. It uses a different cap.

It means even my citi rewards reached the cap of 12k, i can still earn 10x points through citi pay?

Yes, I believe so.

it doesn’t work on xiaomi Mi5s plus

Citi only has itself to blame for the crappy reviews. Their website is pretty ambiguous on which versions of Android the app would work fine (says Android 4 & above). Unfortunately, latest version of Android N (v 7) has been around for over 6 months now but isn’t supported.

Had this on the wife’s phone and been maxing out. However, IMO, the max per transaction is $100 (working the same way at Paywave).

Of the various mobile payment platforms, Apple, Samsung, Android and CitiPay, I find that Citipay has the most random errors and payment errors. Many a time the transaction cannot go through despite multiple tries.

Agree. The experience for Citi Pay hasn’t been as smooth compared to the other pays. If not for the 10x I would have deleted it already…

Not to detract from Citi Pay …

But why wont Citi SG support Apple Pay? It is supported in Citi US…

all about the money dude. citi would rather have its own app and keep the margins to themselves than share with apple/android

I dont think android charges a cut like apple does. I understand why banks, especially from other countries with govt-regulated interchange rates are gun shy on apple pay but never quite figured out why they were gun shy on android pay. To me, it seems like a control thing rather than cost thing, but who knows. You also need to understand that the credit card situation is different between SG and US. I worked in the US in 2014, having a chip was almost unheard of let alone tap and pay. A lot of the banks in the US used… Read more »

OCBC also has 4 miles per dollar on its Titanium Rewards card, as long as you use mobile payments (Apple, Samsung, Android). But the promotion only lasts till 31 March 2017.

Hey aaron, I just tested Citi Pay on EZ-link topups at MRT GTMs, and it works. I got the 10X points credited into my account.

There seems to be a restriction of maximum topup of $40 per topup and $100 per day, so you have to do $40/$40/$20. I haven’t tested if this restriction applies to topping up multiple cards.

thanks for the update!

I was earlier in the game (10X points) and recent Citi Pay transactions at various GTMs all failed with error “Not approved”. Earlier ones when card payment 1st surfaced all got 10X points.

Either my Cepas card has been blacklisted or Citibank is closing this soon.

i assume you are using the Visa card?

i have both and visa gives random errors.. mastercard works 100% of the time..

Late to the miles game, but is this Citipay promotion still ongoing? 4mpd is awesome! Plus Citi points never expire!

Citi Pay boosted rewards is only valid till 6 April 2017. Anyway it is the worst user experience you will ever have. 9 out of 10 transactions does not go through and you get so frustrated over it.

I tried paying at GTC for ezlink mid may with Andriod Pay OCBC Titanium and I didn’t get even 1x points (much less 9x).

There is a clause on their website that states that EZLink will not give you points, but their T&Cs state otherwise.