A review of the Intercontinental Prague- how are the rooms, service and food?

With a Rolls-Royce Showroom, Poor Wifi

After the once-in-a-lifetime stay at the Gritti Palace, I found my way to Prague in the Czech Republic (Or Czechoslovakia for those stuck in a time machine) where the residents are supposedly unimaginably good-looking as I was told.

A quick fuss free ride from the airport put me in the hotel lobby in no time!

The check in was not that fast and as I want to get to my room to rest as fast as possible too, I think I wasn’t too patient. I also opted for the breakfast the next morning as it was not included in my rate.

Having read previous reviews, one thing I noticed was that it was pretty old and another was the Rolls-Royce showroom.

From the lobby to my room, it was indeed obvious that the hotel is pretty old and it felt rather like the late 80s in the elevator.

The room looked rather worn as well but the toilet was rather fine, and the marbled walls reminded me of the incomparable bathroom in the Gritti Palace.

I believe I was upgraded to a bigger but I wasn’t paying attention at the front desk as I was really tired. On the table was a plate of snacks and 2 bottles of water with another bottle of wine, and I still have no idea what Qvijote means even after plugging it in Google Search.

One issue I had was the poor WIFI in the room. I endured it for a day and called the front desk the next day. A router was sent to my room and it solved the problem.

Breakfast was served at the restaurant to the side of the lobby and I felt it was not worth the price, although I was intrigued by the ‘Chinese bowls’ available.

Perhaps to cater to Chinese tourists??

The hotel is really at the edge of the Old Town and a quick 5 to 10 mins walk gets one to the Town Square and the famous Astronomical Clock.

The Charles Bridge and Prague Castle were nearby too but in another direction. 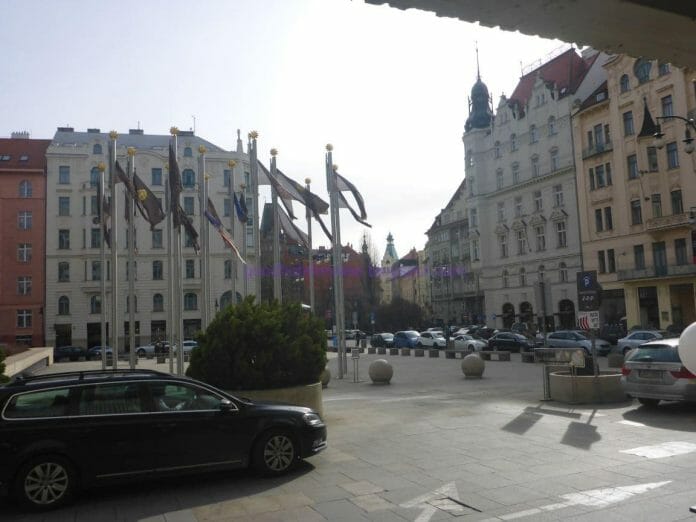 There were many famous brand boutiques in the old houses near the hotel as well and fans would be delighted to find quite a number of items priced at 30-40% less, including LV and Tods.

A pair of Bally shoes bought at the store at the hotel went at 30% less as well.

My UOB VS credit card had a really good workout in the city.

Before leaving the hotel, I finally took a look at the Rolls-Royce showroom, followed by complimentary drinks at the lobby bar as part of my elite benefits. 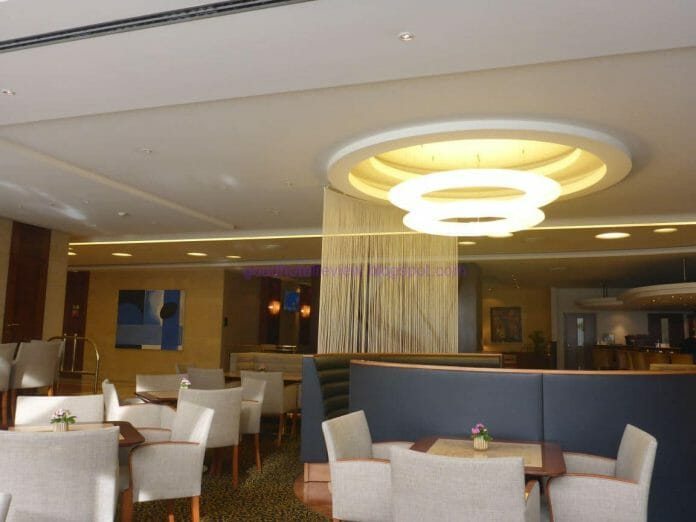 I was so glad to see ‘Singapore Sling’ listed!

I didn’t have a chance to use the gym and pool but merely took a look and photo.

Gathering my thoughts and opinions, I would say this is an excellent hotel if location is important, but otherwise I was not impressed with the hardware nor the service.

And I didn’t opt for breakfast on subsequent days too.

The price of 75 Euros per night was definitely a mitigating factor.

Fred Ee
Dr Frederick Ee is a medical doctor, author, blogger and traveler. He discovered his passion for travel on his first long-haul trip to New York City in 2012. His quest for premium travel experiences started on that very same flight as he endured a smelly foot beside him from the passenger behind him for the 24 hours of flight from Singapore to New York. He blogs at goodhotelreview.blogspot.com, focusing on hotel experiences. His most memorable moment of travel was to participate in the resuscitation of a collapsed patient during a long flight to Paris. Feel free to add him on Facebook with a message and his Instagram at @drfrederickee. He would like to thank MileLion for having him as a guest writer and hope readers would enjoy his writings and musings.
Previous articleCitibank offering free and discounted Cardup payments till 31 Oct
Next articleThe Tokyo Ramen Run: The Great Tokyo Ramen Hunt

Stayed here for a night in early summer this year… not impressed by the service and hardware as you mentioned.
Moved to accor’s M-Gallery on the 2nd night onwards for the rest of the week…. a much better place.

It is a reference to Don Quixote.