Buying "superfoods". Believing in homeopathy. Buying an iPhone 8 with miles.

I received an email from Krisshop telling me that the most anticipated phone was now available for purchase. “Good”, I thought. I’d been waiting for months for this obelisk of beauty to hit Singapore shores, and now I could finally cradle it in my hands. The black edition of the Blackberry Keyone, with dual sim support, battery life that puts the competition to shame, and of course that sensual, tactile backlit keyboard with laser etched clickable keys. Just the thought of it gave me big boy feelings. So naturally I was disappointed to open the email and see this: 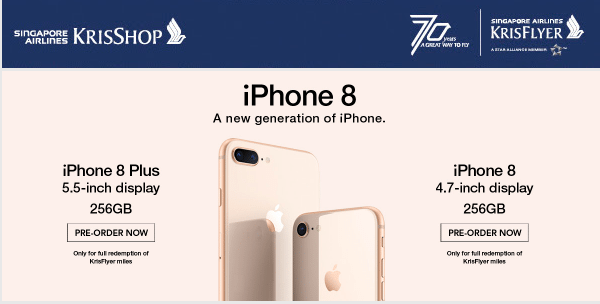 Apparently you can redeem something called an iPhone 8 and 8 Plus for 198,000 miles and 218,000 miles respectively. Seriously? The thing doesn’t even have a keyboard. Next thing I know you’ll be telling me it doesn’t have a headphone jack… 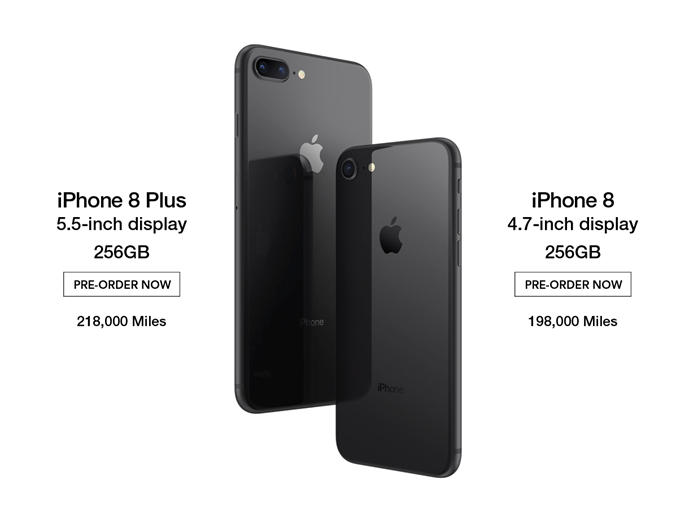 We’ll have long and philosophical debates about the true value of a mile, but I can tell you right away the answer is not 0.7 cents. Here’s a reminder of the value a Krisflyer mile can buy, depending on what you redeem it for:

Oh, you can also use your miles for payments in Krisshop, but therein lies the ultimate insult- if you buy an iPhone through Krisshop with your miles, you actually get worse than usual value.

Here’s a sampling of SQ’s electronics catalog. You’ll note that whatever the item, the value per mile is a consistent 0.8 cents (eg Jabra Sports Pace is $165 or 20,625 miles, so 0.8 cents per mile exactly).

I could go on and on, but the point is that you’d have to be some sort of madman to spend 218,000 miles on an iPhone. Oh, and the iPhone 8 is available for full miles redemption only- you can’t combine miles and cash as you can for other Krisshop items. So you can’t even make the argument that you’re only burning a few miles that are set to expire anyway.

To summarize, using your miles on Krisshop is a fool’s game for two reasons- the first is the pitiful valuation that SQ gives you for your miles. The second is the inflated prices you pay for items, as this comparison photo between Krisshop and Lazada shows:

Guys, come on. It doesn’t even have a keyboard.

Aaron Wong
Aaron founded The Milelion to help people travel better for less and impress chiobu. He was 50% successful.
Previous article
So you want to fly to Hawaii…
Next article
Kaligo’s 18 mpd on hotels is a fantastic deal…if you can find one

The sincerest form of flattery

If SQ happens to read this, they might just offer the sexy Keyone at the KrisShop. For the same miles.

Fighting injustice.. 1 bad deal at a time. You should make that your tagline!

In China, people can sell away 1 kidney for an iphone….

I know right. Even the Chinese won’t swap 218k miles

well, it kinda depends on how many miles…

KS: look…no keyboard.. and you can keep your kidney

I was waiting for this post when I saw the email in my inbox. 😀

Am I the only one feeling insulted that they’re even offering this to us consumers?

there will be takers…probabaly with too many points and in the scenario “oops i forgot my other half’s b’day, i can buy this, super convenient, i’m awesome & other half will love me more”

Looks like your wish will soon become reality. The Keyone Black Edition (without the dual-SIM – that’s only on the Limited Edition model in India) will be launching in SG next week with M1 and Starhub.

I hear you brother. I’m queuing as well…

Unlock some of KrisFlyer's best value at Advanced KrisFlyer - The MileLion

[…] much more to KrisFlyer miles than just Singapore Airlines flights, hotel rooms, rental cars, KrisShop or -gulp- KrisPay. In fact, some of the best value in KrisFlyer is hidden away in obscure corners […]