Kaligo is offering up to 18 mpd on hotel bookings. What's the catch?

Kaligo is offering a limited time promotion of up to 18 Krisflyer miles per dollar when booking hotels between 1 October and 30 November 2017, with stays to be completed by 30 June 2018. 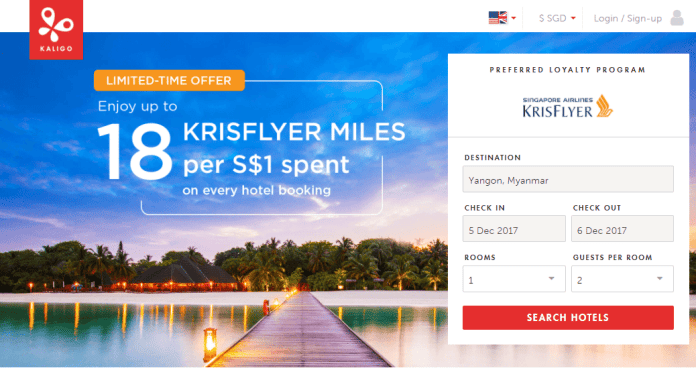 The promotion gives a 50% bonus on the base miles you’d normally earn, as illustrated below.

18 mpd is certainly a showstopping figure, and I’d book rooms in a heartbeat at that rate. The problem is, hotels at the 18 mpd rate are extremely elusive.

For example, I have an upcoming business trip to Yangon which is sadly Starwood and Marriott-less. I was hoping to book a hotel through Kaligo to at least max out the miles I earn (since there’s no question of earning elite status credit or points), but none of the listings reflected the 18 mpd advertised, even after I registered my account for the deal.

Instead, I found varying rates of just under 4 mpd for most of the listings.  At first I thought this was a presentation issue, in that the bonus miles would reflect on the final screen. But then I clicked through to the final booking screen for one hotel…

…and saw that Kaligo was in fact awarding 4 base miles per dollar on this hotel, plus 2 more as the bonus. Which meant that the promotion was reflecting properly, it’s just that I hadn’t identified a 12 mpd base hotel.

This issue kept repeating itself when I searched other geographies. In Singapore the rewards rate was a bit better. I saw hotels anywhere from 4-11 mpd (Hotel Michael had 17 mpd, but it was the exception) 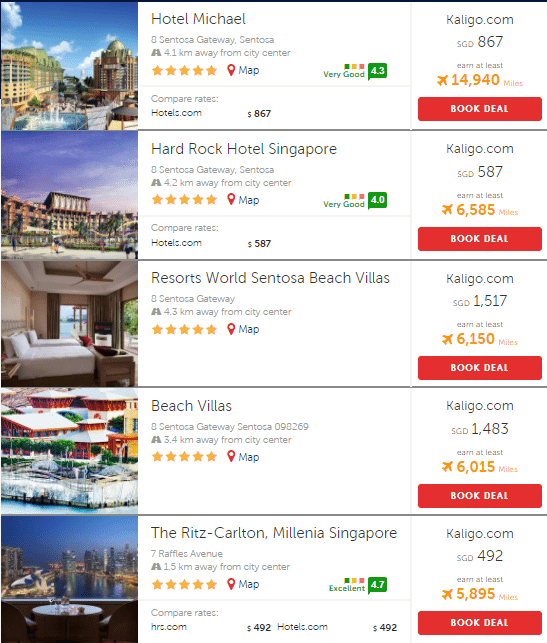 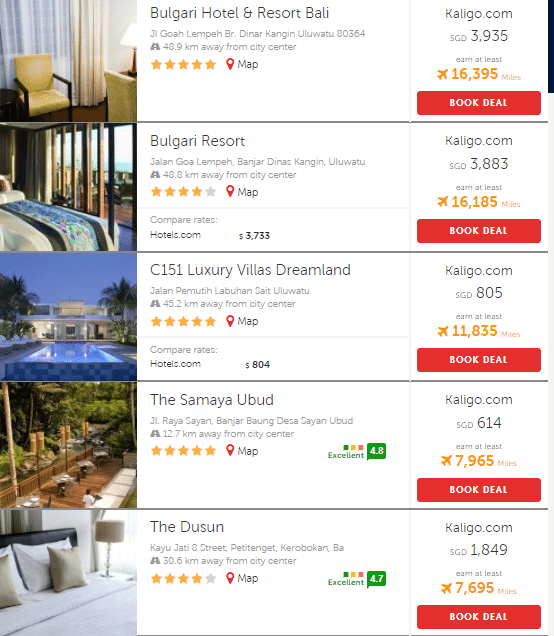 I finally had some luck in Bangkok. Most hotels were at the 4-11 mpd range, but the Holiday Inn was offering 19.6 mpd and the Courtyard by Marriott 20 mpd. I can’t explain why this is above the 18 mpd promotional rate, but I suspect that Kaligo’s miles awarding algorithm has some funny stuff going on in the backend. My guess is that it dynamically calculates the miles to offer based on hotel demand, hotel commissions, the presence of internal promotions and other factors, and I just got lucky in this case. 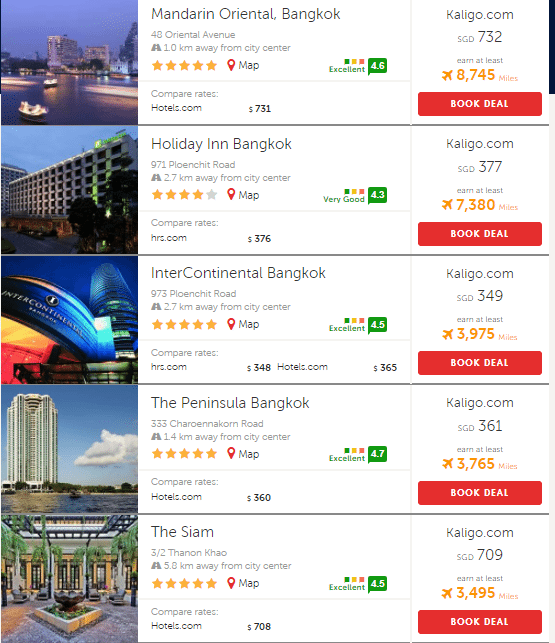 I could keep going, but if suffice to say hotels offering 18 mpd were few and far between. If you can find an 18 mpd hotel, you should absolutely go for it. But it does seem like a bit of a bait and switch on Kaligo’s part to advertise “up to” 18  mpd and then make the consumer hunt high and low for one that actually does.

The last point to note is that Kaligo’s rates tend to be higher than other OTAs, so you should shop around to make sure you’re not paying above market rate when you book hotels.

Aaron Wong
Aaron founded The Milelion to help people travel better for less and impress chiobu. He was 50% successful.
Previous article
Buying an iPhone with your miles might be the dumbest idea ever
Next article
Mileslife increases referral bonus to 1,000 miles for limited period

I find Kaligo’s rates to be significantly higher than anywhere else though. So much so that you’re basically paying for these additional miles.

ha, you beat me to it. yeah, that’s another important caveat to mention when using kaligo. although i have found cases where they’re more or less on par with the competition. they also added a comparison tool to show how other OTAs are pricing (but i’ve never verified how accurate that is)

Indeed, and I personally only end up booking only when any room rate was discounted. I sometimes even find that Rocketmiles provides more miles in the end at Kaligo-comparable rates.

Even if the rate for a 20mpd hotel is the same, I’m forking out 20-30% more for the hotel stay (vs other decent hotels in the same area) just to get the extra mile. Case in point: Courtyard Marriott BKK.

I wonder if it can be stackable with DBS Altitude or Citi Premier promotion of 10miles/$?

I thought it’s stackable coz kaligo gives seperately from DBS

then we should pair it up with DBS WWC

woah, wasn’t even aware that kaligo was available via kf spree. that deserves a write up…

I agree with what people have said but would add that in some instances, kaligo offers a refundable rate while other sites give you the same price but it is non refundable. However you do have to go through the booking process to find out this information (no need to pay though). I value the flexibility. Also they don’t tell you the miles per hotel so it is a lot of arithmetic!