Singapore Airlines’ new B787-10 to fly to Perth next

Singapore Airlines is sending their new Boeing 787-10 to Perth in May 2018, making that short hop more comfortable.

Just a few weeks back, it was announced that Osaka would be the inaugural destination for Singapore Airlines’ new Boeing 787-10 aircraft. Hot off the press today, Perth was announced as the next destination to be served by the Boeing 787-10. Currently, this route is serviced by their 2-class Boeing 777-200/ Airbus 330-300 aircraft with business class laid out in a 2-2-2 configuration and economy in a 3-3-3/2-4-2 layout respectively. (Edit : Ian has pointed out that SQ213/226 uses the reconfigured Boeing 777-200ER with 2006 J product, thanks Ian!) 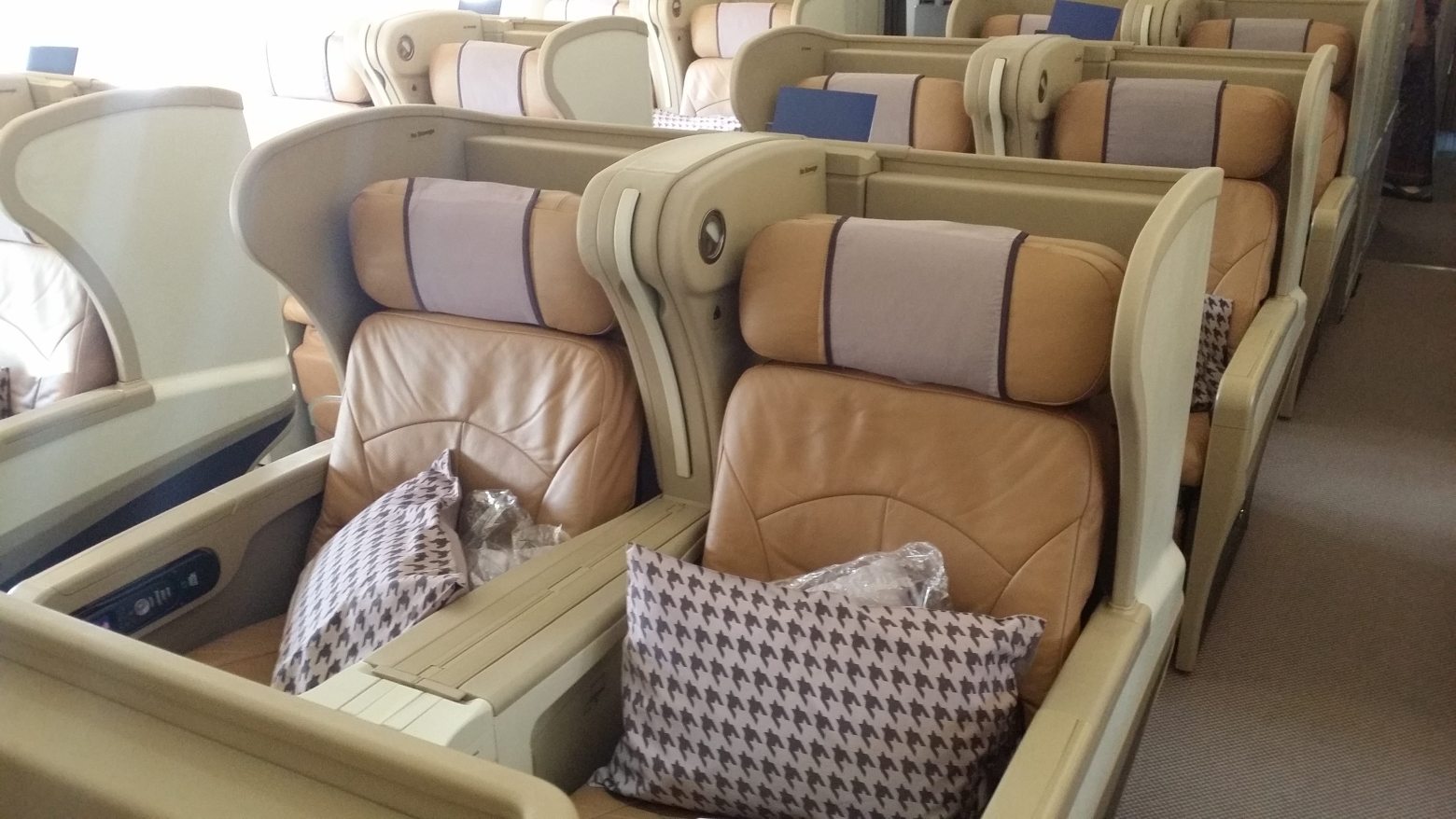 and here’s what the purported new regional business class seats would look like on the 787-10 :

Flights scheduled to begin in May 2018 , award space excellent

Checking day by day on the SQ website (I swear Aaron doesn’t pay me enough), I’ve managed to find that (EDIT : it appears SQ has slotted the 787-10 for 7 May on SQ223/SQ214 as a one off before regular scheduled services on SQ215/SQ216) 8 May 2018 would be the first day of operation for the 787-10 to Perth with it departing as SQ215 from Singapore to Perth and returning as SQ216 from Perth. The flight would leave Singapore at 1845 and reach Perth at 2355 the same day (Perth and Singapore are both GMT+8), the ground time for the aircraft is about an hour and after getting spruced up and meals restocked, it would depart Perth at 0110 with wheels down at Changi at 0635.

Currently, there’s still at least 2 Saver seats available for the flight to Perth on 8 May 2018, as confirmed by using both KVS and the SQ website :

The flight back from Perth on 9 May 2018 also still has at least 2 Saver seats available, so if you were to fly to Perth and back just for the thrills, you’d be able to do so.

Also, my guess is that Perth doesn’t really get much love from tourists thus explaining why award space is quite open throughout the year.

Matthew Chong
Addicted to luxury travel while trying not to go broke, Matthew is always on the prowl for the best deals in the travel industry. When he's not busy studying, he can be found trawling the internet and reading up on credit cards, airlines and hotels. He also wouldn't mind taking you out on a date.
Previous article
Review: Cathay Pacific B777 Business Class Hong Kong to Tokyo Haneda
Next article
50% off Singapore Airlines award tickets to Bali is a pretty amazing deal

Oh dang must have missed that. Thanks for the tip!