Qatar Airways has launched some limited time two-to-travel economy class fares to select cities in Europe starting from S$749. This sale runs until 26 March 2018. Tickets bought during this sale are valid for travel between 1 April 2018 and 30 November 2018. These deals are bookable on the Qatar Airways website.

There are 6 European city pairs available in this sale. Athens at S$789 is a steal should you be able to price it out on the Qatar Airways website, potentially making it cheaper than Scoot.

These are two-to-go fares, but there are savings to be had over the year-round travel deals. For comparison, fares to Copenhagen are normally going for S$1,000~ per person on QR’s year long promotion. If you’re able to snag the flash deal fare, you would only be paying approximately S$873 per person.

If you’re heading to Oslo, the fare that Qatar Airways is currently offering at S$869 is quite good value. In general, Qatar fare deals make the most sense when you’re looking at destinations not served by SIA, because then you’d be looking at one-stop options regardless. Qatar serves quite a few holiday destinations like Budapest, Prague, St Petersburg, Venice and Nice which you can’t reach direct from Singapore.

Fares booked during this sale are mostly booked into the W fare bucket, which comes with some mileage accrual on Qatar Airways Privilege Club. It will also earn you QPoints which will contribute to your status earning endeavour on Qatar Airways.

Should you not want to credit it to Privilege Club, here’s a list of other programs which would allow you to accrue miles when flying on Qatar Airways : 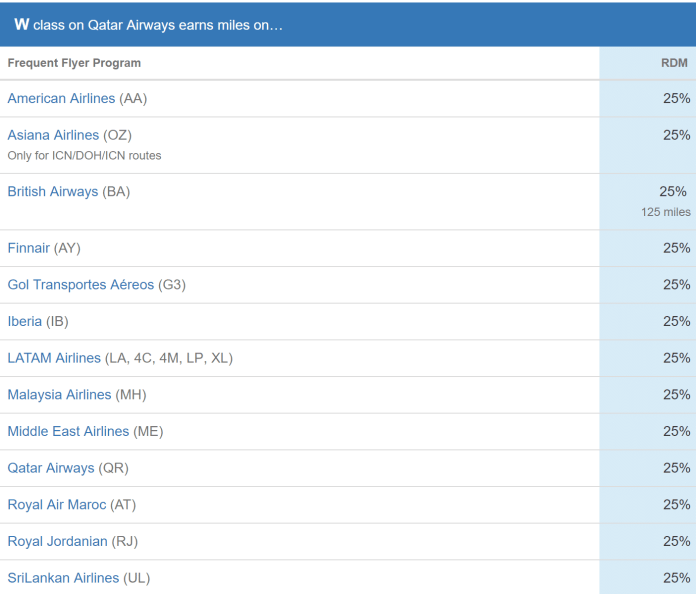 Which card should I use?

You can use the following cards to perform your booking on the Qatar Airways website.

Sub-S$800 round trip tickets to Europe are excellent value, even if they’re in economy. If none of the six destinations on sale are where you’re heading, you may want to check out the year round deals which only require a single traveler.

Matthew Chong
Addicted to luxury travel while trying not to go broke, Matthew is always on the prowl for the best deals in the travel industry. When he's not busy studying, he can be found trawling the internet and reading up on credit cards, airlines and hotels. He also wouldn't mind taking you out on a date.
Previous articleFly to Europe from S$774 with Finnair and Zuji
Next articleReview: Singapore Airlines A380 New Suites Singapore to Sydney

These flights dun earn miles on Cathay or Qantas ffp?