These fares must be booked by 31 March 2018 and tickets bought during this promotion are valid for travel between 28 March 2018 and 31 December 2018. However do note that if you have purchased flights to Australia, your travel window is between 1 April 2018 and 12 December 2018.

Many destinations on sale

One good thing when tickets on Emirates goes on sale is that since their network of destinations is massive, you should be able to find fares to almost any destination in the world.

Economy class fares start at S$399 to Colombo and stretch as high as S$3,000 for a round trip economy class ticket to Rio de Janeiro. Yes, you read that right. S$3,000 to fly to Rio in economy class. Let’s just say the Road to Rio isn’t a cheap one if you’re flying on your own dime.

Emirates serves every destination on the globe with either their Airbus A380-800 or their Boeing 777-300ER. In terms of the seat width and pitch in economy class, those on the Boeing 77Ws are a tad tighter than those on the A380, so if you have been blessed with long legs or are fat like me then I recommend picking the flight that’s operated by the A380 just so you’ll be a little more comfortable.

Entertainment wise, they boast the largest in flight entertainment system in the skies nicknamed ICE. With the IFE screen size at 13.3 inches in economy class, I can’t think of any other airline out there that matches the sheer wideness of the screen. Every seat also features an international power socket and a USB port, perfect for your power hungry devices.

A word of caution, friends of mine who have flown Emirates have told me that Dubai is a nightmare for transit. So it’s best that you minimize the time spent in Dubai…unless of course you’re booked in business class or first class then that’s a whole different story. Or if you’re feeling generous and want to pay your way into the Emirates business lounge to escape the herds, that’s a decent option too.

Speaking of business class, this sale also covers the business class cabin on Emirates. Fares start from S$2,899 to Melbourne which isn’t exactly cheap, but you’ll get to enjoy the on board bar on their A380 aircraft. An important point to note is that Emirates operates three different types of business class across its fleet, so if you’re purchasing a business class ticket on Emirates, be sure to select your flight and aircraft pairing wisely for maximum enjoyment. You wouldn’t want to be stuck in a 2-3-2 configured Boeing 777-300ER when you could have booked the 1-2-1 configured A380 with the on board bar.

If you want to splurge and try Emirates’ shower suites, First Class to Melbourne is available for S$6,999 round trip… 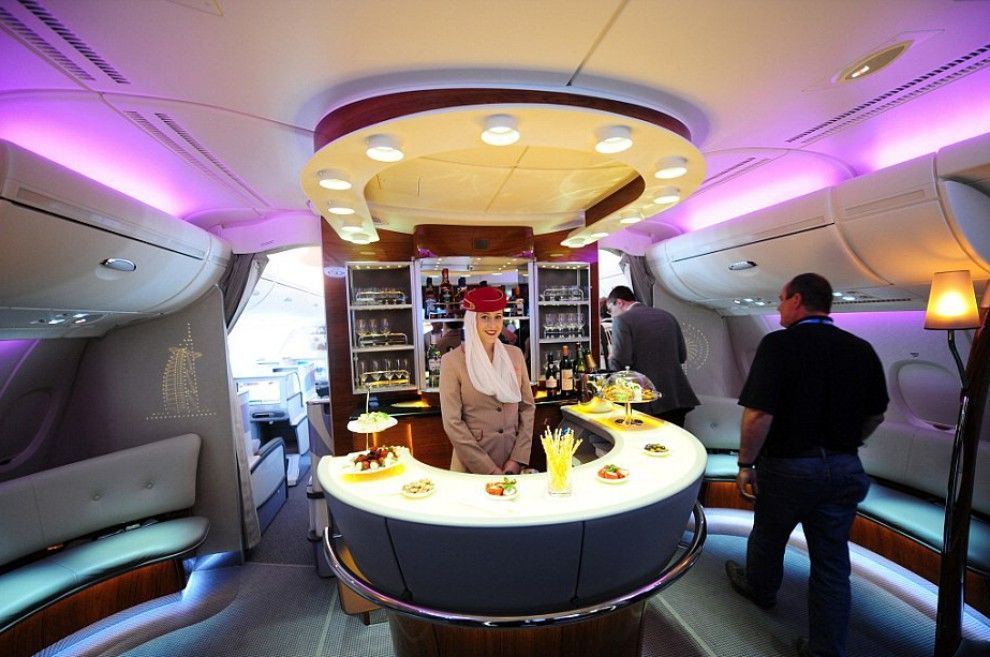 There are currently a few other fare sales out there, so be sure to do your homework before booking your flights. Sadly, Emirates isn’t part of the three airline alliances so you either have the option of having orphan miles in their Skywards program, or credit them to Alaska where they might be particularly handy.

Until the day where I’ve amassed enough Alaska Miles or Skyward miles to perform my dream booking for Emirates first class and have a nice relaxing shower at 40,000 feet in the air, I guess I’ll just have to settle for economy class for now.

As always, you can use the following cards to perform your booking on Emirates to maximize your returns :

Matthew Chong
Addicted to luxury travel while trying not to go broke, Matthew is always on the prowl for the best deals in the travel industry. When he's not busy studying, he can be found trawling the internet and reading up on credit cards, airlines and hotels. He also wouldn't mind taking you out on a date.
Previous article
Introducing The Milelion’s Den, a happy place to be
Next article
Qatar Airways 48 hour flash sale offering Thessaloniki from S$899, Philly from S$1,319

Sorry to disagree but it is quite easy to travel to Rio for less than 3k. I put in some phantom dates and got 1229 for lhr-rio. If you combine that with the current sale fares of 800 plus, that’s a good deal cheaper. Also have to disagree with what your friends said. I have connected through Dubai multiple times (in economy, business, and actually leaving the airport) and it has always been a smooth experience. The a380 bar is super cool and probably one of my best aviation experiences ( esp since I have no desire to shower on… Read more »

We know who the idiots are with the manners…that’s for sure! just look in the US…plenty there