OCBC VOYAGE cardholders take note- be sure to update your insurance payments by 1 October 2019.

OCBC will be updating the T&C for the OCBC VOYAGE card effective 1 October 2019. 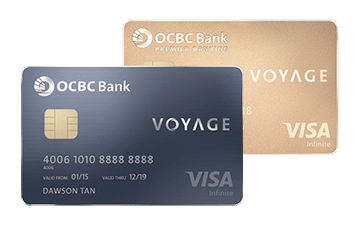 Here’s the existing T&Cs, and the revised set. I’ve done a comparison of the two, and apart from some formatting edits and clarifications, the main changes relate to the exclusions for points earning.

No more points for insurance payments

In the old version of the T&Cs, payments to Great Eastern General insurance and NTUC Income were excluded from earning points. It followed that all other insurance payments were kosher.

In the new version, OCBC has excluded the entire MCC range for insurance- 5960 and 6300 are now completely out. 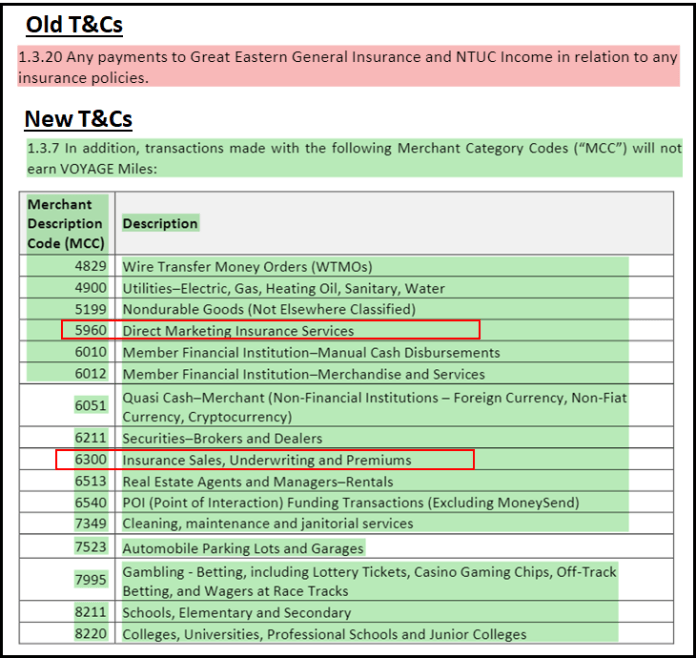 This means that if you’re looking to pay insurance bills with credit cards, your options are:

No more points for gambling transactions

This one surprised me, because I assumed all along that all banks excluded gambling transactions. Come to think of it, the only instance I know where credit cards can be used to pay for gambling is at the casino levy kiosks at RWS. Whatever the case, the OCBC VOYAGE will no longer award points on such transactions from 1 October, so you’ll have to roll the dice with another card.

The only other change I found interesting was the addition to Term 2.2 regarding complimentary airport transfers. The new wording requires the cardholder to be present for each service- something I thought was already the case but I suppose they needed to spell out in black and white.

Apart from that, the OCBC VOYAGE’s miles earning rates, airport transfer and lounge benefits remain unchanged (remember that the lounge guest benefit lapsed on 15 August). Although the T&C refer to a 2.3 mpd FCY earn rate, do note that the VOYAGE 2.4 mpd FX promotion is still in effect till 31 Dec 2019.

It’s increasingly hard to earn miles “for free” when paying insurance premiums, so it may only be a matter of time before customers have to bite the bullet and pay an admin fee for the privilege of doing so.

In some European casino’s you can withdrawal cash directly from your credit card at the cashier, or at a non-ATM machine with Gambling Transactions MCC.
Some even don’t charge fees for it.

Really noticing OCBC Voyage cutting down a lot of its credit card perks this year. Firstly it was the Plaza premium lounge benefits whereby if you bring guests you have to pay a fee. Now it’s no miles accrual for insurance payments. Super tough to earn miles now considering some people actually factor in miles accrual when purchasing certain insurance plans as another reason before purchasing a plan. I will still keep my OCBC Voyage card for now, as it’s still giving 1.6mpd on transactions. Really hope no other new rules suddenly kicks in to trigger customers into canceling their… Read more »