Travel restarting? What you need to know about Singapore’s Green Lane arrangements

Singapore's proposed green lane arrangements don't mean holidays, but they do bring us one step closer.

As Singapore looks to end its Circuit Breaker and move into a three-phased approach to resume activities, many are no doubt wondering when travel will once again be possible.

There are some early encouraging signs- Changi Airport will reopen to transit passengers from June 2, Scoot has announced an expanded schedule for June, and domestic travel is returning around the world. There’s also been talk of “green lanes” between Singapore and other countries in the region, which would be the first step to re-opening our borders.

Does this mean your next holiday is just around the corner? Probably not- but it does mean we’re one step closer.

A green lane is conceptually similar to an air corridor, sky bridge, or travel bubble. The idea is to allow residents on both ends to move freely between the two countries. They may be subject to testing on departure and arrival, but crucially, there’s no mandatory quarantine requirement.

It won’t be the smoothest of travel experiences, but at least it’ll be feasible- if travelers have to do two separate 14-day quarantines, there’s not much point in venturing abroad at all.

On May 29, Singapore and China announced that they would set up a Green Lane to facilitate essential travel for business and official purposes.

This arrangement would initially apply to travel between Singapore and the provinces of Shanghai, Tianjin, Chongqing, Guangdong, Jiangsu and Zhejiang, before gradually expanding to the rest of China. 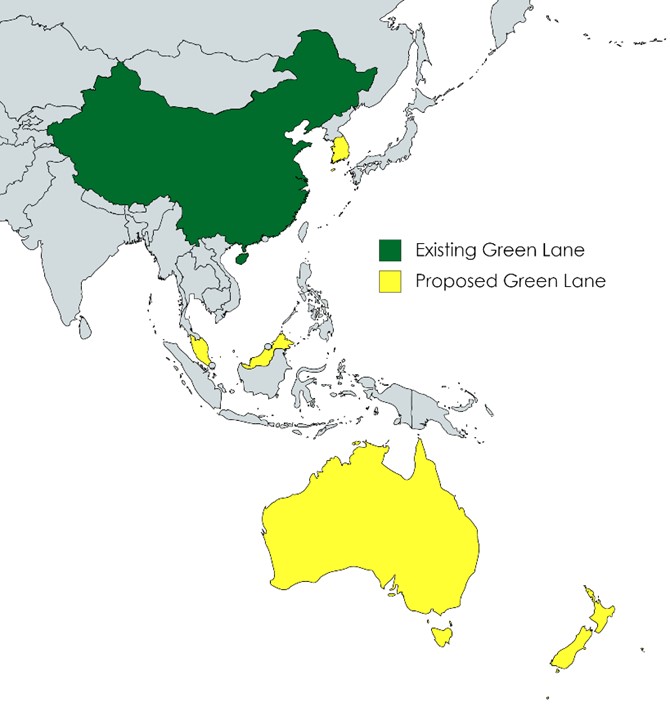 The Singapore government has also revealed that talks are underway with Australia, Malaysia, New Zealand, and South Korea to establish similar arrangements. As per Trade and Industry Minister Chan Chun Sing, Singapore is in “in simultaneous discussions with as many countries as possible on forming green lanes.”

Only for essential travel (at first)

That countries are looking to reopen borders already represents a great improvement from where we were a couple of months ago.

However, I think we’ll need to temper our expectations regarding leisure travel. As much as I’m dreaming about a year-end holiday to Australia or New Zealand, the authorities have taken pains to emphasize that leisure travel is still some time away.

In the words of Minister Lawrence Wong:

Don’t let that be a downer though, because resuming essential travel is an important step towards the eventual resumption of leisure travel.

When essential travel begins again, the authorities will have the kind of low-volume environment they need to test and establish different policies that may eventually be rolled out for mass travel. How will airport testing work? What types of tests are the most reliable? How do you direct and segregate traffic within a terminal? What procedures do you need in place to deal with infected individuals?

All these are issues that need to be addressed before we can go on holiday again. So chin up, the resumption of essential travel benefits you too.

What’s the definition of “essential travel”?

As far as I know, the Singapore government has no official definition of what constitutes “essential” travel. In fact, few governments do, leaving it instead to the discretion of individuals.

I think we can all agree that sightseeing or shopping trips aren’t essential, but business travel is somewhat more difficult to classify. If there’s one thing the Covid-19 pandemic has shown, it’s that if push comes to shove, many business meetings can be done virtually.

There’ll always be a role for business travel of course, but I suspect that companies will need to provide justification before approval is granted. In any case, even when restrictions are lifted I’d wager that most firms will be hesitant at first to send their employees out unless absolutely necessary.

For the sake of reference, here’s some guidelines issued by the Canadian government defining “essential travel” between Canada and the USA.

I think there’s some elements here we may adopt for Singapore, with tweaks to reflect our own circumstances. For example, we attract a lot of medical tourism from around the region- it’s possible that non-elective procedures will be allowed to resume, but elective procedures still barred.

What about travel elsewhere?

You may have read that Greece, Iceland, Italy, Spain and other European countries are planning to reopen their borders this summer. Closer to home, Bali is hoping to reopen as early as July.

Although these countries may accept you without a quarantine requirement, you’re going to want to think long and hard about taking those trips. That’s because so long as the Singapore government hasn’t lifted its advisory against all non-essential travel, you’re going to be subject to a 14-day SHN (at your own expense) at a dedicated facility upon return.

Moreover, should you contract Covid-19 as a result of traveling against government advice, you’ll be liable to pay the unsubsidized rate at public hospitals, and can’t use your MediShield Life or Integrated Shield Plan for treatment whether at a private or public hospital.

Simply put, it’s not worth the risk.

Singapore’s proposed green lane arrangements may not apply to most of us directly, but they’re an important milestone in reopening borders and returning to normalcy.

So give it some time and be patient. At the very least, we (God willing) will be able to resume normal activities in the weeks to come, and then a fascinating expedition to Sentosa is on the cards.

Aaron Wong
Aaron founded The Milelion with the intention of helping people travel better for less and impressing chiobu. He was 50% successful.
Previous articleUpcoming Webinar: Covid-19 and Credit Card Strategy
Next articleAnantara hotels selling gift cards with a 30% bonus

A COVID-19 PCR test is now the de facto requirement for flying. But what's the cheapest way to get tested in Singapore?
Read more

The government has said that when travel resumes there will have to be testing for both departure and arrival passengers.

But the number of testing kits available is limited and priority must be given to the sick, healthcare workers, those in nursing homes etc. Plus there will also be a need to test those who cross our land border.

On top of all this, will passengers want to pay for four tests to avoid the 14-day quarantine? Vienna Airport is charging €190 ($300) a test.

Travel for leisure seems quite far away …

Not to forget that testing comes with two kinds of results – positive or negative. It’s like gambling with your ticket (presumably booked in advance)

to encourage people to even buy tickets, i have to imagine that airlines will offer some sort of protection in the event you can’t fly?

Agree with this. There will be enormous pressure to sell tickets. Commercially, airlines will have to be less stringent on change fees if people can’t fly for whatever reason.

I thought that China was closed till 1st October…?

Citi PremierMiles Card
Get up to 45,000 miles with $9K spend in first 3 months
Offer Expires: Jun 30, 2021
See All Offers
Offers may only apply to new-to-bank customers. Read T&Cs for full details.
Advertisment 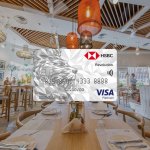