Not too late: 8 hotel staycations for December that aren’t ridiculously priced

December hotel rates were always pricey in Singapore, and despite COVID-19, this year should be no exception. With no international travel happening till 2021 at the earliest, the only way to get out of the house is a staycation- and hoteliers should be doing a brisk trade.

Here’s the good news: it’s not too late to book a year-end staycation. While you can forget about hotels like the Capitol Kempinski, Marina Bay Sands and Shangri-La (where rates have reached frightening levels), there’s still a few deals to be found this last minute.

I’ve compiled a list below for your consideration. Do note that all hotels below are eligible for SingapoRediscovers Vouchers (SRV), which let you save a further S$100 off. You can also stack this with further savings from the right credit cards; which I’ve written about in this post.

Park Hotel Clarke Quay takes reservations from 9 December 2020, and the room-only rate on the hotel’s website for December stays ranges from S$209 to S$424 nett (I’m already factoring in the 10% discount given to members of the free-to-join Park Rewards program).

Klook is offering a 1 Night-Stay in a Superior Room with Breakfast & S$10 Nett F&B Dining Credit for Two package from S$130 nett, and the highest you’d pay in December is S$170 nett. That’s a heck of a good rate for a hotel room on New Year’s Eve. 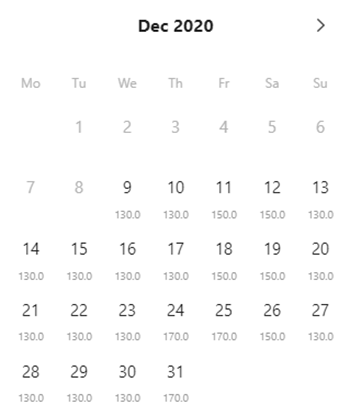 Grand Park Orchard is scheduled to reopen for staycations on 9 December 2020, and if you check out the official website, you’ll see that room-only rates in December vary from S$225 to S$450 nett.

However, Klook is offering a 1-Night Stay in a Deluxe Room with Breakfast for Two that starts from just S$150 nett. More importantly, there’s good availability throughout December, and the highest price you’d pay (New Year’s Eve) is S$280 nett- much less than the official site. 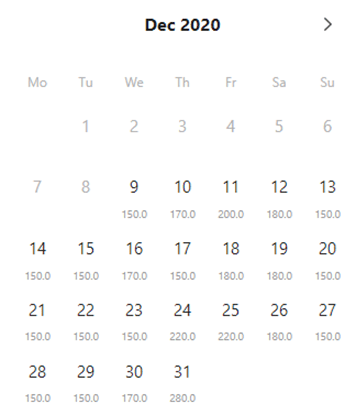 It’s a very similar story for the Grand Park City Hall, which reopens for staycations from 12 December 2020. Rates on the official site for December stays range from S$257 to S$524 nett.

Book via Klook, and the rate for a 1-Night Stay in a Deluxe Room with Breakfast for Two starts from just S$150 nett. You can find this rate on on 12 of the 20 nights the hotel is open in December 2020, and the highest rate you’ll pay (again, for New Year’s Eve) is S$280 nett. 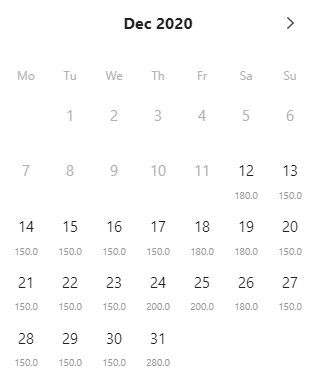 Club rooms are also available here for the same S$60 nett top-up as the Grand Park Orchard (look for 1-Night Stay in a Club Deluxe Room with Breakfast and Club Benefits for Two).

It’s not the snazziest of hotels, but if a simple getaway is what you crave, Klook is offering a S$198 nett rate at the Four Points by Sheraton Riverview for every night in December (except New Year’s Eve). 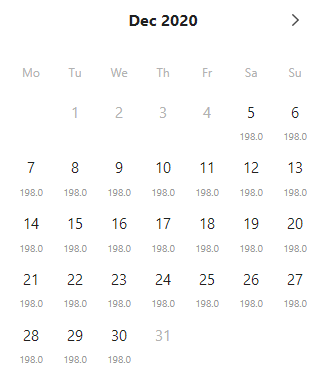 This includes breakfast for two adults and S$88 of F&B credits per stay. Minus your S$100 SRV and you’re paying just S$98 out of pocket.

An Urban Den room at the One Farrer Hotel starts from S$202 nett on Trip.com, with breakfast included.

This is significantly cheaper than what you’d pay on the hotel’s official website for a similar breakfast-included room, plus you can use your SRV to pay on Trip.com. 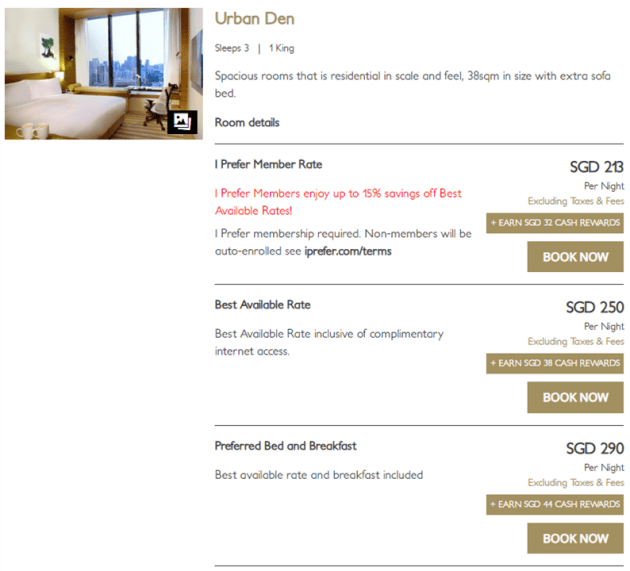 Book the Orchard Rendezvous Hotel through Trip.com, and you’ll find a breakfast-included rate in a Deluxe Room from S$201 nett on December weekdays. Guests can pick from a guaranteed 10 a.m check-in or a guaranteed 4 p.m check-out as well.

This rate is after deducting a S$15 promo code available to DBS cardholders- use the code DBSHTL15. For avoidance of doubt, you can use both this promo code and your SRV to pay.

Trip.com is offering a Superior Room at the Oasia Hotel Downtown from S$229 nett, with breakfast included. For comparison, the lowest rate I see on the official website is S$238 nett, which does not include breakfast.

This rate is after deducting a S$15 promo code available to DBS cardholders- use the code DBSHTL15. For avoidance of doubt, you can use both this promo code and your SRV to pay.

It’s also possible to book a club room for S$275 nett, should you want lounge privileges.

Trip.com has a special package at the Oakwood Premier AMTD that prices at S$310 nett throughout December. Use the code DBSHTL15 (pay with a DBS credit card) and it comes down to S$295 nett, for which you’ll get:

You may need to click the “show more” button to get this rate to appear. Be sure to double check the details (hover your mouse over “free gift”).

Doing a December staycation doesn’t mean having to settle for sky high rates, and it’s not too late to snag some deals. If you’ve really got your heart set on some of the big name hotels, however, you may need to wait till January for things to get a bit more sane.

If you spot any other good deals for December, do sound out below!

Aaron Wong
Aaron founded The Milelion to help people travel better for less and impress chiobu. He was 50% successful.
Previous articleAMEX unveils Platinum/Centurion Christmas offers: No claw machine, but…
Next articleSGFinDex: Review all your credit cards, bank accounts and investments in one place

Thanks! Please add pics of breakfasts as soon as you have them.