From 10 September onwards, travellers from Cat. II countries must undergo a PDT. Here's the details, and what it means for Germany travel.

Singapore has announced an updated set of border measures, which take effect from 9 September 2021, 2359 hours.

In short, the window for a pre-departure PCR test (PDT) before returning to Singapore will be shortened from 72 to 48 hours, and will be a requirement for Category II countries/regions as well.

Singapore will also add eight more countries to the Category III list, allowing fully-vaccinated travellers to serve their SHN at home instead of in a hotel.

From 9 September 2021, 2359 hours, all inbound travellers entering or transiting through Singapore from Category II, III and IV countries/regions must produce a negative PDT taken within 48 hours of departure.

This supersedes the old rule whereby Category II was exempt from the PDT requirement, and Category III/IV could do the PDT within 72 hours of departure.

This adds a potential complication for anyone returning from a Category II country/region. Remember, ICA states that individuals should not travel to Singapore if they:

If your PDT is positive, you’ll have to delay your return to Singapore by at least 21 days.

Impact on travel from Germany

The addition of a PDT to Category II countries effectively kills the Germany “loophole”, where some travellers might have found it more beneficial to be ignorant of their COVID-19 status.

I elaborated how that would work in this post, but to summarise, travellers from Germany to Singapore have the choice to travel under the VTL or Category II (aka non-VTL).

Another unintended consequence was the possibility that an individual might take a self-administered ART in Germany, then decide how to fly back based on the outcome.

If he tested positive, he might opt to return to Singapore via a non-VTL flight, so as to avoid a positive PDT in Germany. He’d likely test positive on arrival in Singapore, but wouldn’t be on the hook for a 21-day stay in Germany.

If he tested negative, he could then proceed to do the PDT and fly back on a VTL flight, avoiding any SHN.

Never mind the ethicality of boarding a plane while knowingly being a COVID risk, or the fact you’d be lying on your Singapore arrival card (one question asks if you are diagnosed or suspected to have COVID-19 in the past 21 days)- the incentive was there, and it needed to be snuffed out.

The addition of a PDT requirement for Category II countries brings the VTL/non-VTL route onto relatively more equal footing.

The main incremental cost of VTL travel is now a single additional PCR test, which I think most people would be willing to undergo for freedom.

However, the Category II/non-VTL route still has some advantages worth highlighting:

In other news, Singapore will be adding the following countries to Category III:

Fully-vaccinated travellers from these countries may choose to opt out of dedicated SHN facilities and serve their 14-day SHN at home.

If the situation continues to improve in these countries, they could be candidates for an upgrade to Category II and/or addition to the VTL scheme.  Here’s how each country currently treats travellers from Singapore (source: Kayak)

Singapore’s addition of a PDT to Category II countries feels like a step backwards in some ways, especially since Category II measures make no distinction between fully-vaccinated and unvaccinated travellers. It would certainly make Singapore residents think twice before travelling over there.

On the other hand, it does resolve a potentially tricky issue with travel from Germany specifically, removing the incentive for individuals to be willfully ignorant of their COVID status.

None of this has any bearing on the VTL per se, although it does change the calculus involved in deciding between VTL/non-VTL travel.

Singapore extending VTL scheme to Australia and Switzerland from 8 November

At the end of the day..there’s still no way to travel with a peace of mind..it’s counter productive to have the pre-departure PCR test for the VTL flights when the Govt has been been saying “we will need to live with Covid-19 in our midst and vaccination is key”..so what is what?

I’m at peace with the risk of catching Covid in Germany(although low but you can’t rule it out) but having to stay another 21 days at the end of a planned 12 days trip..nah man..

ZYX
Reply to  A K

Well, it can become a political issue, thus the reopening is still so slow…

Sam
Reply to  A K

Yup the many tests and still reporting on daily cases is quite contradictory to what the government has described would happen during the “endemic phase”, also taking into account that we are not over 80% fully vaccinated.

It seems they’ve put some brakes on the policy.

Freddy
Reply to  A K

Air travel will not really take off if the government insists on having pre-departure tests. It doesn’t make sense that we have one of the highest vaccination rates but still have so many restrictions…

I guess we just have to wait for natural selection to take its course and our population would be a lot more robust against the virus.

That’s the right decision, at least for flights which cater to the unvaccinated.

I wish you would not call it a “loophole”, Aaron, as that automatically makes it sound as if somebody had made a mistake somewhere. At the end of the day the absence of another PCR test made it that little bit more attractive for parents with children to travel without having to go through the ordeal of having a swab shoved up to very unpleasant heights. And you talk about people “abusing the system”. While in theory that may have been possible, I bet that the vast majority of people would have stuck to the rules. Also bear in mind… Read more »

I fully agree. Instead of removing PDT from VTL, now we are slapped with a PDT for category II travel.

In general, the miles and points community has a slightly unhealthy preoccupation with finding loopholes and exploiting them (as evidenced by many comments suggesting masking their intra-EU travel under the VTL). Or perhaps it is a uniquely Singaporean thing. Except in this case, said community likely also includes many dutiful public servants who may/may not work for MOH/ICA/CAAS…

For Cat II entry, is the 21-day since last Covid-19 infection requirement still there? I noticed it’s on the VTL details but I don’t find it (or missed it) from the Cat II document.

[Edit: Ok it is in the Overview section https://safetravel.ica.gov.sg/health not specific to Cat II]

That’s a question on the arrival form every passenger needs to fill out prior to departure independent from the lane he/she’s using.

I have a question – if I come back via non VTL flight from Germany, but for personal reasons, I need to find a hotel to do 7-day SHN. How does that work? Do I book any hotel for 7 days to stay there or there needs to be a specific type of hotel that I need to book to? I wonder if I can find one of those small serviced apartments to serve the 7-day SHN.

For Cat II countries (such as Germany) you can do the 7-day SHN anywhere, so long as you are isolated in a room with toilet. So you can book any type of accommodation including service apartments etc.

Most likely someone shoved something down and didn’t give their staff time to sync things across. Cat I & II have always been there. No PDT made sense both politically and scientifically (or some balance). Then came VTL which they wanted to extract max political mileage. But they forgot about the Cat II no-PDT. So it’s not a loophole but something slipped.

SQ has now opened up quite a bit of Saver space, so it’s not just Advantage only (good news for once!). Just got my waitlisted VTL now. However, it looks like the $125 I already paid for my prior return authorization are forfeited with the cancellation of that pass in favor of the newly applied and paid for VTP.

Nice! To confirm, you are not a pps/ solitaire pps right?

I can’t find details anywhere, but would it be possible to travel between multiple cat 2 and cat 3 countries within a 21 day period and serve SHN at a facility of my choice I.e. at home?

the rules of the most restrictive country apply. in other words, you will be under cat 3 rules. if you are fully vacc, you can serve 14 day shn at home.

AMEX KrisFlyer Card
Get up to 17,300 miles & Andaz staycation with $3K spend in the first 3 months
Offer Expires: Jan 31, 2022
See All Offers
Offers may only apply to new-to-bank customers. Read T&Cs for full details.
Advertisment 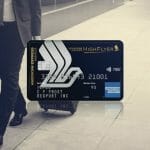 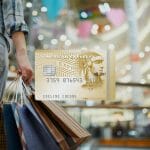 Expires: Oct 31, 2021
Get up to S$180 CapitaVouchers with a new AMEX True Cashback Card- no min. spend; existing customers welcome
3
By Aaron Wong