You don't need to be a Man Utd fan to love 3% cashback and 2 mpd- especially when it's extended to donations, education and utilities.

In all my time analysing the miles game in Singapore, I don’t think I’ve ever come across a more unique card than the Maybank Manchester United Platinum Visa.

Manchester United and Maybank signed an agreement in 2011 which saw the latter become the club’s official retail banking partner in Malaysia, Singapore, and the Philippines. This was followed by the launch of the Maybank Manchester United Card in Singapore in March 2012.

Cardholders normally earn 1% cashback and 1X TREATS Point (0.4 mpd) for every S$1 spent, with no minimum spend and no cashback cap. Like Eric Djemba-Djemba, that’s barely worth considering.

This unique mechanism makes the Maybank Manchester United Card one of those rare cards that’s been devalued almost every year, given how its launch coincided with Fergie’s last season.

In the debut season for the Maybank Manchester United Card, cardholders enjoyed 28 days of bonuses. In the latest season, they only had 16. Think about that the next time you’re tempted to complain about stealth devaluations…

But probability aside, 3% cashback + 2 mpd would make the Maybank Manchester United Card hands down the best general spending card in Singapore, trashing the competition which maxes out at 1.6 mpd. In fact, if you value a mile at 1.5 cents, then you’re looking at a total rebate of 6% on pretty much any transaction!

The first is the blind faith approach: you spend throughout matchday with wild abandon, because only plastic fans doubt their team will win.

But because the UK is 7-8 hours behind Singapore and most EPL matches take place in the mid to late afternoon, it’s rare that you’ll be able to confirm a Manchester United win in advance of spending.

To illustrate, here’s a complete list of Manchester United fixtures for the 2022/23 season. I’ve highlighted in yellow the matches that will conclude before the end of day in Singapore (for the uninitiated, a football match lasts 90 minutes + a 15 minute break).

Out of 38 games, 12 of them will conclude before midnight in Singapore. While that sounds like a decent number, you need to remember that 8 of the 12 will finish at 2345 hours SGT, which leaves you just 15 minutes to spend (and that’s not even counting stoppage time).

Unless you’re already outside, or have an e-commerce transaction lined up (for which you should be using the Citi Rewards or DBS Woman’s World Card anyway), it’s hard to take advantage.

I suppose an alternative approach might be to wait till the 60 minute mark or so, and if Manchester United have a healthy lead by then you go ahead and spend (and pray the goalkeeper doesn’t channel his inner Taibi). But really, in most cases you’ll basically be taking a gamble.

Since it’s not hard to earn a risk-free 4 mpd on most of your spending with the right cards, is the Maybank Manchester United Card nothing more than a thought experiment?

I’d argue no, because I can think of a very solid use case: charitable donations, education and utilities bills. Unlike most banks, Maybank does not exclude these from earning rewards.

What I’m envisioning is a cardholder waiting at home until a win is confirmed, then immediately going on his/her computer and making a donation, settling a tuition fee or paying a utility bill.

Remember: the 3% cashback + 2 mpd applies regardless of transaction currency, and the 2 mpd is uncapped. Moreover, the Maybank Manchester United Card is on the Visa network, so acceptance shouldn’t be an issue.

Given how education is an exclusion category for most banks, and utilities looks set to go the same way, this is a rare opportunity to pick up some rewards without having to resort to GrabPay.

Maybank TREATS points can be transferred to the following frequent flyer programmes for S$26.75 per transfer. 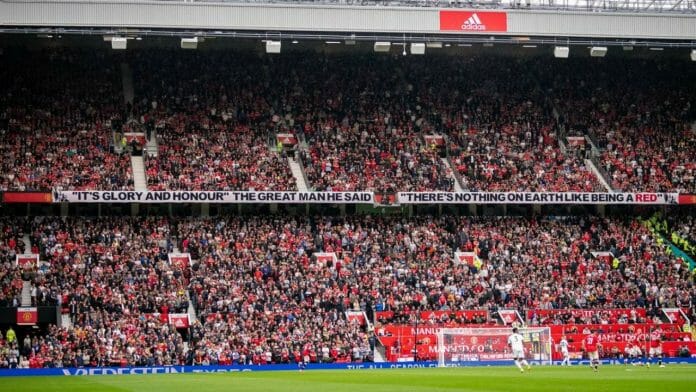 Whatever your allegiance, I’m sure we agree that 3% cashback + 2 mpd on charitable donations, education and utilities is something we can all get behind. That’s assuming you can time your payments to coincide with a Manchester United win, but surely it can’t get worse than last season, right?

And look, you’ll even get 10% off prawn sandwiches when visiting Old Trafford!

Any Maybank Manchester United Card members out there?

have previously clarified with maybank that it is based on transaction date.

Maybank should give the bonus also the day after the match to be fair. Or at least till midnight UK time.

If only transactions before 11.59pm SGT count, one could literally see them win in Old Trafford, buy a beer or shirt 20 minutes later to celebrate, and not get the bonus points on that if it’s already after midnight SGT. Doesn’t seem to be within the spirit of the offer…

Because a true fan doesn’t celebrate *after* the win, he celebrates in anticipation of the win!

Will never get this card. YNWA

Why, but why Aaron do you have to screw up a holiday by causing such trauma? Here I thought your website was a psychological safe space. Ah the tragedy!

if you have trauma as a man u fan, imagine what i go through…

You must be scoring right now!