The yuu Card will appeal to the aunty segment, but if this is "Singapore's Best Rewards Club Ever", we might as well all start earning cashback.

It is my sincere hope that one day, the International Court of Justice convenes a tribunal to investigate the abuses suffered by frontline staff of Cold Storage and Giant, who for the past few months have been subject to Gurmit Singh crooning “nobody nobody but yuu” on repeat, ad infinitum.

For in what universe is this not the most flagrant violation of Article 5 of the UN Universal Declaration of Human Rights regarding cruel and inhuman punishment?

Until that day, however, all we can do is plug our fingers in our ears and look at the newly-launched DBS yuu Card, which you must be familiar with by now either from the wall-to-wall branding at Dairy Farm supermarkets, or the mentally-conditioned check-out staff (one of whom all but shoved an application form into my hands).

The DBS yuu Card has a minimum income requirement of S$30,000 p.a. and an annual fee of S$192.60, waived for the first year. It’s offered on both the American Express and Visa networks, but network-specific benefits aside, there’s no substantive difference between the two.

It’s important to distinguish between the yuu Card and the yuu app (Android | iOS). They’re intended to be used in conjunction- at check-out, you swipe the yuu Card to pay, and present the yuu app’s ID code for scanning. In practice, however, you can use them independently:

In this post I’ll be mainly focusing on the yuu Card.

Let me first answer what’s perhaps the most pertinent question out there: yes, there is free money up for grabs.

All DBS yuu Cardholders will receive a S$10 cash credit when they activate their card by 31 December 2022, no minimum spend required. This will be credited to your account by 20 February 2023, and applies even if you’re an existing DBS/POSB cardholder.

If you’re a new DBS/POSB cardholder, you can get a S$250 cash credit when you spend a minimum of S$500 within 30 days of approval. I’d personally wait for another S$300 cash offer to come around, though.

No prizes for guessing that the DBS yuu Card earns yuu points, which can be used to offset purchases at yuu merchants at a rate of:

yuu points expire two years after they’re earned, but given the low burn threshold, there’s really no reason why expiry should be an issue.

The DBS yuu Card advertises a total earn rate of up 30x yuu points, or a 15% rebate. This is plastered all over its website and marketing materials. 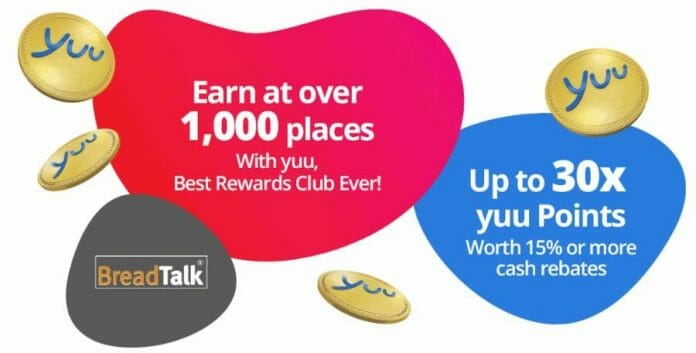 However, this claim is disingenuous at best, because it’s mathematically impossible.

Suppose you make 5x transactions of S$80 at DFI/BTG in a spend period, all on eligible products. You’ll receive: 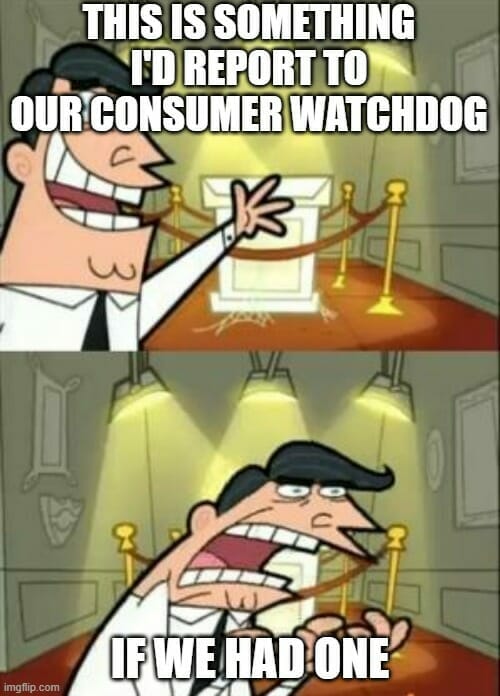 The default earn rate for the DBS yuu Card is 1 yuu point per S$1 (0.5% rebate)– keep in mind this rebate comes in the form of a captive currency that can only be spent within the yuu ecosystem, although to be fair you could say the same thing about airline miles.

That said, you’re not meant to use the DBS yuu Card outside the yuu ecosystem (some people invariably will though, and bless them for subsidising everyone else). When you spend at yuu merchants, you’ll earn a total of 5 yuu points per S$1 (2.5% rebate).

Now here’s where it gets a bit more complicated, so stay with me. 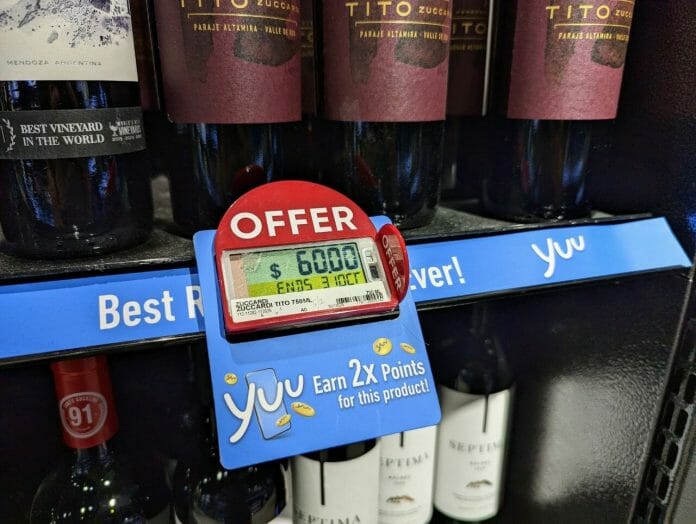 Spend periods follow the calendar month, with the exception of the first period which overlaps October and November.

I realise I’m not the target market for this card, but even so, it’s hard to get pumped up about all this. Leaving aside the fact these bonuses end on 31 January 2023, we’re talking about a maximum bonus of S$38 per month (7,600 pts), perhaps slightly more if you only spend on those selected 2x yuu points products.

And once February 2023 comes round, the DBS yuu Card will max out at a 2.5% rebate at yuu merchants. It’s hard to pick that over 4 mpd, which I could get with the HSBC Revolution (at supermarkets) or UOB Preferred Platinum Visa (at all merchants which don’t earn UOB$).

But perhaps I’m approaching this the wrong way. I don’t imagine that yuu had miles collectors in mind when they came up with the programme, or even hardcore cashback users who optimise their spend to the last dollar.

In fact, the true appeal of yuu may be its so-called “aunty deals”, like redeeming a tube of Vitamin C effervescent tablets for 10 points, or a set of face masks for 100 points. 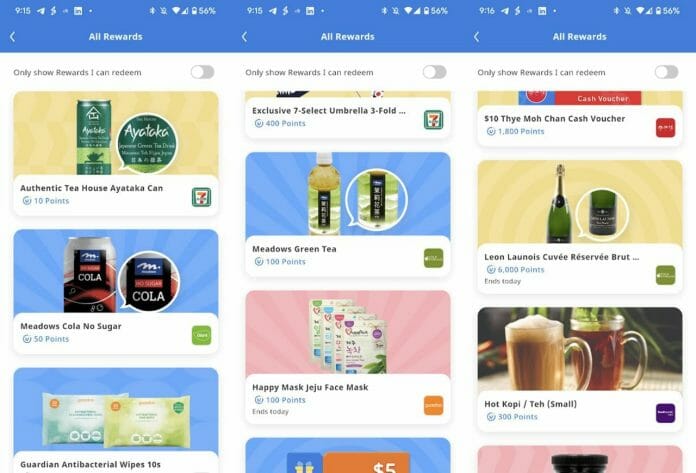 Is 50 points for a Meadows No Sugar Cola the stuff of dreams? Not for most people reading this article, but there’s bound to be a sizeable segment out there who values everyday rewards over jetting off to someplace far afield. Heck, I saw some deals that got me interested, like 6,000 points (equivalent to S$30) for a bottle of Leon Launois champagne (which retails at S$42 when on sale).

In that sense, yuu can be a high-tech coupon clipping app for value-seekers, although it needs to be said again that you can earn yuu points via the app, without the need for a yuu card.

The yuu Card is subject to DBS’s regular rewards exclusions, such as:

There’s nothing surprising there. What is surprising is that yuu can track spending down to the SKU level (i.e. individual items), and as such, is able to exclude points for expenditures made on:

In other words, if you’re buying a pack of extra small condoms and a copy of The Financial Times (as one does), yuu knows.

The actual list of exclusions is even more granular than what’s shown above, to the point that I gave up trying to understand it. For example, BreadTalk will not award points for top-up promos, such as adding S$1 for a drink to complete a meal, and Food Republic will not award points for dim sum or cut fruits. Are those really important enough to carve out individual exceptions? Apparently so.

If you want to scrutinise the exclusions further, be my guest.

Do you really need another loyalty programme? yuu thinks you do (say that in a mirror five times and PCK appears to offer your family affordable home renovations and maybe get-rich-quick schemes).

But I’m not sure how yuu represents a dramatic improvement over the TapForMore programme it replaced. In fact, the process is now significantly more complicated for the less tech-savvy members of the Merdeka and Pioneer Generation, since points redemption requires using the yuu app (versus auto deductions via the TapForMore-linked card previously)- assuming they have a smartphone in the first place! 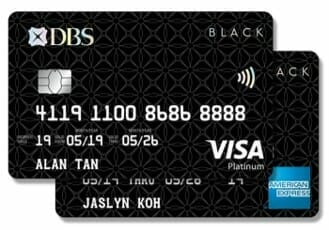 If nothing else though, I still think it’s worth a good chuckle how the DBS yuu Card replaces the pretentious DBS Black Card, which despite its premium positioning was a mass-market card in a nicer suit (the marketing pitch: gold cards are becoming too common in Singapore, so let’s issue a black card instead and approve 100,000 cards in the first 12 months because exclusivity).

I can’t be the only one who finds its funny that a card meant for the creamy de lah creamy of society has been replaced by what’s ultimately an aunty card.

Citi Prestige limo rides can no longer be carried forward

Aaron, if you drink this (I do when its on sale) then its currently on sale for $40 a bottle!

I *distinctly* remember seeing it for $36 in the past, but that was pre covid pre inflation!

wait till you hear the Hong Kong version of Yuu theme song: https://youtu.be/PrKEb-hBYFM

Good heavens, this is something else altogether.

I legit stopped going to CS Fresh because of the song, awful ear assault is NOT OK. 🙅‍♂️

The more I learn about yuu, the more concerned I get about the amount of data it tracks and shares across multiple companies. I suspect the extremely granular exclusion list is there to mainly to provide cover for SKU-level data sharing between yuu’s partners because all of this can now be covered by a generic “data sharing for the purpose of awarding loyalty points” consent that seems a lot more innocuous.

Convolyuuted point-earning system… It takes all parts of the process for points to be awarded correctly, that includes correct tagging of the product sku in the physical store and online. It is challenging to roughly validate the points we receive and probably harder to pursue discrepancies.

They’ve an extended version of the commercial playing on infinite repeat at the Guardian Bedok Reservoir. Inhumane…

There’s Yuu with an app. Then there’s Passion, which is now also an app. They are basically same same…but different. The last thing I need is app #1,254,358 on my phone, especially when there are so many apps that overlap (LifeSG, etc etc. ala-Singpass).

Highly entertaining article. You should start writing for ST. Replace all those boring, terrible structured articles!

Istg the ads for this was always so unbearable. I used to intern ard Orchard and whenever I had to walk to Wheelock Place to take the bus, THE AD JUST KEEPS PLAYING. Even my neighbour started playing it- My poor ears

When was the Black card discontinued? I have fond memories of it from back in the day.

The advertisement is an earful. Honestly, it’s awful. Not against Gurmit or Phua CK. But the way it is presented is like shopee advert.. not original with the I don’t want you theme. Frankly, the new card design is kinda childish even you may have been targeting at the aunties. The uncles still want their fabulous black platinum card. To tell the uncle that the black card will immediately cease and can no longer be in use when one activates the Yuu card is a disappointment. But if the Yuu card is not activated, the black card can last as… Read more »

Can compare to passion card instead of your credit cards. It is not just a card reqard system. It is replacing passion card, no?

Was caught by surprise to receive the card via mail but did not sign up for it. Was appalled that there was unauthorized transaction of USD $10 on a US jewelry shopping website, even though the card was not activated . Called the bank hotline to report it and was told that they will investigate it. Horrendous experience.